Eulogized by literati, admired by emperors and romanticized by lovers, China's West Lake has captivated and charmed people for centuries. The mesmerizing hills topped with majestic pagodas, the willow-lined waters on which vessels dreamily drift, the footpaths lined with benches perfect for meditating... Everything comes together to produce picture-perfect scenery, and each vantage point offers a view as breathtaking as it is unique.

Situated in the eastern city of Hangzhou, West Lake is one of China's most-loved tourist destinations. With its pristine environment and internationally celebrated reputation, West Lake is said to epitomize synchronicity between nature and humans, and generations of Chinese people have contributed to maintaining this delicate harmony. The designs of the lake's parks have also served as the inspiration for gardens all over China as well as some in other countries, such as Japan and South Korea. 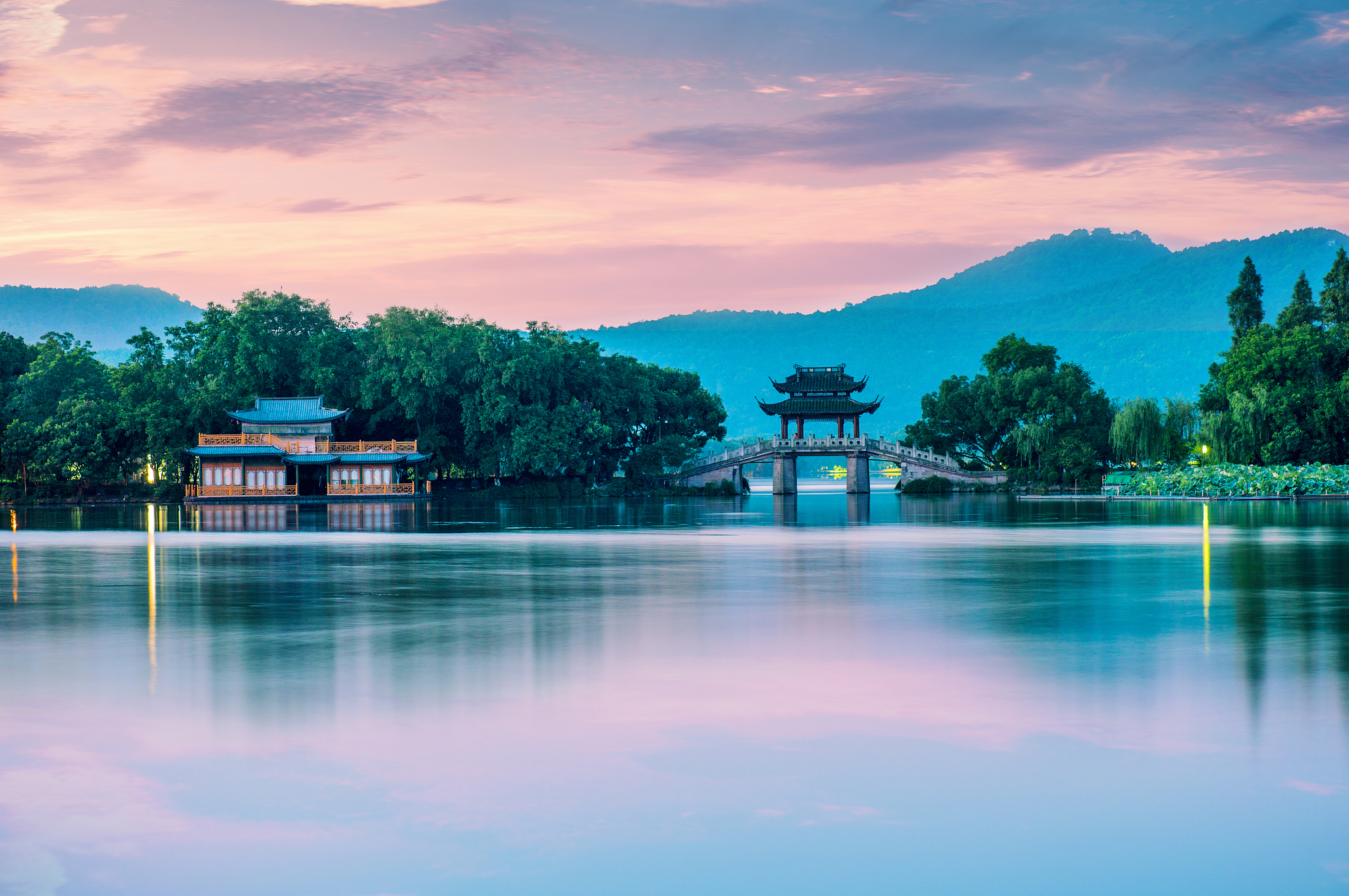 One of the Ten Views of West Lake – Breeze-ruffled Loutus at Quyuan Garden. (Photo: CFP)

Though now regarded as a scenic pearl, West Lake was not always as widely visited as it is today, having once been little more than a lagoon linked to the Qiantang River. Its fate began to change when a Tang Dynasty governor in the eighth century decided to have the marshy waters dredged in hopes of supplying more fresh water to the city's residents.

Shortly afterward, when celebrated poet Bai Juyi (772–846) served as the governor of the region, he ordered the construction of a dyke that helped provide water for irrigation and combat drought. He is said to have often strolled around the lake to admire the scenery. He also contributed to the lake's appeal as a tourist attraction by ordering the construction of the Bai Causeway, which allowed visitors to walk across the lake rather than having to take a boat.

Approximately two centuries later, another poet, Su Dongpo (1037-1101), became governor of Hangzhou, and he again ordered the lake to be dredged in order to help deal with drought. He also had what became known as the Su Causeway built, with multiple bridges that present-day visitors can wander across while taking in the scenery. 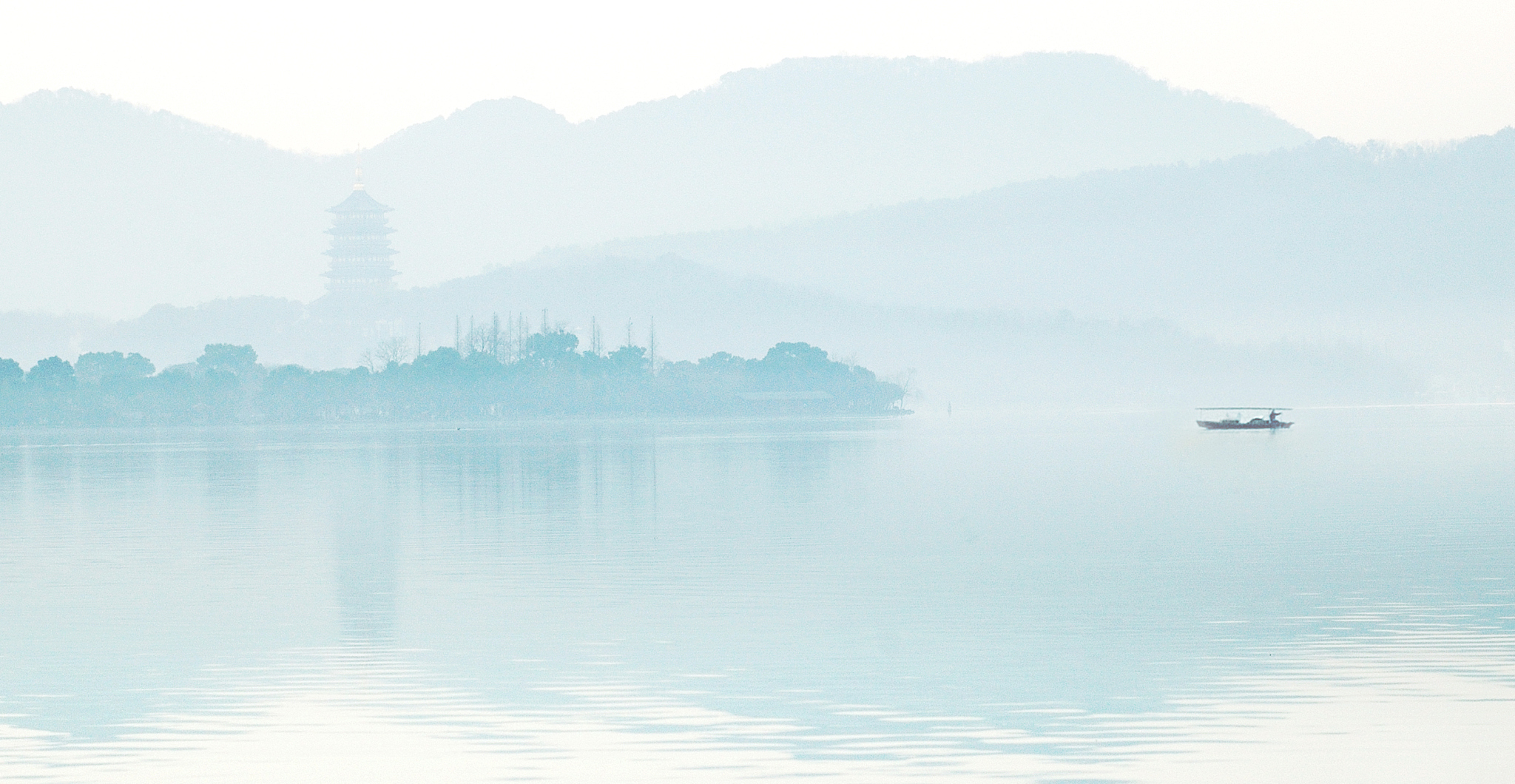 In 2011, West Lake was added to the UNESCO World Heritage List, as the body of water and its surrounding hills boast not only natural beauty but also important historical relics, such as Jingci and Lingyin, two prominent Buddhist temples.

Many West Lake visitors also stop by Su Xiaoxiao's tomb. According to legend, she was a fifth-century courtesan who waited endlessly for her lover to return, and ultimately died of grief. Some say that at night, clinking can be heard near her burial site – apparently the sound of the bells on her dress.

The story of White Snake is set around West Lake, with Leifeng Pagoda being the place where the snake spirit was imprisoned after trying to rescue her lover. Discovering stories such as these highlights the mystery of old Chinese legends and eras that have gone by. 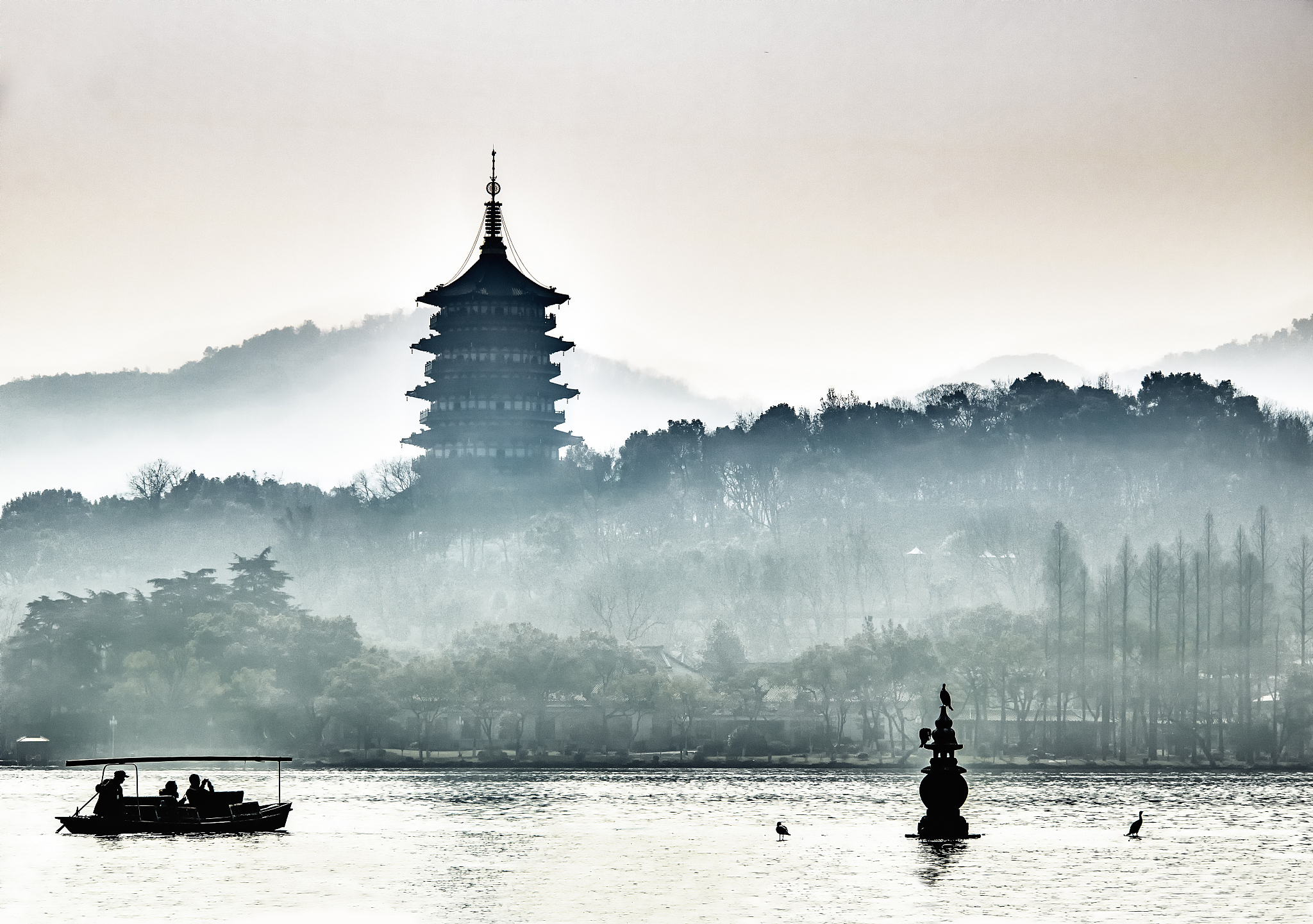 Leifeng Pagoda is one of West Lake's must-see attractions. The view from the top is spectacular. (Photo: CFP)

Although Hangzhou today is a buzzing and energetic metropolis, the pace of life around West Lake remains decidedly slow and serene. Families stroll across the bridges, snap pictures of the surroundings, and sit in awe admiring a scene that has captivated so many generations. The dreamy panoramas are a source of great calm, and any visitor lucky enough to see West Lake in person is sure to bring a piece of tranquility home with them.