Golden week beckons as billions of Chinese hit the road 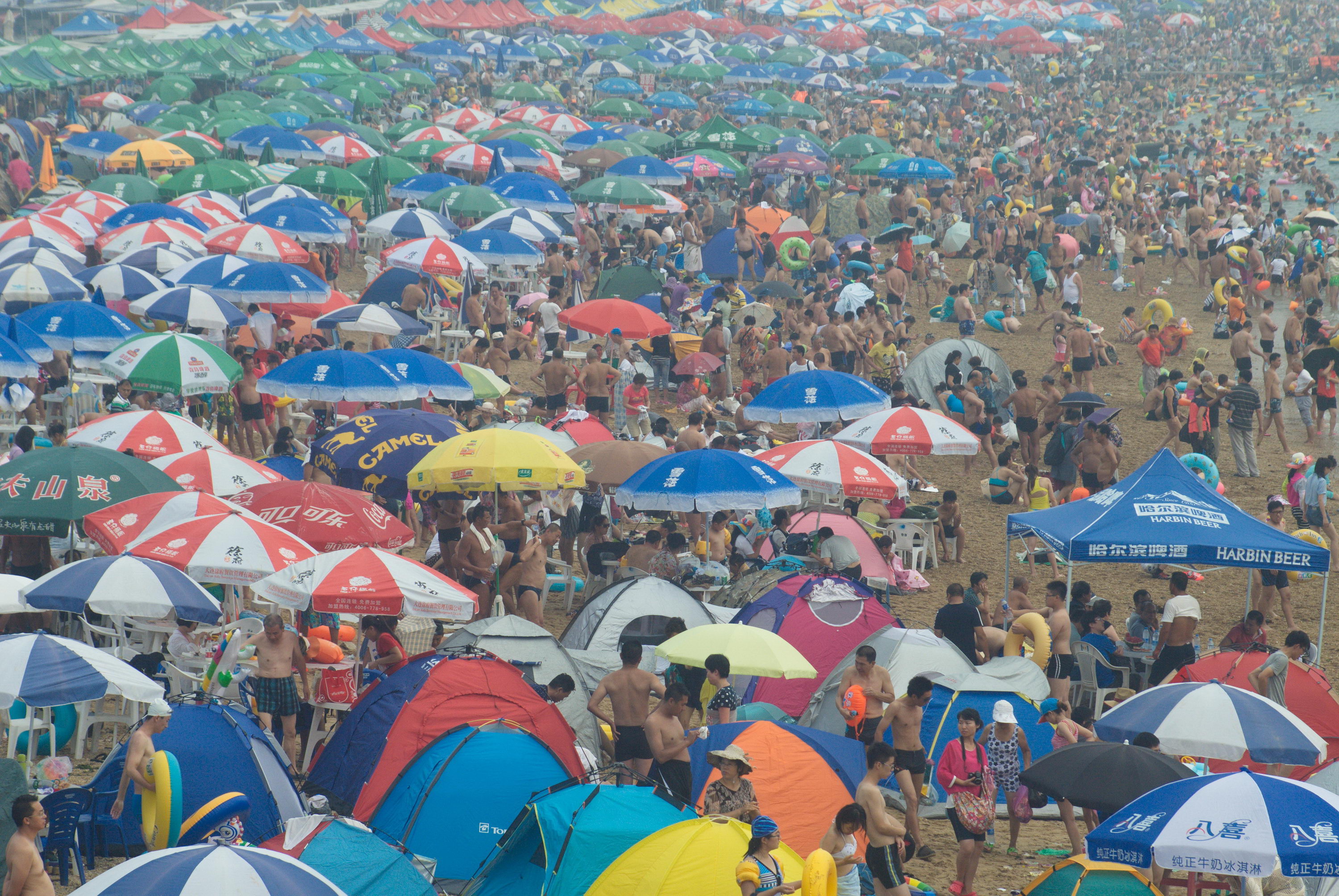 Tourists enjoy Fujiazhuang beach to cool themselves as the temperatures reach 30 degrees, on August 16, 2015 in Dalian, China. (Photo: VCG)

The annual travel rush for Chinese Lunar New Year, which falls on Feb. 5, began on Monday. From Jan. 21 to March 1, nearly 3 billion trips will be made as people set off for family gatherings or tours.

The Spring Festival public holiday lasts from Feb. 4 to 10.

About 48 percent of flight passengers during the travel rush have their hometowns as destinations, while others will make transfers or spend the new year away from home, said Zou Jianjun, a professor with Civil Aviation Management Institute of China.

Popular tourist destinations both in China and overseas are expected to see a hike in visitors, he said.

Chinese people are expected to visit 900 cities across over 90 countries and regions, bringing a "golden week" for the world, according to Ctrip, a Shanghai-based online travel agency.

Booking for tours to Thailand, Indonesia, and Mauritius have increased dramatically, the agency said. There has been a 50-percent price hike for tours to overseas winter resorts in Japan and Nordic countries.

"A growing number of Chinese are traveling to celebrate the new year. This golden week will be more prosperous than last year," said Li Qiuyan, public relations chief of Shanghai-based travel agency Lvmama. The agency has seen a surge in bookings for the festival season, even though prices are 30 to 50 percent higher than usual.

A more affluent population in China is more willing to pay for an escape from everyday life. Skiing, fishing on ice, and tours to see ice sculpture in northeastern China, such as Changbai Mountain and Harbin, draw an increasing number of visitors from Shanghai, Guangzhou and other southern cities.

The Gulangyu Islet in Xiamen City, Mount Huangshan in Anhui Province and Du Fu Thatched Cottage Museum in Chengdu are popular destinations for the coming festival.

CTA's latest report said that last year, growth in tourists spending outpaced the growth in the number of trips, which means an increase in per capita spending.

Industry analysts say the new trends in demand has driven supply-side reforms, both at home and abroad.

China's Ministry of Culture and Tourism said it would develop more routes featuring sports and outdoor activities for the Lunar New Year.

The Palace Museum, in downtown Beijing, unveiled a grand exhibition for royal new year celebrations in the Qing Dynasty (1644-1911). A total of 885 cultural relics are being exhibited.

Travel agencies are also offering more regional trips, taking advantage of newly opened regional rail routes, such as the ones from Harbin to Mudanjiang City, and from Hangzhou to Huangshan.