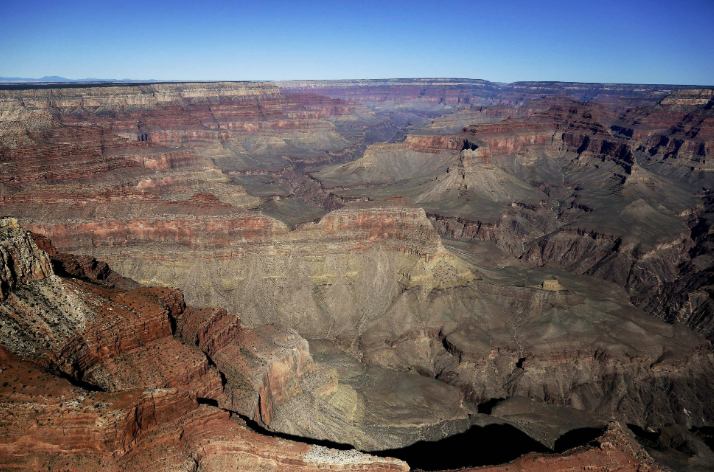 The Grand Canyon National Park is covered in the morning sunlight as seen from a helicopter near Tusayan, Ariz. An attorney for Grand Canyon superintendent Christine Lehnertz says her future at the national park is up in the air. Kevin Evans said Tuesday, March 5, 2019, that he advised Lehnertz not to return immediately to the Grand Canyon after she was cleared of accusations and fully exonerated in a federal investigation. Evans says he's negotiating her employment status with the National Park Service but would not go into detail. (Photto: AP)

The superintendent of Grand Canyon National Park is resigning, less than three years after she took the helm of one of the country’s most popular tourist destinations.

Christine Lehnertz notified the National Park Service on Thursday of her resignation. It comes months after a federal investigation cleared her of allegations she created a hostile work environment and wasted park resources.

In an email to Grand Canyon employees, Lehnertz said the past few months have been life-changing for her.

“My experiences have served to reinforce the core of my life’s values — compassion, fairness, honesty, civility and respect, and I will always stay involved in protecting our nation’s public lands and democratic principles,” she said.

Lehnertz is the park’s first openly gay, female superintendent and the second consecutive Grand Canyon chief to leave under pressure. She started the job in August 2016, tasked with changing what investigators said was a pervasive culture of sexual harassment in the now-defunct river district.

She has said she was making strides to build a respectful and inclusive workplace by addressing the backlog of misconduct complaints and conducting healing circles, for example. And she said she was proud of the progress.

She was reassigned within the National Park Service in late October while the inspector general of its parent agency, the Interior Department, looked into a subordinate’s complaints that Lehnertz wrongfully proposed a one-day suspension, that she bullied or retaliated against male leaders, and that she wasted $180,000 to renovate a park residence.

Investigators found Lehnertz did nothing wrong, and she was set to return to the Grand Canyon ahead of the national park’s centennial celebration in late February. But Evans advised her not to go back.

“If Chris has her preference, she would be back,” Evans said. “But people can blame me for that.” 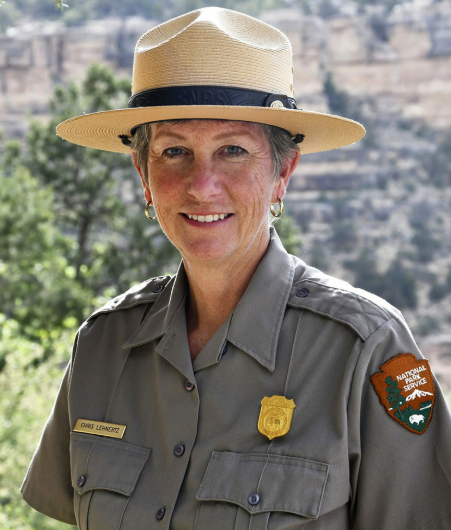 The National Park Service shows Grand Canyon National Park Superintendent, Christine Lehnertz at Grand Canyon National Park, Ariz. Lehnertz has not returned to her job nearly a month after being cleared of accusations she created a hostile work environment, improperly disciplined an employee and wasted park resources. The park announced last month that the investigation by the Interior Department's Office of Inspector General fully exonerated Lehnertz. The allegations were made public Tuesday, March 5, 2019, when the office released its investigative report. (Photo: AP)

Evans said he urged Lehnertz not to resume her role as superintendent because he was concerned for her safety and wanted the park service and the Interior Department to “take appropriate action against people who make baseless and defamatory accusations about Chris and other top managers.”

He pointed to the latest allegations and others in which a park safety manager alleged top officials at the Grand Canyon were covering up the risks of having three buckets with uranium ore stored in a building that houses archives and research collections. Experts say those concerns were overblown.

Evans says he was negotiating with the Park Service on Lehnertz’s employment status, but the talks fell through. Her last day is March 31.

Lehnertz succeeded Dave Uberuaga, who was forced to retire in May 2016 after federal investigators accused him of failing to properly look into and report complaints that male workers were sexually harassing female colleagues. He wasn’t implicated in the allegations and kept his job during the investigation.

Another superintendent at a popular park was forced out in an apparent “punitive action” following disagreements with the Trump administration over how many bison Yellowstone National Park could sustain.

Dan Wenk initially planned to retire in March after being offered a transfer he didn’t want but was replaced last year.