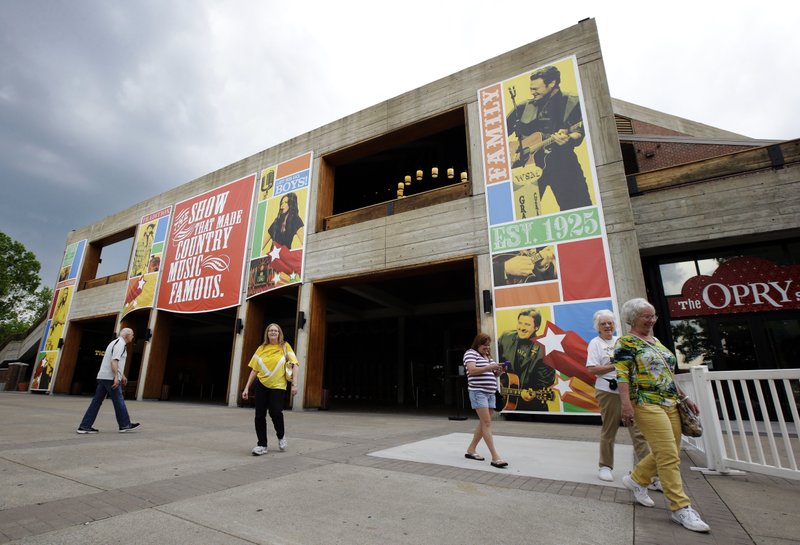 The backstage of the Grand Ole Opry, a radio staple since 1925, is a place where you might run into your favorite country star, drop a letter in a singer’s mailbox or take a peek inside a dressing room where an impromptu jam session is happening.

Every year, 1 million people come to the Opry House in Nashville, Tennessee, to see a performance, or event, or take one of the backstage tours that allow fans to see behind the red curtain on the “show that made country music famous.”

And a new feature this year on those tours is an immersive film that explains the history of the unique institution while showing video clips of over 100 different artists on stage. The 14-minute film is hosted by Garth Brooks and Trisha Yearwood and is projected onto three screens inside the new Circle Room, which is the first stop for fans on the Opry’s daily tours.

Country singer Jeannie Seeley is coming up on her 52nd year as a member of the Grand Ole Opry, one of only three living female artists who have been members longer than 50 years. The singer who had a hit with “Don’t Touch Me” in 1966, has seen the radio program, the Opry House and its tours transform and be updated over the years.

“It is so alive. It is so realistic,” said Seeley of the new film. “I think the pacing they did creates that excitement.”

The film is projected onto thousands of reflective threads that make up the screens, and the movement of the threads, as well as the curve of the screen creates a sense of dimension. Brooks and Yearwood seem almost like they are standing on a replica of the circle of wood that artists stand in on the real Opry stage.

The film features archival footage of iconic stars from Roy Acuff, Loretta Lynn, Johnny Cash and Reba McEntire, and clips of artists like Carrie Underwood and Darius Rucker being surprised with an invitation to become Opry members. The daytime tour also features a guided tour throughout the venue, including Studio A where “Hee Haw” was filmed, the dressing rooms and the stage.