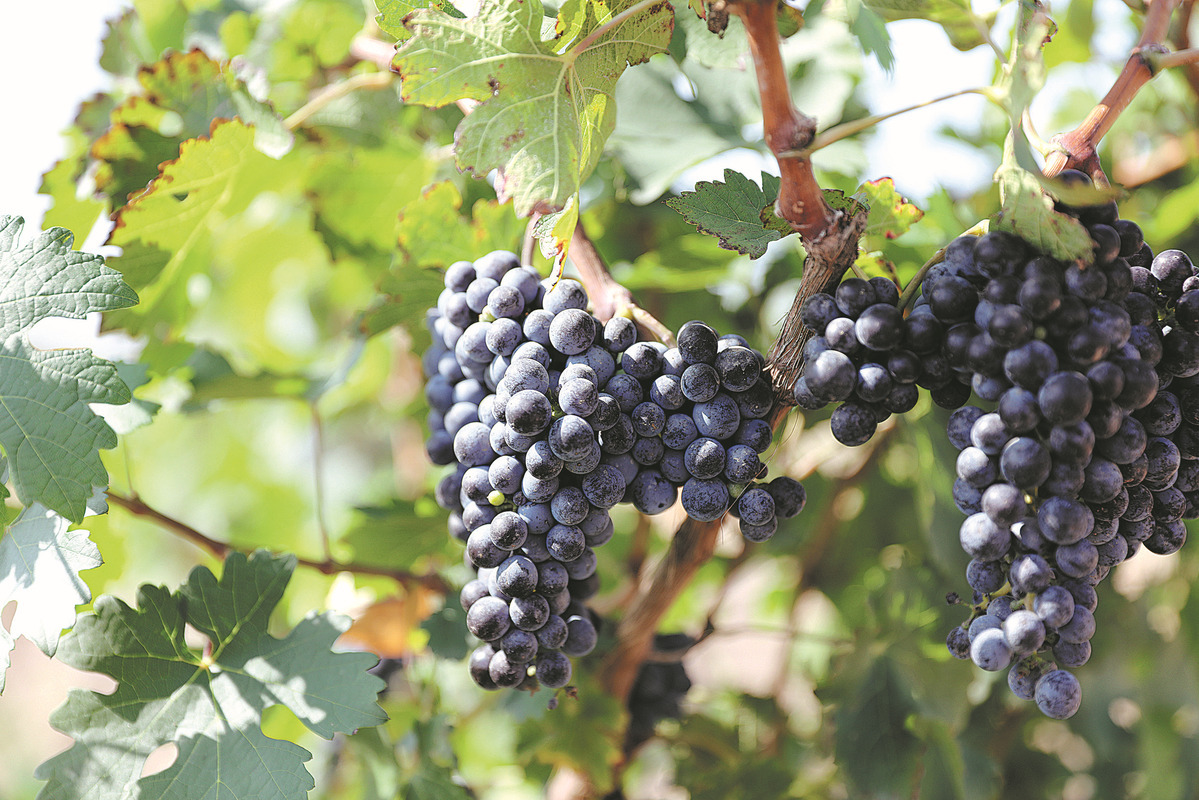 It presented a good reason to raise a glass. The Ningxia National Open Development Comprehensive Pilot Zone for the Grape and Wine Industry was officially launched in Minning, Northwest China's Ningxia Hui autonomous region last week. Tailored for a specific industry, the pilot zone is the first of its kind and heralds Ningxia's drive to create new development models for niche sectors.

In combination with the Ministry of Agriculture and Rural Affairs and the Ministry of Industry and Information Technology, the provincial government hopes to promote Chinese wine and culture internationally.

The pilot zone certainly is on the right place or as they say in the wine has the right aspect. The eastern foothills of Helan Mountain in Ningxia is located at 38 degrees north, inside the "golden zone" for wine grape cultivation. Areas in this zone include Bordeaux in France and the Napa Valley in California.

Ma Huiqin, a professor at the College of Horticulture at China Agricultural University, says the pilot zone is an innovation in terms of industrial structure, concept and practice.

"After years of development, Ningxia wine has developed a unique personality, and its quality has been recognized at home and abroad," Ma says. She adds Ningxia wine could drive the grape and wine industry across the country, as the present 33,333 hectares of planting area here accounts for a quarter of China's total, making Ningxia the country's largest contiguous planting area. Its 211 wineries with an annual production of 130 million bottles achieve an annual output of about 26.1 billion yuan ($4.03 billion).

"Ningxia is one of the first regions in China to grow grapes and make wine," says Sui Pengfei, director of the International Cooperation Department of the Ministry of Agriculture and Rural Affairs. "The launch of the pilot zone in Ningxia is by all means dependent on Ningxia's unique terroir and natural endowments for the growth of wine grapes."

Terroir is how the French describe land that is good for wine cultivation. The uninterrupted Helan Mountain blocks the harsh wind and yellow sands of the Tengger Desert and the cold air of Siberia from three directions, and the land is enclosed by the Yellow River from the east. The 1,100-meter elevation, premium for growing wine grapes, coupled with moderate precipitation and irrigation, have created "good year every year" with a large temperature difference between day and night. The high hydrothermal coefficient and unique terroir have shaped its wine into a "sweet and moist balance", a typical oriental flavor, as the officials here narrate.

In September 2011, at the Decanter World Wine Competition in London, Jia Bei Lan's 2009 vintage, a "Bordeaux-style blend" produced by Helan Qing Xue Winery stood out and became the first Chinese wine to win the international gold medal. In September 2020, at the 27th Brussels International Wine Competition in Belgium, China won 100 medals. Among them, the Helan Mountain production area continued to top the Chinese medal list with 48 medals. 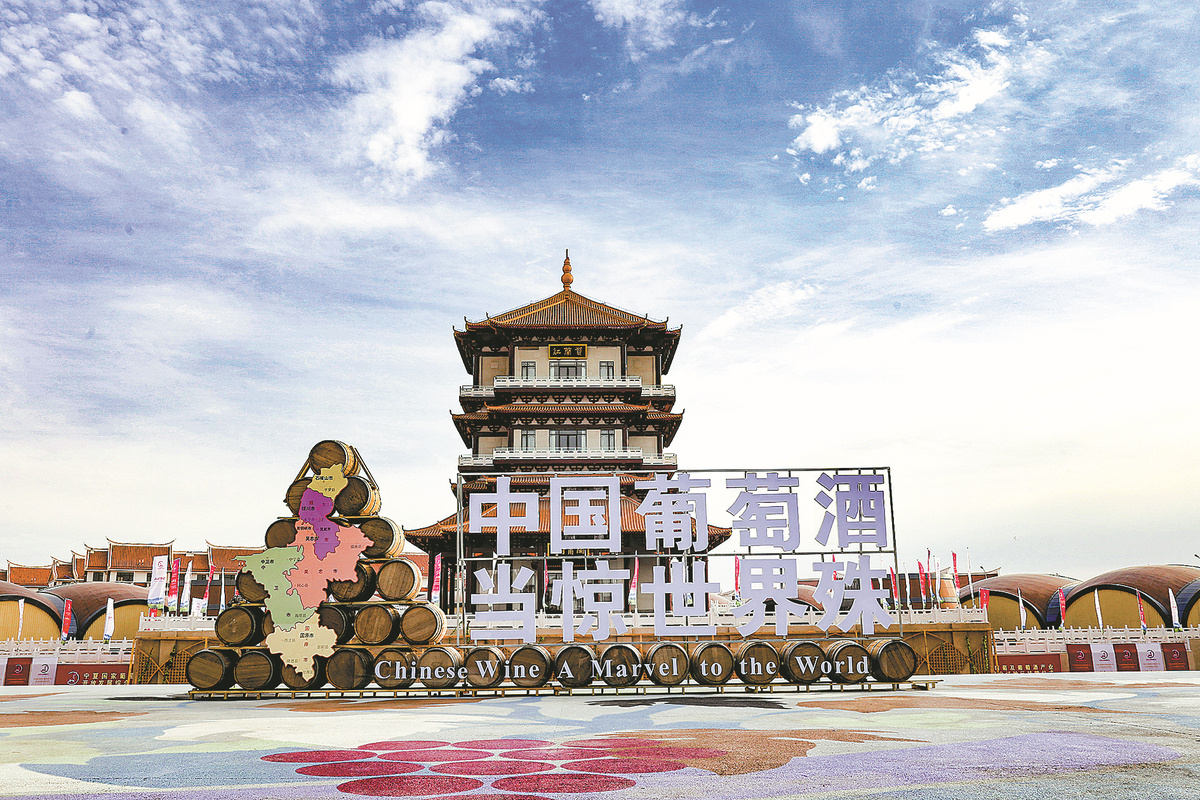 Sun Jian, general manager of Yantai Changyu Pioneer Wine, concurs that Ningxia, a promising wine region, might also have the most growing potential. "From our internal assessment, we believe that going out of Yantai, Shandong province, to invest in Ningxia is the correct decision."

He believes the pilot zone is a major opportunity that every practitioner must firmly grasp. To cope, Changyu has renewed the brand and renamed its winery in Ningxia Longyu through technological transformation.

In the next step, Ningxia plans to build a modern grape and wine industry area with a comprehensive output value of 100 billion yuan, 66,667-hectare planting area and an annual output of more than 300 million bottles of high-quality wine within five years.

If this goal can be achieved, the eastern foothill of Helan Mountain is expected to become one of the world's largest high-quality wine producing regions, a historic strategic opportunity for Chinese wine.

However, the development was particularly difficult. A "cold winter" last year due to the pandemic saw a decline of wine production. The National Bureau of Statistics says in 2020, 130 wine production enterprises above designated size completed production of 413,300 kiloliters, a year-on-year decrease of 6 percent; completed sales revenue of 10.021 billion yuan represented a decrease of 29.82 percent.

A differentiation strategy with focus on quality control of the entire chain and highlighting each chateau with their own flavor and characteristics is what Xu Kemin, chief economist of the Ministry of Industry and Information Technology, believes should be the new direction to offset the impact from the pandemic. 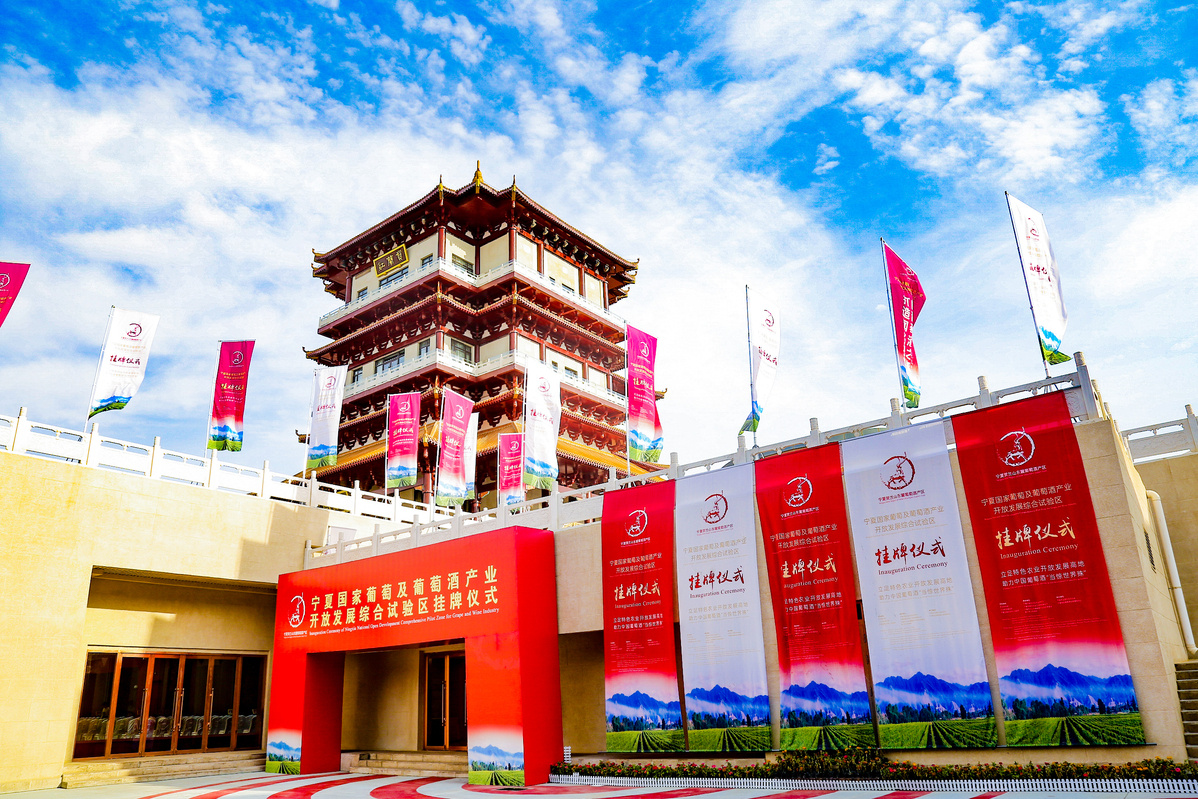 Zhou Lingqiang, deputy dean and professor of Zhejiang University's Institute of Tourism and Leisure, says the pilot zone is a "big red envelope" given to Ningxia by the central government, including supporting policies such as land use, taxation and funding. Proper use of these supporting policies will greatly improve the management and operation of Ningxia's wine strategy.

"Ningxia should also base its resources on wine tourism, which will double the overall benefits," he says. "The unique landscape should be utilized to attract tourists from all over the country, and in the meantime cultivating winery culture among the public to build a good and productive commercial interaction."

Zhou also believes the key to developing the wine industry is to cultivate a group of local talents. "Any industry development needs talents, especially local talents. At present, wine education in Ningxia is in the forefront of the country. In the future, these talents will become leaders in academia or industry, and they will be able to better communicate with each other from the market," he says.

In addition, the pilot zone shoulders the mission of rural revitalization. Minning town, in Yongning county, Yinchuan city, accounts for 87 percent of the core area of the comprehensive pilot area. Formerly a sandy, sparsely populated dry area, the town now is dotted with tree-lined streets and the consumption pattern of the local residents has transformed from subsistence to a comfortable life thanks to grape planting. 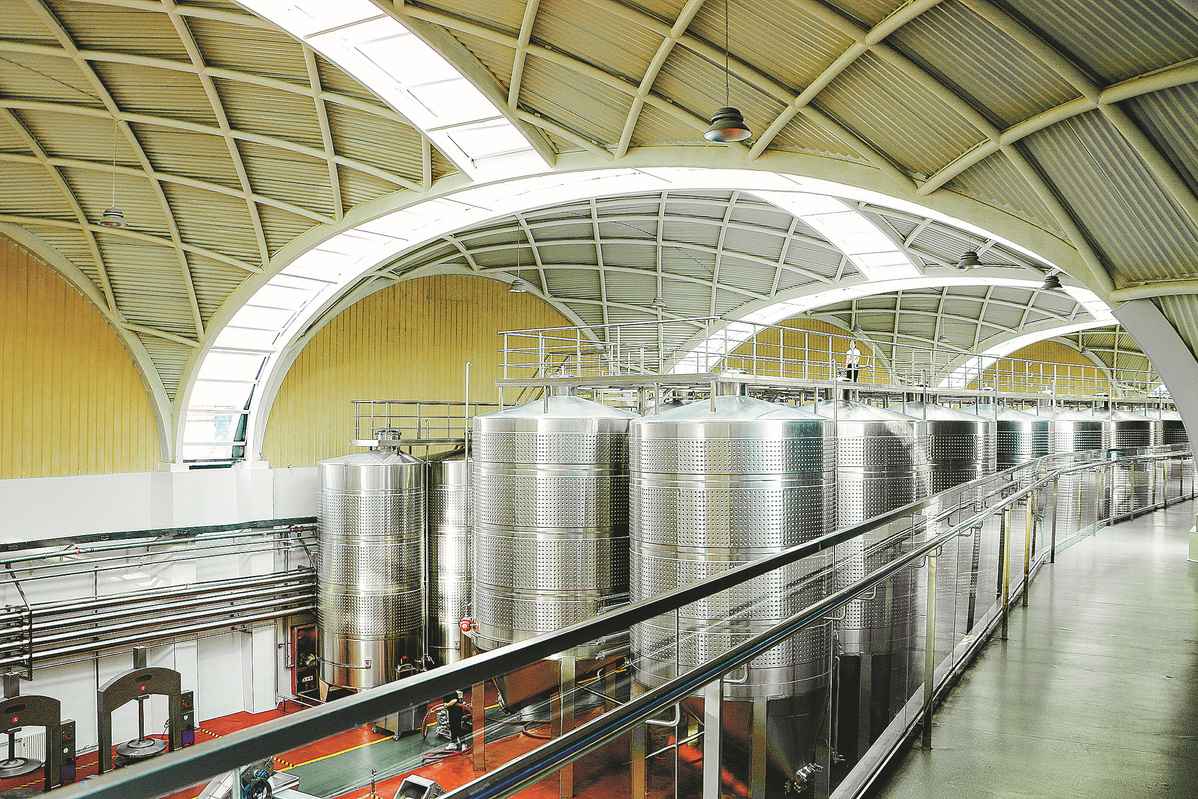 Today, wine grape cultivation has turned the wasteland into an oasis in the eastern foothill of Helan Mountain. The greening of the winery and the construction of shelterbelts have greatly increased the forest coverage of the production area. The "shallow trench planting" of vineyards has become the largest water and soil storage here. Here, the concept of "clear waters and green mountains are as valuable as mountains of gold and silver" continues to show its significance.

Located at the southernmost tip of the production area, Hongsibao was once an ancient wasteland. Since 2007, the planting area of wine grapes has reached 106,000 mu (7,066 hectares), and the average annual income of farmers planting grapes is 40,000 yuan, and the number of employment has been 80,000.

To this end, 41 top-level academics were hired as experts by the committee of the pilot zone in a round table meeting on July 9 in the region's capital city Yinchuan. Discussions and exchanges on building a wine industry, cultural, discourse system and intellectual support, prompted 13 consensuses on promoting Ningxia wine into high-quality development.

"The blueprint for the development of the wine industry drawn by Ningxia is exciting and full of expectations. From 28 billion to a breakthrough of 100 billion, Ningxia has courage, and its ambition to catch up with the world's advanced level is admirable. It is conceivable that in the near future, Helan Mountain is bound to be a magnificent scene of orchards next to orchards, wineries and wineries," says Tim Knox, counselor of the New Zealand Embassy in China.