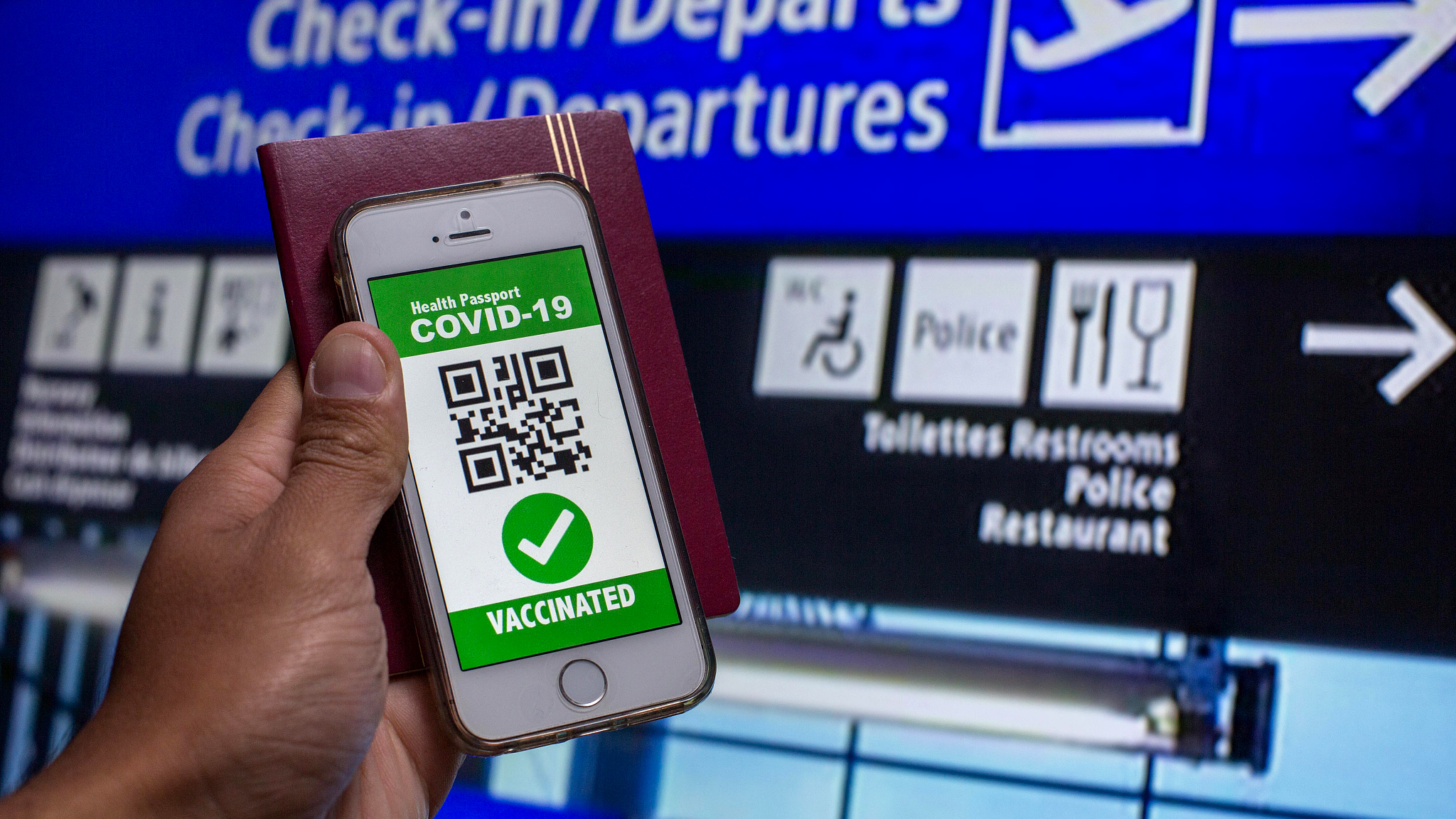 An illustration of a symbolic COVID-19 health passport displayed on a smartphone screen. (Photo: CFP)

Greece, Germany and five other European Union (EU) nations introduced a vaccination certificate system for travelers on Tuesday, weeks ahead of the July 1 rollout of the program across the 27-nation bloc.

The other countries starting early were Bulgaria, the Czech Republic, Denmark, Croatia and Poland, according to the European Commission.

Greece, which depends heavily on tourism, has been pressing for the commonly recognized certificate that uses a QR code with advanced security features. The certificates are being issued to people who are fully vaccinated, as well as those who have already contracted the virus and developed antibodies and others who have had a PCR test within the last 72 hours.

The documents will have both digital and paper forms. They'll be free of charge, distributed in the national language plus English and be valid in all the bloc's countries. 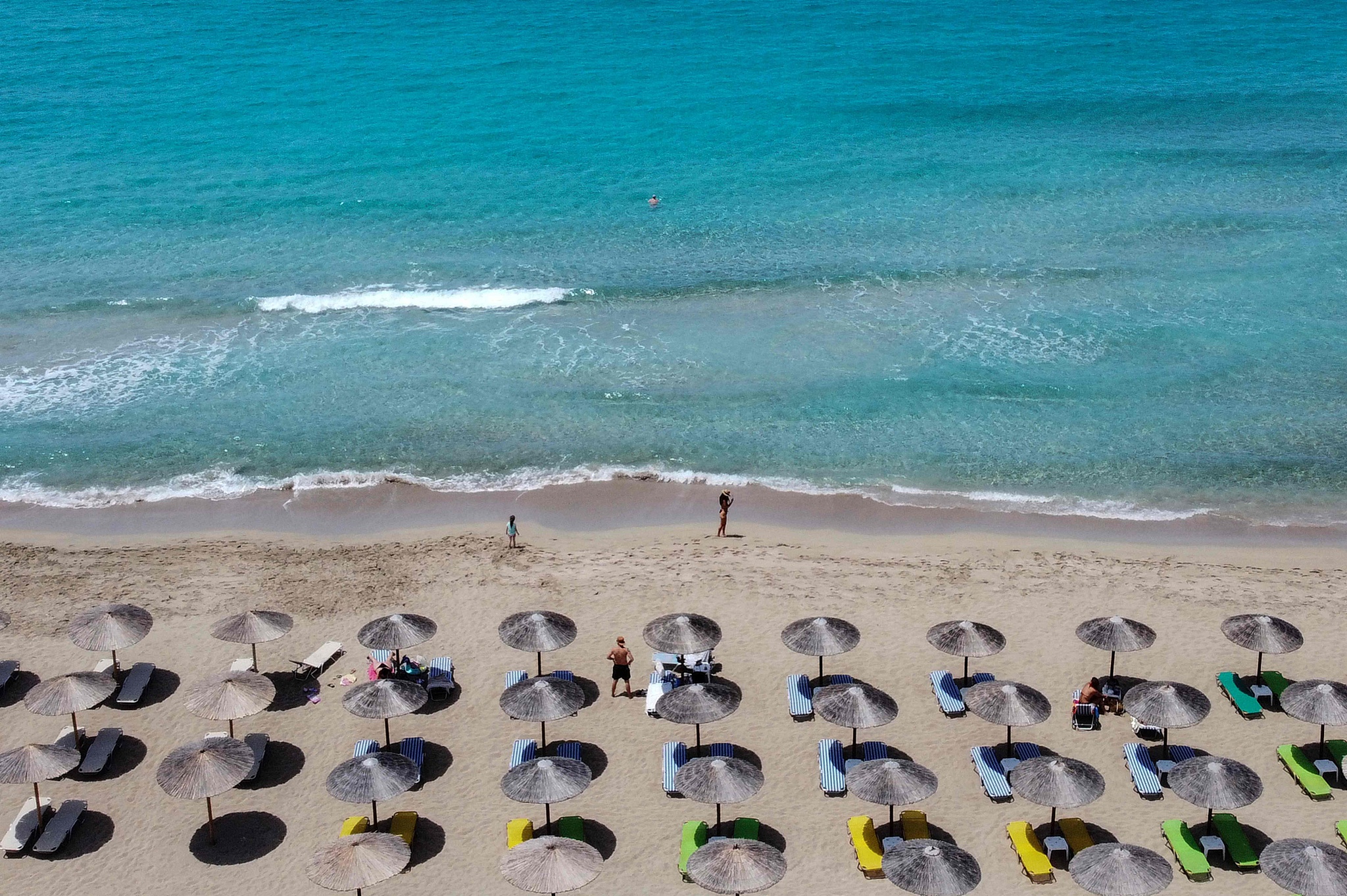 Umbrellas are seen at Falassarna beach on the western coast of Crete island, Greece, May 15, 2021. (Photo: CFP)

"EU citizens are looking forward to traveling again, and they want to do so safely. Having an EU certificate is a crucial step on the way," EU Health Commissioner Stella Kyriakides said.

"What will happen is that countries will stop issuing certificates using their own convention and adopt the common convention. That will simplify things considerably because you can imagine the number of bilateral agreements that would otherwise need to be worked out," Pierrakakis told private Skai television.

Kyriakides said in the next few weeks, all EU nations need to "fully finalize their national systems to issue, store and verify certificates, so the system is functioning in time for the holiday season."

Countries will be allowed to add extra vaccines to their individual entry list, including those that have not been formally approved for use across the EU.

The EU Commission believes that people who are vaccinated should no longer have to be tested or put into quarantines, regardless of where they are traveling to or from, starting 14 days after receiving their second shot.

However, member countries have not yet endorsed that recommendation.