ATHENS, Nov. 13 (Xinhua) -- Tourism cooperation between China and Greece is booming as the cradle of Western civilization is becoming an increasingly popular destination for Chinese travelers. 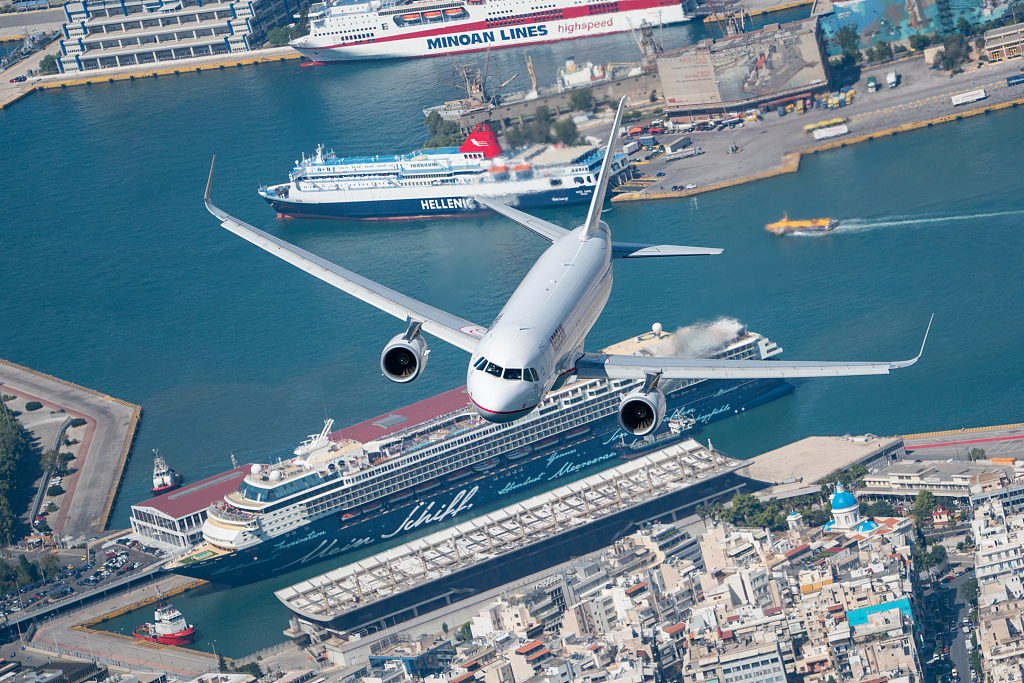 Between 150,000 and 200,000 Chinese tourists visited Greece last year, marking a growth of over 20 percent from the year before, according to the Beijing Office of the Greek National Tourism Organization (GNTO).

During his recent visit to Shanghai, Greek Prime Minister Kyriakos Mitsotakis said his country aims to bring that number to 500,000 by 2021.

Ioakim Tsimpidis, spokesman of the Athens International Airport, said that traffic in 2018, both direct and indirect, from the Chinese market to the airport went up by 65 percent, while incoming passengers directly from Beijing more than doubled in a year, with an increase of 161 percent from 2017.

The upward trend is continuing in 2019, said Tsimpidis in a recent interview with Xinhua, adding that the numbers "have been spectacular." In addition, direct flights from Shanghai to Athens are expected to be launched in 2020.

The tourism industry is a pillar of the Greek economy, accounting for 20.6 percent of the country's gross domestic product and a quarter of employment in 2018, according to the World Travel and Tourism Council.

The growing importance of the Chinese market is clearly reflected in comparative data. "China last year entered our top 20 international markets, being number 20 in 2018, while in the first nine months of 2019, it reached the 16th position, demonstrating a very fast and dynamic growth," said Tsimpidis.

Nina Kalampogia from Athens Silk Road International Travel, one of the earliest Chinese travel agencies in Greece, said that the number of Chinese visitors is rising, and more and more Chinese choose to book their holiday through online platforms.

In a recent report, the GNTO Beijing Office said the number of Chinese tourists to Greece would jump if some key conditions could be improved, such as simpler visa procedures and easier tax refund services.

Besides promoting Greek destinations in China, the GNTO said Greece's tourism infrastructure should be improved so as to meet Chinese travelers' needs, including enhancing compatibility of Chinese credit cards and supplying menus and directions in Mandarin.