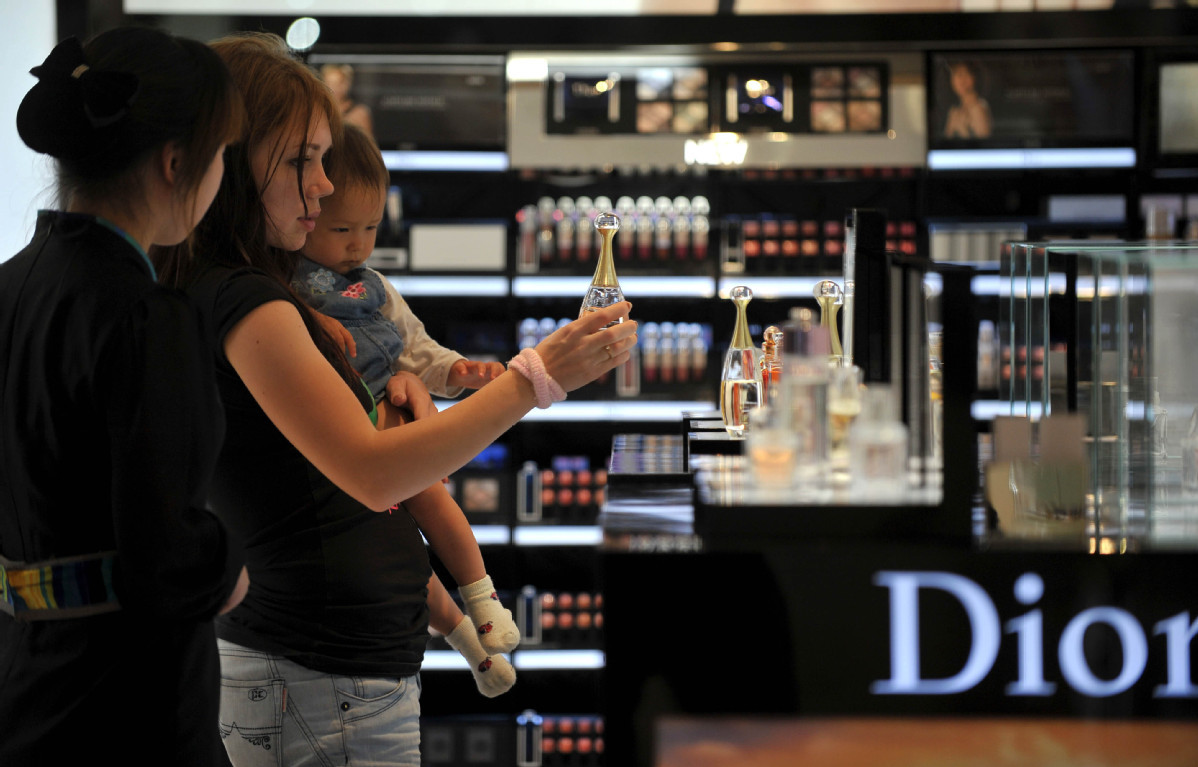 A foreign visitor with a child picks perfume at a duty-free shop in Sanya, Hainan province. (Photo: Xinhua)

HAIKOU－China's southern resort island of Hainan, which has benefited from its visa-free access by reaping local tourism boom and greater connectivity, is set to further open up, according to local authorities.

China aims to build Hainan into a high-quality pilot free trade zone by the end of 2020 and a free trade port with Chinese characteristics by 2035.

Since May 1, 2018, group and individual tourists from 59 countries, including Russia, Britain, France, Germany, and the United States, have been given visa-free access to Hainan on condition that they would book their tours through travel agencies.

"More than 80 percent of foreigners come to Hainan through visa-free policy, which has benefited more than 770,000 foreign tourists so far," said Liu Zhichun, an official from the Haikou General Station of Immigration Inspection in the provincial capital.

Tommy Hunter, an English teacher from the US, worked for more than 10 years in various parts of China and finally decided to settle down in Hainan.

"It is really easy to visit and travel to Hainan. Visa-free policy is very convenient, which can save a lot of time and costs for my family," said Hunter.

Apart from facilitating work, the visa-free policy has promoted Hainan as a popular tropical resort among overseas tourists.

The island attracted 1.42 million tourists from overseas in 2019, up 12.4 percent from a year earlier, while the tourism revenue totaled 105 billion yuan ($14.81 billion), according to the provincial department of culture and tourism.

In July 2019, Hainan's visa-free policy was further optimized as foreigners are allowed to enter Hainan visa-free for a wider range of purposes, including business, visiting relatives, medical treatment, exhibition, and sports.

Thanks to the policy, the new BMW Hood to Coast relay was held in Hainan for the first time In December 2019. The event attracted more than 2,000 runners from 40 countries and regions.

"The event has benefited from the visa-free policies and the large number of overseas routes, which provided convenience for international runners," said Wang Liming, an official from Hainan's sports bureau.

The province aims to attract 2 million overseas tourists by the end of 2020, according to a three-year action plan released in 2018.

Sun Dahai, an official with the Hainan Provincial Committee of the Communist Party of China, said the province would roll out more favorable visa-free policies and gradually expand to a wider range of purposes and countries.