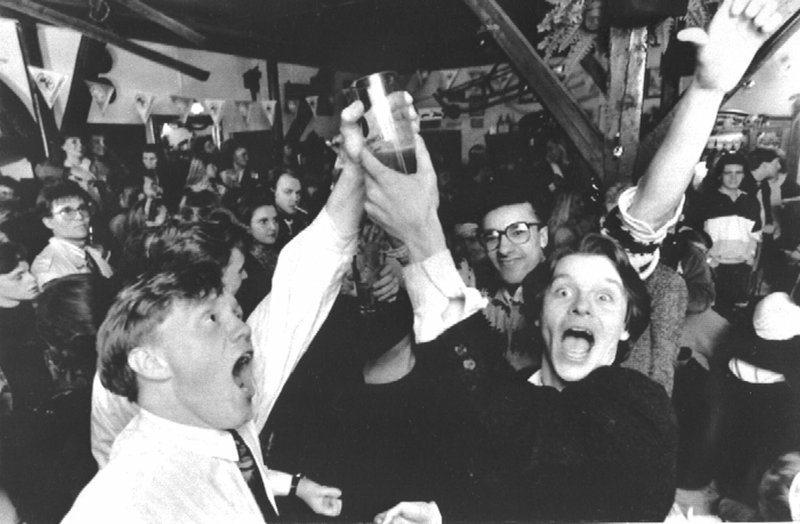 Thirty years ago, a sobering dry spell in Iceland’s history came to an end.

On Friday, the country celebrates the anniversary of the lifting of a decades-long ban on beer with — what else? — a nationwide Beer Day.

The drink was outlawed in Iceland for 74 years, while all other booze was completely legal. The alcoholic anomaly finally ended on March 1, 1989.

The beer ban was a leftover from the country’s prohibition era, which started in 1915 when the population voted in a referendum to outlaw all alcoholic drinks.

Prohibition was repealed in another national referendum in 1933. But the majority vote was tight and to appease a powerful temperance movement Iceland’s parliament decided beer would remain illegal.

Historian Stefan Palsson, moonlighting as a teacher at a brewery-based “School of Beer,” said that at the time Icelanders didn’t miss it.

“They drank in order to become drunk and beer wasn’t really efficient for that,” he said.

Alcohol abuse remains an issue. One in 10 Icelandic males over the age of 15 have been to rehab at least once in their lifetime, according to SAA, the country’s leading addiction treatment center.

A pint of beer costs about 1,100 krona ($9) in bars, while a bottle of Smirnoff vodka costs the equivalent of $67 in the stores that sell it.

A thirst for change began in the 1970s when Icelanders increasingly started vacationing in sunny European beach resorts and developed a taste for a cooling beer.

Back home, local bartenders responded by inventing the “bjorliki” cocktail, a pseudo-beer made by blending non-alcoholic pilsner with aquavit — in very variable ratios.

Yet a large part of the population still opposed lifting the beer ban when parliament debated the issue for the last time in 1988.

Steingrimur Sigfusson, who is parliamentary speaker today, at the time painted a gloomy picture of the chaos that would result as “hundreds of taverns” opened up to crowds with no experience of the beverage. He voted against the proposition.

He still defends the country’s restrictive alcohol policy that aims to limit binge and teen drinking.

The ban finally ended on a Wednesday. All four bars in Reykjavik were jam packed with drinkers toasting their new-found freedom while the country’s population of 260,000 celebrated by buying more than 340,000 cans of beer at overcrowded Vinbudin monopoly stores.

“I wasn’t sure what to make of this day — we knew so little about beer,” said Sigurdur Snorrason, founder of the RVK brewing company, at a craft beer festival in the capital Reykjavik celebrating the milestone anniversary.

Hreindis Ylva was born the day the ban was lifted. She is celebrating her 30th birthday Friday with friends in a wooden house in Reykjavik’s open air museum. She won’t be sipping any suds, though.

“I think beer looks delicious served in a glass, but the taste is not for me,” she said. “This cool birthday is completely wasted on me.”