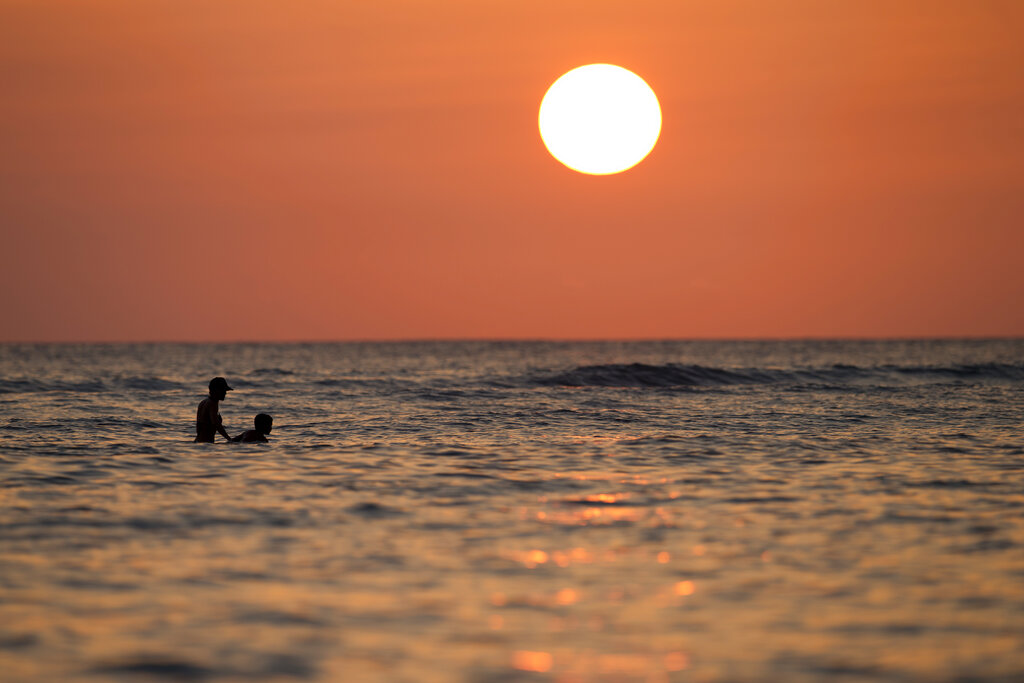 In this Dec. 31, 2013, file photo, swimmers float in the Pacific Ocean as the sun sets off of Waikiki Beach in Honolulu on New Years Eve. (AP)

The legislature approved about $13 million for improvements to the crumbling Royal Hawaiian seawall and other man-made structures at the state's most visited beach, The Honolulu Star-Advertiser reported Sunday.

"This is the largest appropriation for beach improvements on Oahu in recent memory. It allows us to move forward on several projects that have been discussed on and off for decades," said Dolan Eversole of the University of Hawaii.

The $13 million is sufficient to shore up the Royal Hawaiian seawall between the Waikiki Sheraton and Royal Hawaiian hotels and return a seawall to Kuhio Beach, which officials said have been failing for years.

Waikiki's overhaul is scheduled to start in late summer or early fall. Previously there was no timeline for replacing the structures protecting the beach from erosion.

"There used to be a wait-and-see sentiment among some," Eversole said. "But there has been a shift in overall perception, and people seem to feel that we can't wait any longer to address these challenges."

"Today, it is one of the most renowned beaches in the world and is also tremendously important to the Hawaii brand image," authority President Chris Tatum said.