Heading out to one of China's smaller cities Changzhou, East China's Jiangsu Province

If you have only been to big cities like Beijing and Shanghai, you haven't really been to China. 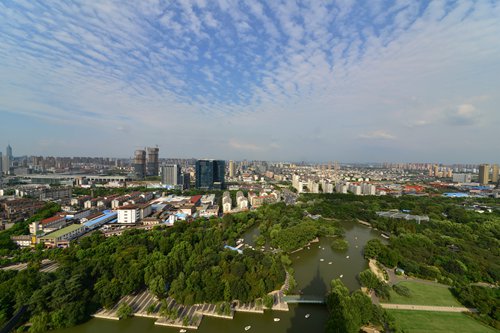 The city of Changzhou. (Photos: VCG)

In second-tier cities like Changzhou in East China's Jiangsu Province, you'll be able to experience not just Chinese culture in general but also more local touches as well as see the country's fast development and ever changing lives of its urban dwellers from a different perspective.

Located about 150 kilometers northwest of Shanghai, or a 47-minute high-speed train ride from Shanghai, Changzhou covers an area of 4,380 square kilometers and has a population of 4.7 million. 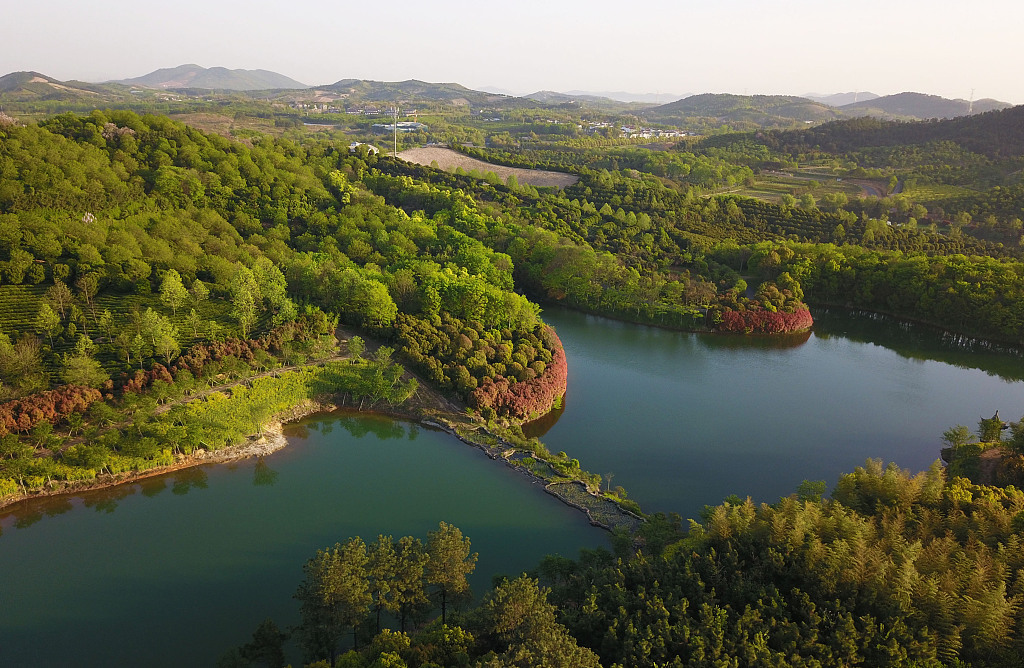 The best place to find traces of the city's history is at the center of old town on a small street called Qingguoxiang.

Located right above a section of the Beijing-Hangzhou Grand Canal, Qingguoxiang, or the "lane of green fruits," was a market and distribution center that gathered all kinds of fruit during the Ming Dynasty (1368-1644). The lane was also once home to some of Changzhou's most powerful families as well as a number of great names such as revolution leader Qu Qiubai (1899-1935), novelist Li Boyuan (1867-1906), linguist Zhao Yuanren (1892-1982) and economist and linguist Zhou Youguang (1906-2017).

Now when you walk down the lane, you'll find it peaceful and nostalgic, but also cold and bleak. However, if you take the time to appreciate the traditional residences made with green bricks and carved titles, knock on the grand, yet mottled black lacquer doors that once belonged to major families of the past and take a deep breath of the moist, cold winter air above the old canal, you may still be able to feel the presence of these literary giants, artists and military leaders who once called this place home.

A destination that may appeal to foreign visitors is a museum dedicated to Zhou Youguang, known as the "Father of Pinyin." There you'll find out how pinyin, the official romanization system for Putonghua, or Standard Chinese, was created by a group of linguists including Zhou himself, and why the system is of such great importance, especially in this age of globalization and computer usage. 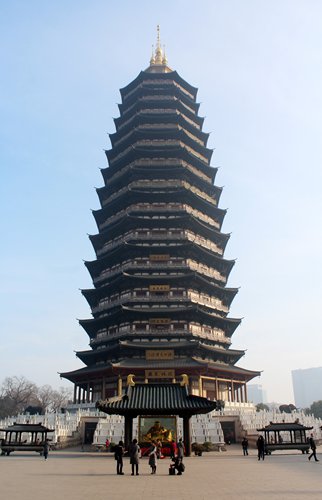 Built more than 1,300 years ago, Tianning Temple is considered the "No.1 temple of Southeast China" and one of the country's four great Zen temples.

On the wall opposite the entrance to the temple are characters that say "Buddhism in the city of the dragon" that the Qing Dynasty (1644-1911) Qianlong Emperor wrote himself during his third visit to the temple. The emperor affirmed the practice of Buddhism while at the temple and praised Tianning Temple as a pure land for the religion.

Since his six inspection tours across southern China is a popular topic in China, Qianlong is possibly the best known emperor by the general public and a favorite of the cinema industry too. If you watch Chinese historical romance series, you'll soon become very familiar with his legendary romantic affairs inside and outside of the Forbidden City.

As you walk through the grand halls of the temple towards the pagoda located around back, you'll see the Buddha statues, bronze elephants and warriors that protect the temple as well as senior and young monks practicing rituals and people from all over the country chanting, burning incense and praying.

Going up the pagoda, which at 13 stories high and 154 meters tall is the tallest pagoda in the world, you'll find numerous valuable treasures, religious paraphernalia and statues made of gold, wood or jade.

Take a walk along the balcony on the top floor of the pagoda and you will get a view overlooking Changzhou from high above. From there, you can see high-rise office buildings, residences and malls, factories for machinery and electronics right next to parks surrounded by water and the cornices of the traditional houses. It's an enchanting mix of past and present, a combination of economic development and spiritual and cultural customs. 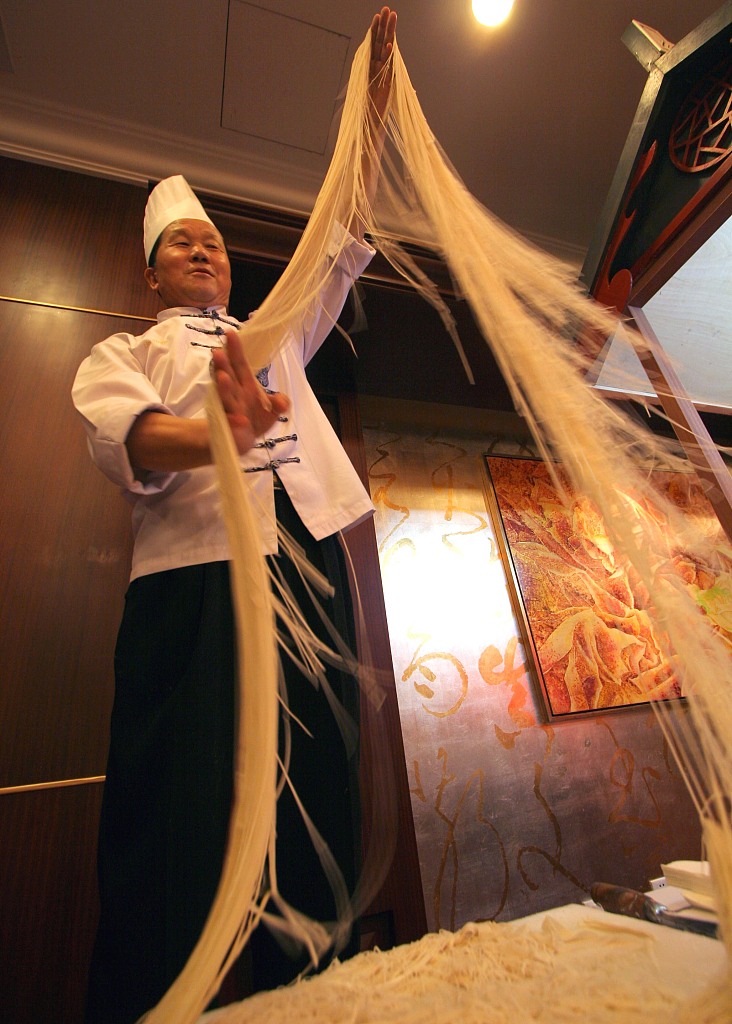 Instead of spending all the time taking pictures at touristic spots, I recommend you slow down and take some time to enjoy the local specialties and talk to the locals so you can get to know what life in a second-tier city like Changzhou is really like.

The most recommended local snacks are "silver silk" noodles, the head of a fish from the nearby Tianmu Lake and "net oil" rolls.

The rolls, soft, fragrant and sweet but not too sweet, are something that you can't find outside of Changzhou. Making them is quite complicated and requires a whole lot of ingredients including flour, bean paste, eggs, lean pork, ham, cuttlefish, mushrooms and chives. The particular pig fat that this local specialty uses can only be found in the mesentery and omentum of a pig, which forms a "net" of fat around the stomach. Compared with vegetable oil, or common animal oil, using this fat results in an irreplaceable special flavor that enhances one's appetite.

After a an entire day of sightseeing, the evening should be about relaxing.

At trendy bars and restaurants such as OK Koala on Tongjiang Zhonglu and Bubble Lab on Yanling Xilu, you'll find the city's expat community, which, although smaller than the foreign populations such as in Beijing or Guangzhou, Guangdong Province, is fairly active and enjoys a dynamic nightlife.