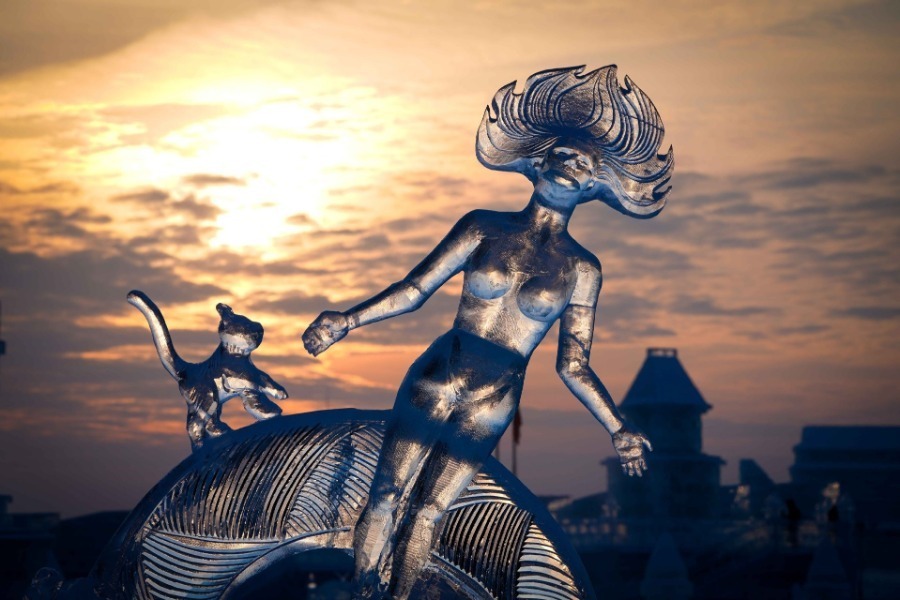 An ice-carving work shimmers as the sun sets at the Harbin Ice and Snow World in Harbin, capital of China's northernmost Heilongjiang province, on Jan 10, 2020. (Photo: Xinhua)

The province took advantage of its cool climate and focused on developing resources such as ice and snow, forests, wetlands and summer resorts last year, which contributed to the growth, the provincial government said.

More investment will be poured into upgrading its infrastructure, supporting facilities, automobile camps and homestays this year, according to the government plan.