Historic sign to be part of planned Route 66 visitor center 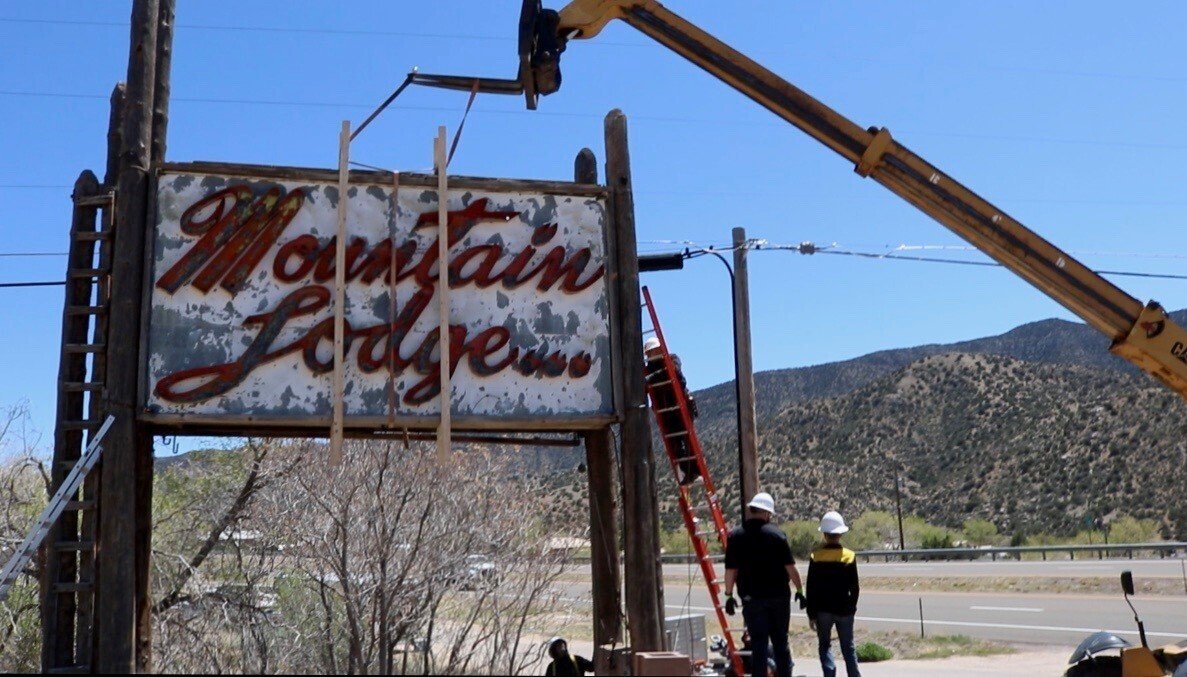 This April 16, 2020 image provided by Build It Right shows the Mountain Lodge Motel sign along historic Route 66 near Albuquerque, N.M., as it's being removed before being placed into storage. (Photo: AP)

The weathered old sign that once served as a beacon to travelers along a stretch of Route 66 just outside of New Mexico’s largest city has been taken down and will be preserved as part of an initiative to build a visitor center dedicated to the historic roadway, officials said Friday.

The Mountain Lodge Motel sign will remain in storage until the new venue is ready. Albuquerque city officials called it a piece of history, saying its preservation will help provide a greater understanding of Route 66 for future generations.

Albuquerque is home to the longest urban stretch of Route 66, which spanned more than 2,400 miles (3,862 kilometers) and ran through eight states.

Known as the “Mother Road,” Route 66 was created in 1926 after the Bureau of Public Roads launched the nation’s first federal highway system, bringing together existing local and state roads from Chicago through St. Louis to Los Angeles. Shops, motels and gas stations opened up along the road and pumped revenue into local economies as the nation’s car culture took off.

The Mountain Lodge sign was donated by Owen St. Germain, who was close to having it demolished after he bought the property on the eastern edge of Albuquerque to build a home.

“I have been amazed at the interest the sign has been to locals as well as tourists who would stop by daily to take pictures,” he said.

The sign had sat along Route 66 since the 1940s. The motor lodge had been converted into an apartment complex and then was destroyed by fire in 2014.

Lucas Luna from Build It Right, the Belen-based company that transported the sign, said people were stopping at the site and sharing stories about those who used to stay at the lodge. He said others referred to the sign as “an old friend” they would pass every day on their drive to work or daily bike ride.

Its yellow paint faded, the sign features a jovial man riding a burro while wearing sandals and a big hat. The red script below reads “Mountain Lodge...”

Luna said many photos were taken of the site and he plans to use those in reconstructing the sign for the visitor center.

Albuquerque City Councilor Klarissa Peña has been working with Bernalillo County, the state and the West Central Community Development Group to open the Route 66 Visitor Center. Construction is expected to begin in the coming months.

City officials say Route 66 long has been a critical driver of small business and job creation and includes some of Albuquerque’s most prominent arts and cultural attractions.