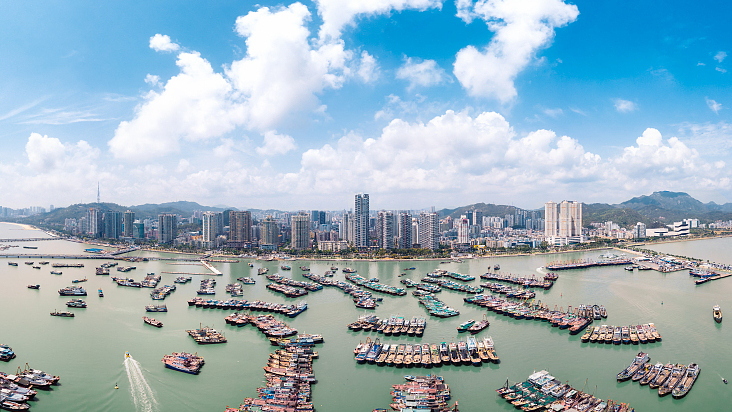 Thanks to job opportunities in the tourism sector nurtured by the growth of the Guangdong-Hong Kong-Macao Greater Bay Area, an increased number of tour guides from Hong Kong and Macao are being encouraged to work in the Chinese mainland, an industry representative said on Tuesday.

"More than 200 Hong Kong tour guides in our association have sought job opportunities in the Hengqin New Area of Zhuhai, South China's Guangdong Province," after the local government released a plan to encourage tour guides from Hong Kong and Macao to apply to work in the area, Yip Chi Wai, director of Hong Kong Tourism Association, told the Global Times.

For those tour guides whose application materials are approved, they can take pre-service training and acquire certification. After they sign employment contracts with travel agencies in Hengqin or register with the local tourism association, they can apply for specialized tour guide certificates.

There may be some changes for visitors to Hong Kong and Macao as destinations may not be restricted to the two Special Administrative Regions. Instead, the bay area may be included in itineraries, Yip said, noting that tour groups that visit Hong Kong can also travel to Hengqin, where Chimelong Ocean Kingdom is located.

The Hong Kong-Zhuhai-Macao Bridge, which measures about 55 kilometers and opened to the public in October 2018, cut the travel time between Hong Kong and Zhuhai from three hours to 30 minutes.

Tourism in Hong Kong has been affected by the unrest in recent months, which has heavily weighed on the business of local tour guides, who are willing to find more opportunities in the mainland where they can also get some subsidies, Yip said.

The plan represents specific action by Guangdong Province to advance the development of the country's Guangdong-Hong Kong-Macao Greater Bay Area, aiming to support tour guides from Hong Kong and Macao to work or start businesses in the mainland, the report said, citing an official with the Human Resources and Social Security Department of Guangdong Province.

Chinese netizens welcomed the plan. One using the name Fengpinglangjing expressed hopes that more workers from Hong Kong and Macao can pursue careers in the mainland.