Foreigners with little knowledge of China certainly are familiar with the name Confucius, the ancient sage whose pearls of wisdom — like the Golden Rule — are commonly quoted throughout the world. 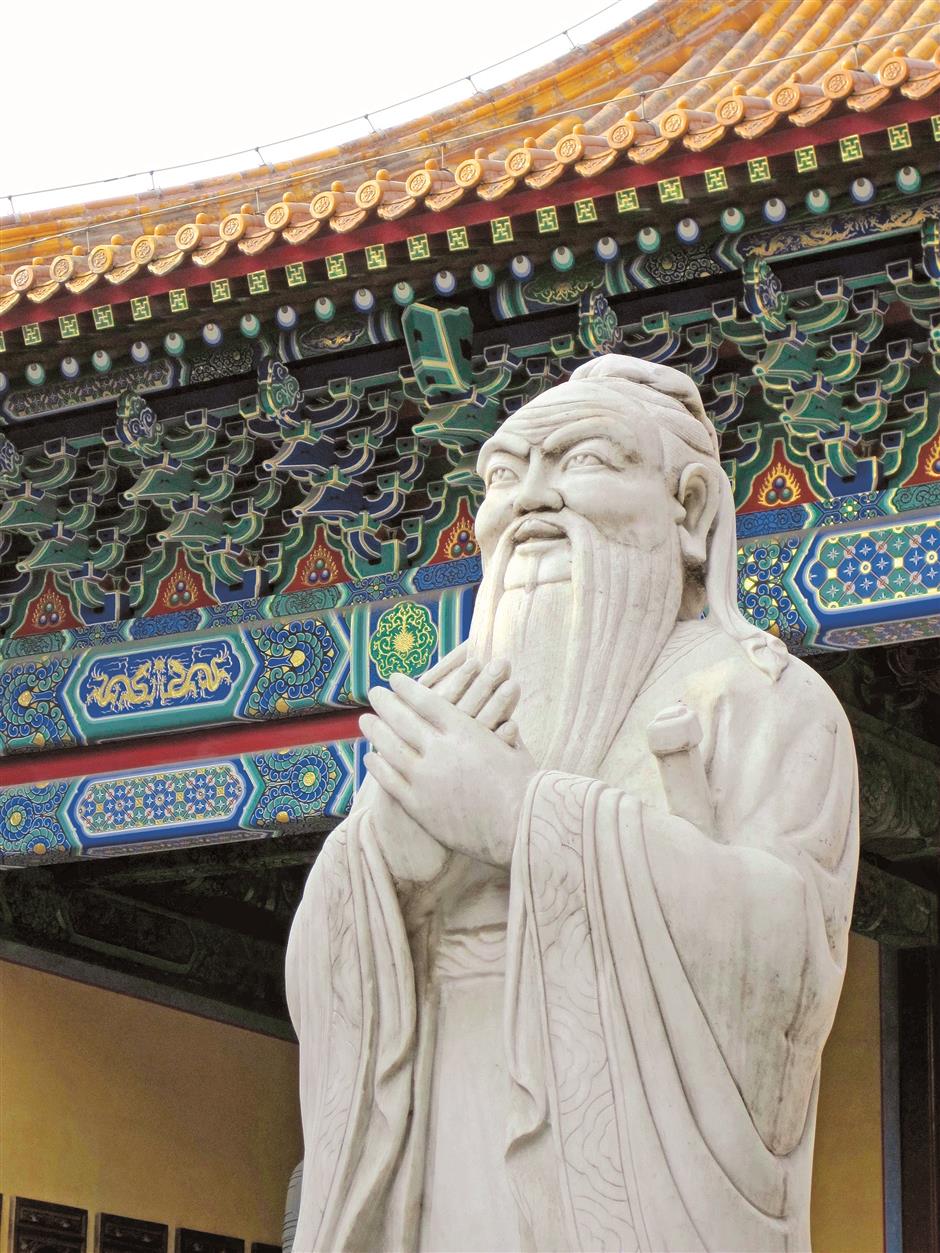 A statue of the great philosopher stands at the Temple of Confucius in Qufu, Shandong Province. (Photos: Shine.cn)

But perhaps less-known is his birthplace in Qufu, Shandong Province, where he is also buried. It’s increasingly become a popular destination for domestic and foreign visitors alike, with tourism contributing about a third of the city’s economy. 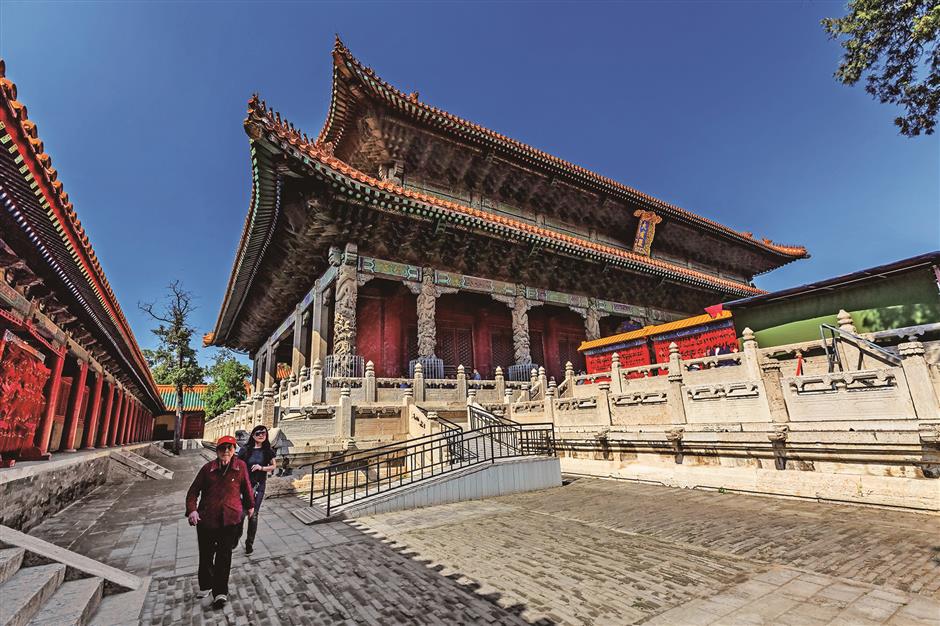 Dacheng Hall is the architectural centerpiece of the present-day Temple of Confucius.

Qufu’s three most important sites are the Temple of Confucius, the Cemetery of Confucius and the Kong Family Mansion. All were listed as UNESCO World Heritage Sites in 1994. 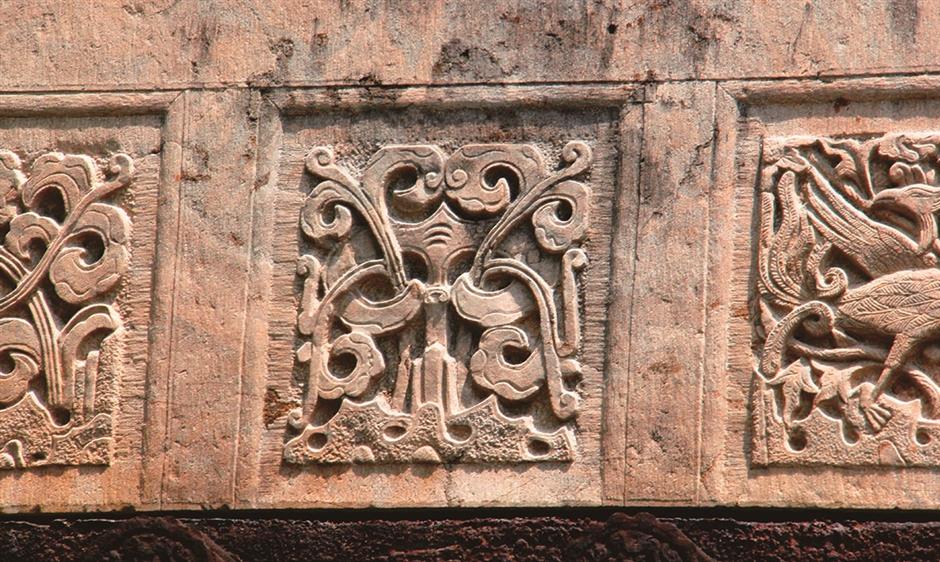 Exquisitely carved patterns on the arch of the Lingxing Gate

Confucius was born in 551 BC and died 72 years later. The name is a Latinized version of the Mandarin Kong Fuzi, meaning Master Kong. Confucius championed strong family loyalty, ancestor veneration and respect for elders. His principles have become closely entwined with Chinese tradition and beliefs. 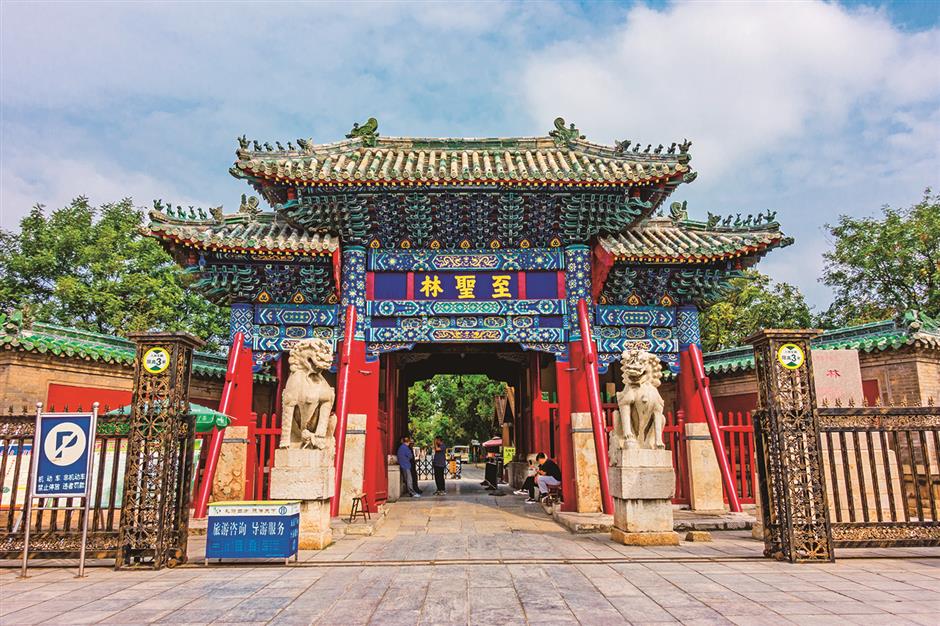 The Cemetery of Confucius is the longest-existing family mausoleum in the world.

Confucius never lived to see the deep and widespread impact his teachings and philosophy had on the world.

Visitors to Qufu can view the platform where he once taught and the Alter of Apricot in the temple, built by later emperors to commemorate the apricot tree under which Confucius often gave lessons.

Within two years after his death, Confucius’ former house in Qufu was consecrated as a temple. Twelve different emperors paid 20 visits to Qufu to worship and pay homage to the master.

The original three-room house of Confucius was removed from the temple, which has undergone 15 major renovations and 30 large-scale repairs over the centuries. Today’s version was completed in 1730. The temple is the second-largest historical building complex in China, after the Forbidden City, and has 460 rooms. 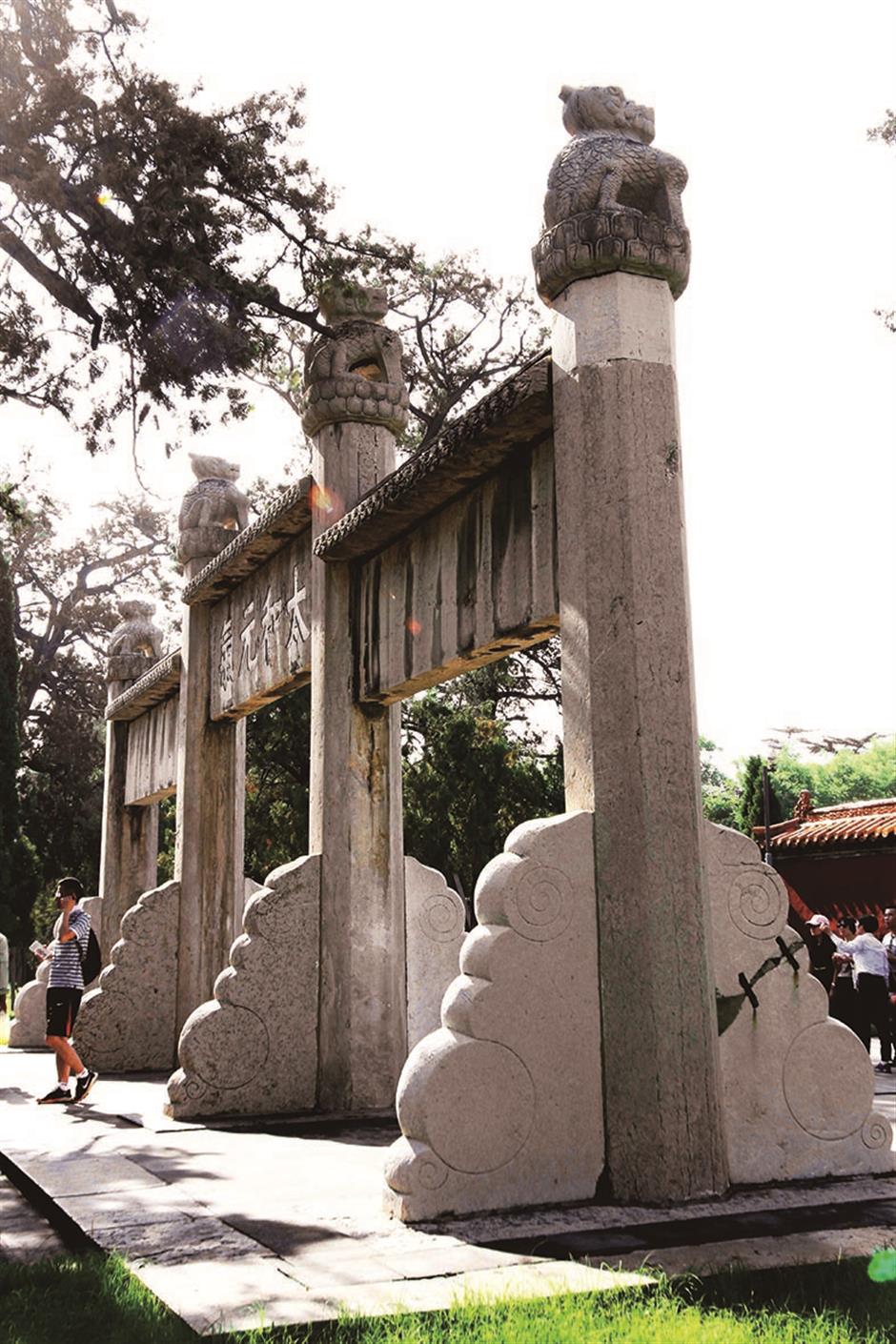 The Taihe Yuanqi Arch in the Temple of Confucius was built in 1544. Taihe means "supreme harmony," while yuanqi refers to natural energy.

The main buildings include the Stele Pavilions, the Alter of Apricot, Lingxing Gate and the Kuiwen Pavilion. Dacheng Hall, or the Great Perfection Hall, is the architectural centerpiece of the present-day complex.

The nearby Kong Family Mansion housed the descendants of Confucius until 1937, when the Japanese invaded China and they had to flee.

In their day, descendants were in charge of tending to the temple and the cemetery. They oversaw elaborate religious ceremonies to mark occasions such as harvests, rites honoring the dead and birthdays. They also served as local magistrates

The mansion was built in 1038 and originally connected to the temple. It was moved a short distance away in 1377 and expanded into three rows of buildings with 560 rooms and nine courtyards. The mansion was gutted by fire in 1887 and later rebuilt in traditional Chinese style. Today it comprises 152 buildings with 480 rooms.

In the Cemetery of Confucius, visitors are struck by an aura of past and present converging. They can walk through arches standing before prominent descendants of Confucius or alongside a newly dug gravesite that still lacks vegetation.

The original tomb erected in memory of Confucius on the banks of the Sishui River was shaped like an axe. The present-day tomb is on a cone-shaped hill with a stone stele.

In 1331, construction began on the wall and gate for the forested cemetery. By the late 18th century, the perimeter wall reached a length of 7.5 kilometers, surrounding the tombs of more than 100,000 descendants of the great sage.

How to get there: It takes about four hours from Shanghai to Qufu by high-speed train. From the train station, a 30-minute taxi ride will reach the Confucian compound.