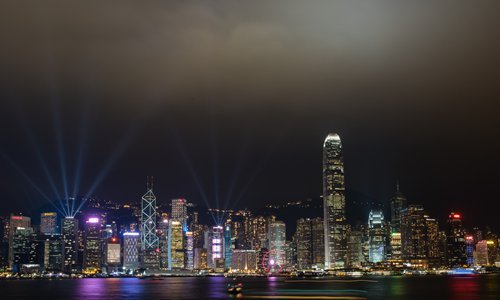 The Hong Kong government rolls out new cash incentives to local travel agencies, to help those that have been hard hit by social unrest, while industry insiders say a complete halt of street violence is needed to restore the tourism sector.

The incentives are part of the government's economic relief plan being offered to enterprises.

According to the plan, travel agencies will be given HK$120 ($15.3) per inbound tourist staying overnight, and HK$100 per outbound tourist from November to March 2020, Secretary for Commerce and Economic Development Edward Yau Tang-wah said on Wednesday.

Yau said that each travel agency could get up to HK$60,000 from the scheme, according to the website of Hong Kong Special Administrative Region government.

The travel agencies could use the money to offer deals to attract tourists, Yau said.

"This is very much needed at this point of time because of the very drastic reduction in visitors to Hong Kong," Yau said.

Hong Kong's tourism industry has been hit hard by the social unrest since June, and many travel agencies have closed down or laid off employees.

During the National Day holidays earlier this month, the number of tourists to Hong Kong dropped about 50 percent in the first six days of the holiday compared to last year.

Chan Sai-tong, director of Hong Kong Tourism Association, told the Global Times on Thursday that he discussed the government's cash incentive plan with around 100 travel agencies and many believed that the incentive will help stimulate their business, but it may have limited effect over the long run.

To fully revive the industry, the government has to stop the violence and restore social order as soon as possible as safety is the priority for most tourists, Chan added.