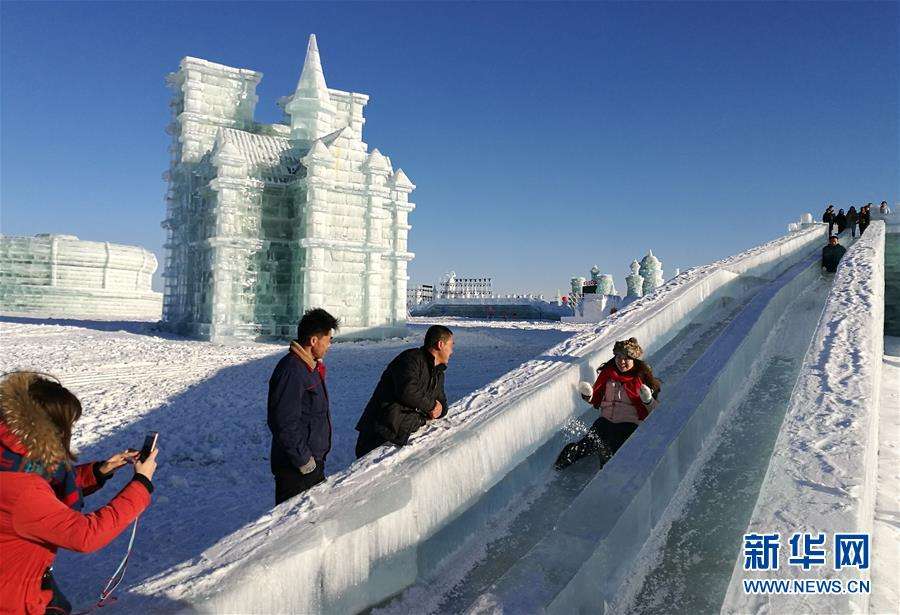 There were a total of 224 million ice and snow tourists in the 2018-2019 winter season, bringing in a tourism revenue of 386 billion yuan, according to information released at a forum held in Harbin, capital of northeast China's Heilongjiang province.

Through exploring ice and snow resources, northeast China, the Beijing-Hebei-Tianjin region, Xinjiang and Inner Mongolia have developed tourist products such as ice and snow parks, ski resorts, and ski towns and villages to attract tourists.

According to statistics, the annual ice and snow tourism revenue in Xinjiang and Hebei grew by 30 percent on average, and that of the three northeastern provinces, namely Heilongjiang, Jilin and Liaoning, grew by an average of 15 percent.

The report also indicated that the most popular ice and snow activities are skiing and skating, visiting ice sculpture exhibitions, and taking part in snow and ice festivals and competitions.

Artificial intelligence, virtual reality, and digital economy are making the travel experience better and better and injecting new impetus into the industry.