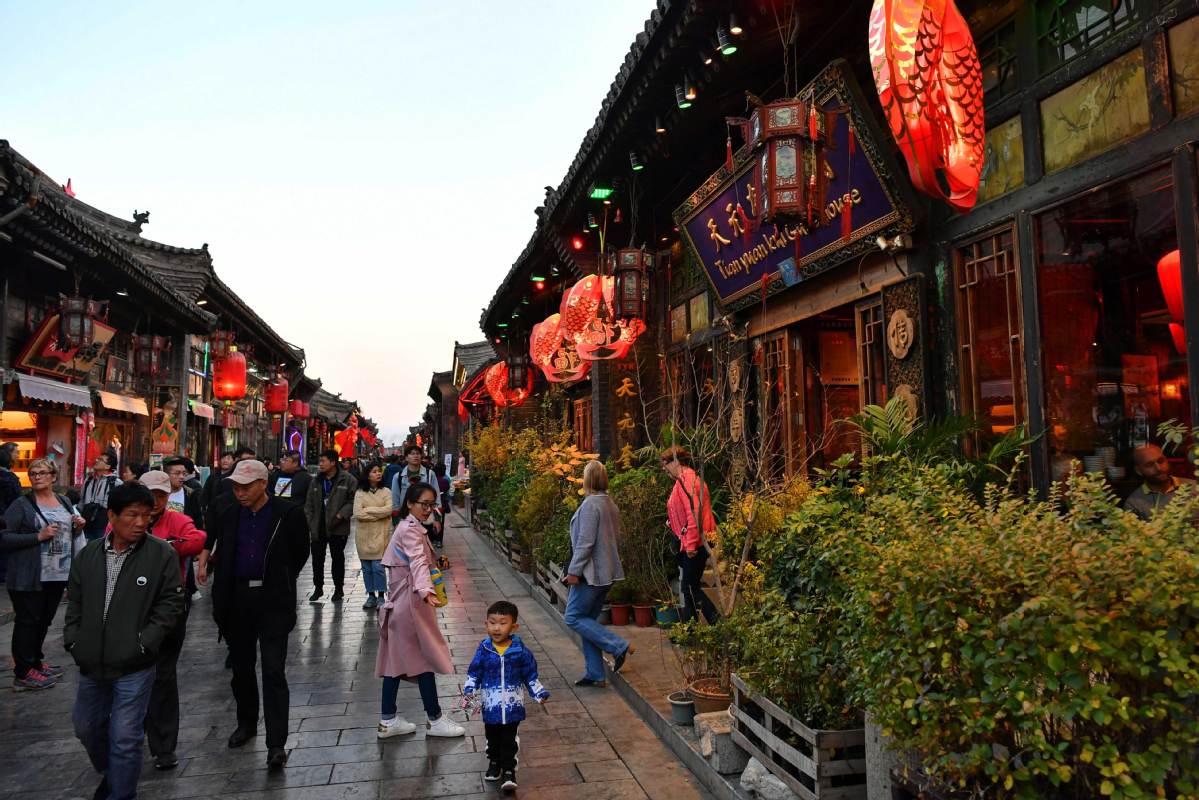 The ancient walled city of Pingyao in Shanxi province has become a magnet for tourists. (Photo: Cao Yang/Xinhua)

With supply-side reform of the tourism industry constantly deepening, many new forms of business featuring immersive travel experience and local culture have sprung up across China in recent years and become new growth points within the tourism industry.

The recently concluded 2019 China International Travel Mart held in Kunming, capital of southwest China’s Yunnan Province, were widely applauded by visitors, for having elements of creative food with cultural characteristics, buying of creative cultural products as well as role-play and local handicraft production participation amongst other things.

The predominant features of new forms of business in China’s tourism industry can be described as participative, immersive, and “Internet plus” oriented services.

Many scenic spots in China are attaching greater importance to culture. With efforts to integrate cultural elements into tourism, culture is better spread, and travel becomes more poetic and colorful.

“I saw the beauty of southern China, and enjoyed the charm of the local culture. It was very pleasant,” said Li, disclosing that he and his family have walked through the villages to enjoy the view of the picturesque local dwellings and more than 100 buildings built during the late Qing Dynasty (1644-1911).

Li and his family chose to stay in a riverside homestay for the night and enjoyed local aquatic products during the evening, according to Li, adding that they enjoyed a long chat while drinking tea at a small table in the yard after supper.

Many parents took their children to the featured Junlebao Dairythereat, a major dairy company in China, for a milk-themed study tour. In this industrial scenic area, which was the first of its kind in China to integrate pastures, factories, as well as popularization of general milk culture into industrial tourism, tourists cannot only watch how a cup of yogurt is produced, they can also have close interactions with cows.

“The boom in culture-themed travel, industrial tourism, and study tours has been a result of the guidance of national policies and tourists’ demands for the various cultural elements found in tourism products,” said Tang Xiaoyun, vice dean of the China Tourism Academy.

The establishment of cultural and tourism departments of governments at various levels has made it more feasible to closely connect cultural products with the needs of the tourism market, noted Tang, disclosing that many local governments have rolled out various favorable policies regarding the benefits it will bring to people by means of tourism services. These services have sped up upgrades of the supply side and furthermore helped to better satisfy people’s need for cultural tourism as well as consumption.