The Spring Festival is China's most important traditional holiday, largely a time for families to get together.

The Spring Festival holiday is also regarded as "golden week" in China, which saw about 6 million outbound tourists during the 2018 public holiday. 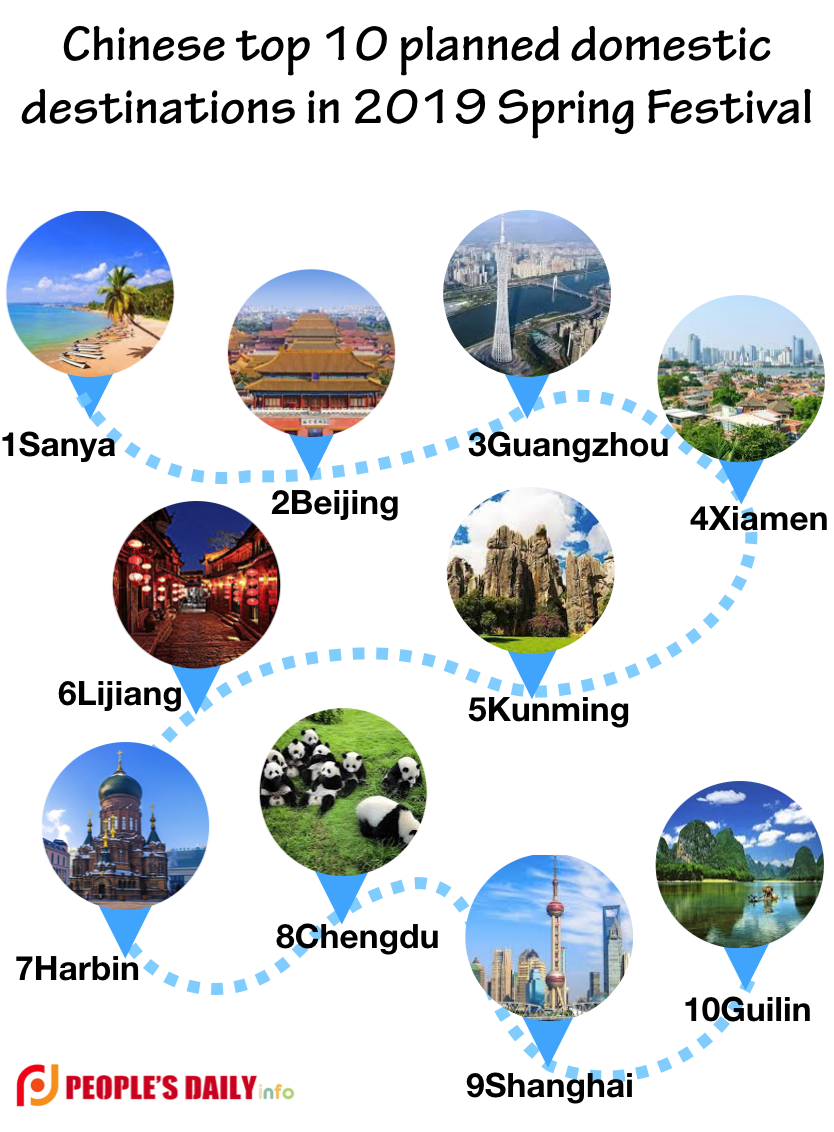 Nearly 7 million Chinese people are expected to travel to about 90 countries and regions during the 2019 Spring Festival public holiday from Feb. 4 to 10, according to a data analysis by multiple institutions.

Qiu Cheng, general manager of Longxingtianxia travel agency of Lanzhou in Gansu Province, said Thailand and Japan are among the most popular tourist destinations for customers this Spring Festival.

"Spring Festival is a time for family gatherings, but it's not necessary to be at home," said visitor Liang Wei. "Traveling abroad is a new option." 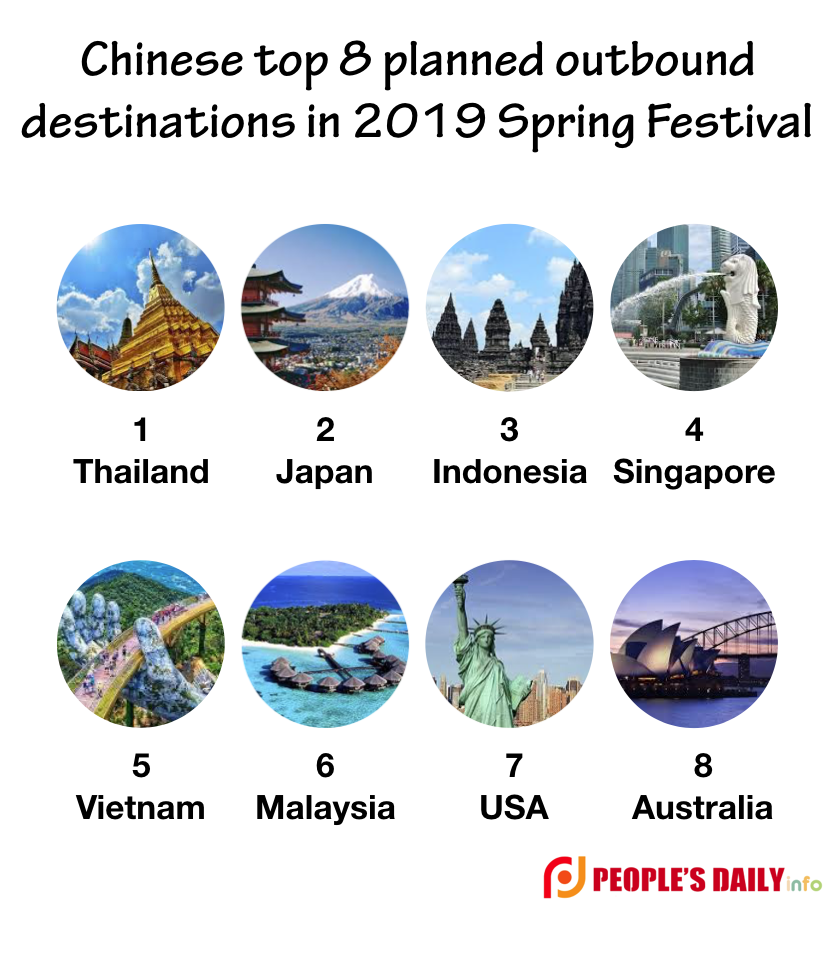 A report based on big data from Tuniu, China's online travel agency, shows that up to 55 percent of outbound travelers that applied for visas during Spring Festival were applying with their families. 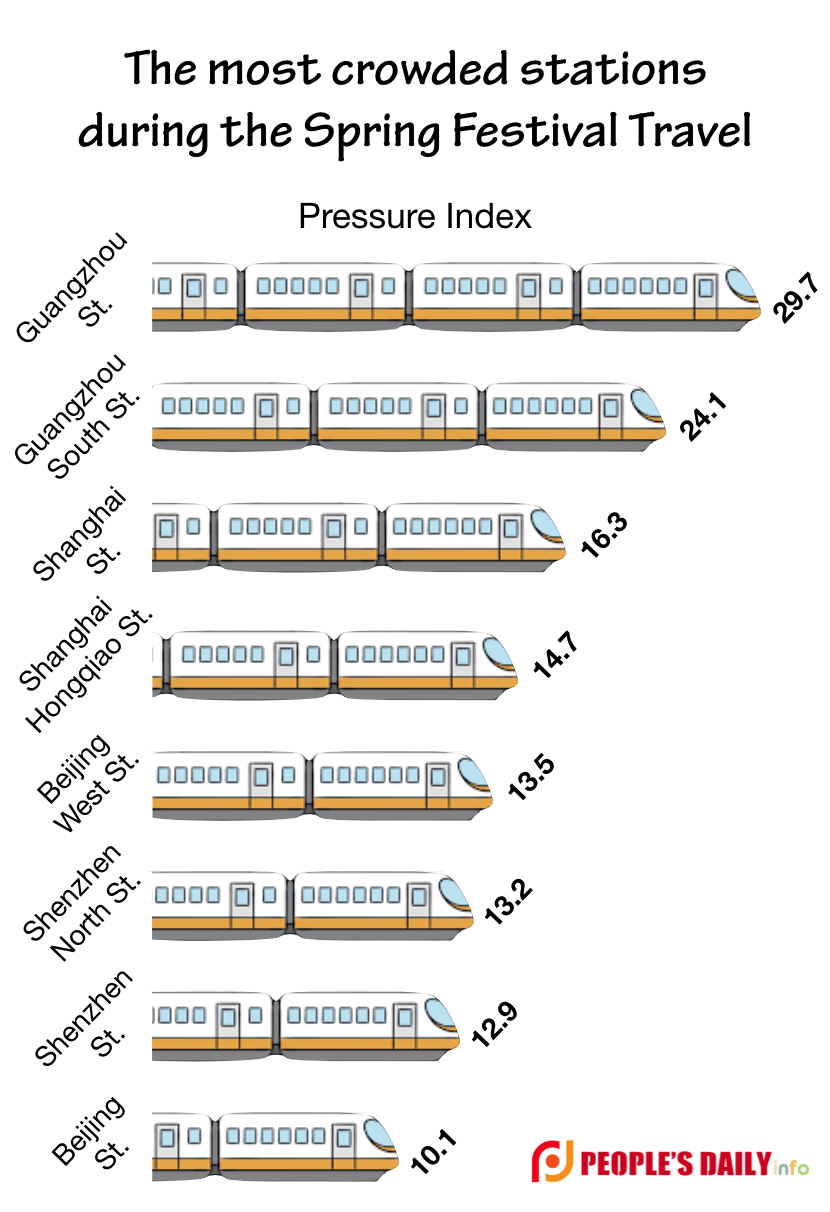 (Infographics are produce by Bai Yuanqi; data and predictions are derived from Xiecheng, Feizhuo and Tongchengyilong that are China's major online travel-booking agencies)