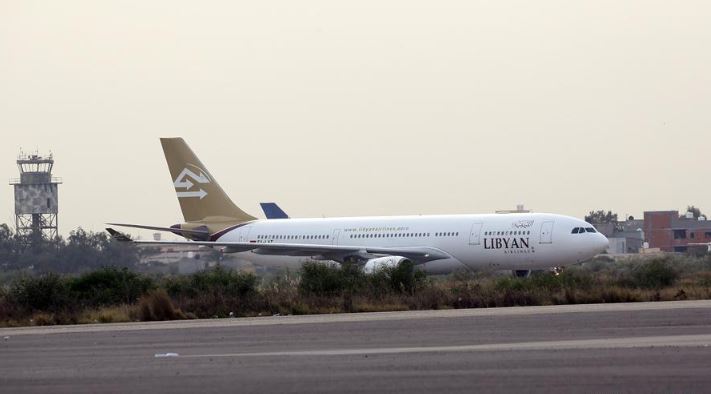 Photo taken on Jan. 20 show a plane at the M'etiga international airport in the Libyan capital of Tripoli. (Photo: Xinhua)

TRIPOLI, Dec. 12 (Xinhua) -- Flights have resumed in the Mitiga International Airport in the Libyan capital Tripoli after nearly three months of closure due to security concerns, an airport official said Thursday.

"Based on instructions of the Civil Aviation Authority, the Airport has been officially reopened after nearly 3 months of closure," Lutfi Al-Tabib, director general of Mitiga International Airport, told Xinhua.

Al-Tabib confirmed that two flights operated by two local airlines had already taken off from the airport to Tunis and Istanbul, respectively.

The resumption of the operation of the Airport will be gradual, as other airlines will start working next week, Al-Tabib said.

On Wednesday, Libya's UN-backed Prime Minister Fayez Serraj and other senior officials visited the airport to inspect the preparation work for the reopening of the air hub.

The Mitiga International Airport has been closed since September due to the clashes between the government and the eastern-based army that has launched an offensive since April to take over the capital.

The closure forced the authorities to redirect all flights to the International Airport of Misurata city, some 200 km east of Tripoli.