Soon after China downgraded its COVID-19 management measures, many Chinese tourists embarked on outbound travels. Many tourism destinations are thrilled to welcome them back. 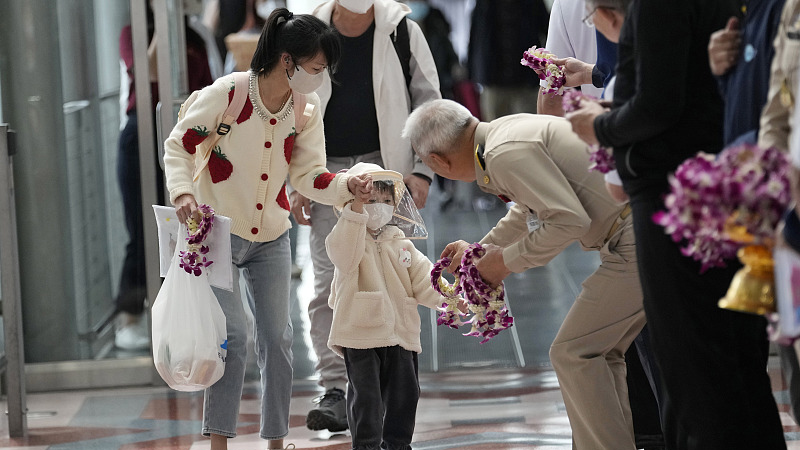 Tourism is an important economic pillar and source of foreign exchange earnings for Egypt. Since the outbreak of the epidemic, tourism in Egypt has been hit hard, and the performance of the travel agency has dropped sharply.

"China's announcement that it will resume Chinese citizens traveling to qualified countries gives us hope. The Chinese-speaking guides of the travel agency will soon resume work. I look forward to Chinese friends visiting Egypt as soon as possible," the manager said.

According to data from the United Nations World Tourism Organization (UNWTO), before the outbreak, China was one of the world's leading consumers of outbound tourism. The optimized and adjusted epidemic prevention policy will have a positive impact on the development of China and the global tourism industry.

It is expected that during the Spring Festival this year, overseas tourist destinations will welcome a large number of Chinese tourists going abroad.

According to Trip.com, China's major travel booking agency, as of January 5, overseas travel orders during the 7-day Spring Festival surged by 540 percent compared with the same period last year, and the average order cost increased by 32 percent year on year.