BEIJING, Aug. 29 (Xinhua) -- Beijing-based PR manager Gong Yile never expected that her parents, both in their fifties, reacted like little kids when they first spotted lions on the Serengeti in Tanzania. 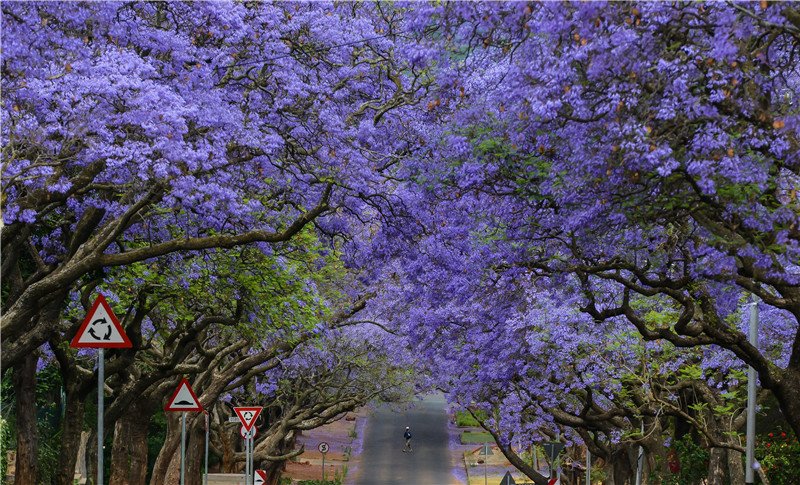 The nine-day Tanzanian trip left this Chinese family with fond memories, making Africa a daily topic in their household.

"My parents even searched for and watched the Disney animated movie 'The Lion King,'(1994)" she said.

In recent years, African countries have taken a top spot as popular destinations among Chinese tourists.

"Africa means 'The Lion King' during childhood and Mount Kilimanjaro during youth. It also means (the documentary) 'The Great Migration' narrated by David Attenborough..." Gong, 30, wrote in her travel notes. "For many people, Africa is a remote and idealistic place, and journeying there is like a pilgrimage into nature."

"It is relatively a new travel destination, and I have long wanted to pay a visit. Our trip was well-timed. If I do not make the trip this time, it would be hard to revisit Africa soon."

There was a 40 percent year-on-year increase of tourists purchasing travel packages to Africa via Ctrip, according to statistics by the online travel agency. The post-80s generation stands as the main demographic, accounting for 30 percent of the purchasers.

Egypt, Mauritius, Kenya, Morocco, Tanzania, Tunisia and Ethiopia are among the most popular destinations.

"Having been to major travel destinations in Europe, America and Asia, many tourists are now looking for less visited locations with novelty," said Hu Wenyu, head of Ctrip's Middle East and Africa business.

There has been a clear trend of increase among Chinese tourists visiting Africa, Hu added.

Currently, 20 countries and regions in Africa extend visa-free or arrival visa policies to Chinese citizens, according to the Foreign Affairs Ministry's website of consular services cs.mfa.gov.cn.

More convenient visa facilitation policies are an important factor for some countries to attract Chinese travelers.

The period between July and October marks the peak season of tourism in Africa, according to Qiu Feiming, an experienced tour agent with Ctrip. Most Chinese tourists will go to the eastern and southern parts of Africa to observe wild animals and feel closer to nature.

Qiu added winter marks a peak season for North Africa. The warm climate along the southern shores of the Mediterranean, the desert landscape of Sahara and exotic Arabic charms are appealing to travelers. Tropical islands in Mauritius and Seychelles are the top choices for honeymooners. 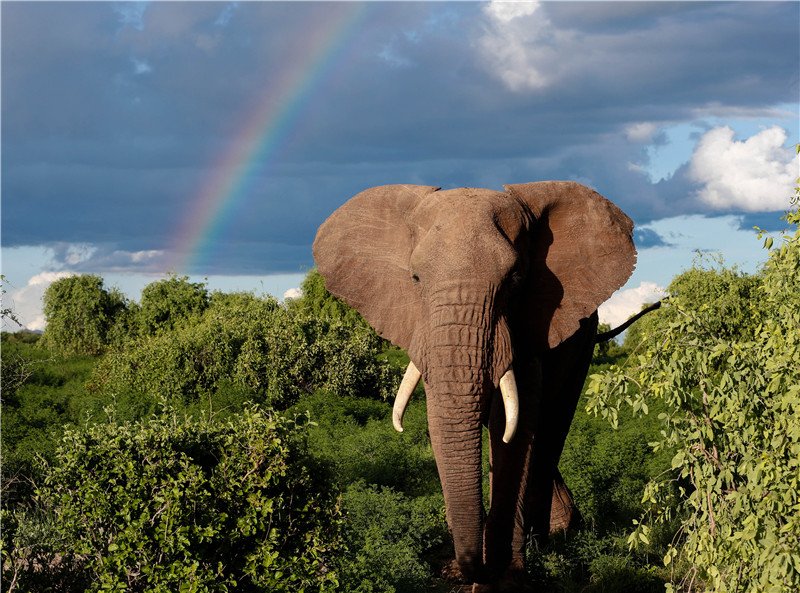 AN ENRICHING LECTURE ON NATURE

The migration of wild animals is a major attraction for travelers wanting to visit Africa. Huang Hongmei and her friends have just returned from a 19-day trip that brought them to Kenya, Tanzania, Madagascar and Ethiopia.

Reminiscing about the spectacle of herds of wildebeest crossing the river, Huang described the experience as "breathtaking." "I had a heartfelt sense of awe for the circle of life and death as I watched the race of life taking place right in front of me," she said.

The tourists were deeply impressed by the local consciousness of environment and wildlife protection. To them, it was an enriching lecture on nature and wild animals.

By dusk, the safari vehicle stopped on the dusty trail of a national park. Gong said the tour guide then motioned toward a giraffe enjoying its dinner, with its hair gleaming like gold in the afterglow.

When the motor was switched off, everything was silent except for the giraffe's munching. "At that moment, even the sound of our breath would break the serenity," said Gong. 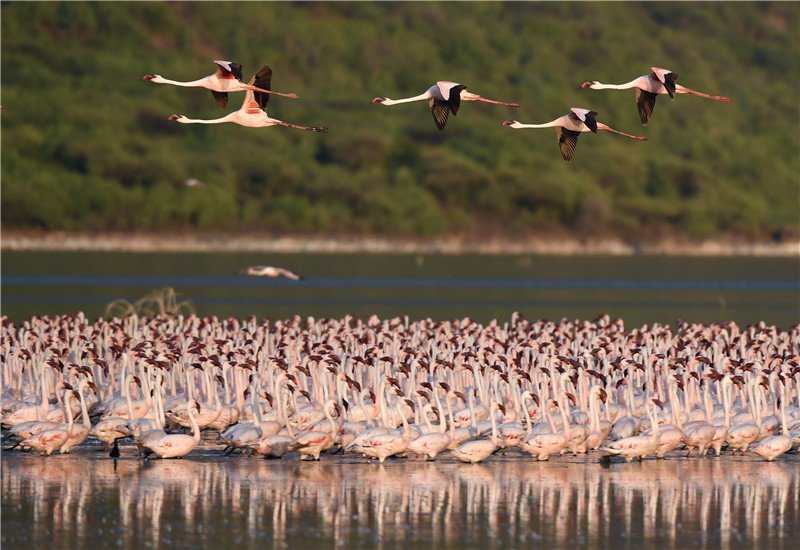 Contrary to her expectations, Gong found that sanitary conditions in Tanzania are even better than that of some markets and restaurants in Beijing.

Qiu said that the tourism infrastructure in the southern and eastern parts of Africa is satisfying, but it is a different story when it comes to wildland activities. An insufficient supply of water and electricity happens from time to time.

Tourist attractions in Africa are actively enhancing their infrastructure to meet the needs of Chinese tourists. "The performance of safari vehicles is getting better by the year, for instance," he added.

According to Hu, price and resources are the two major factors restraining the number of Chinese tourists to Africa.

With high costs in tourist development, the average price for an individual traveler is higher. And there can be a shortage in transportation, accommodation and tourist workers during peak seasons.

During peak seasons, tour guides who can speak Chinese are in high demand. Huang noted four out of five local tour guides she met were part-timers.

"The one I met in Madagascar was a local young man who studies Chinese, " she said. "He has his own garment business and only works as a tour guide in peak seasons."

A tour guide Huang encountered was a recent graduate from the local Confucius Institute and did not speak Chinese fluently. "But even someone like that is in high demand," she said.

Tour to Africa takes up approximately 12 percent of Ctrip's business in the Middle East and Africa, said Hu. "We have a special team in charge of our business in Africa, and we have been exploring the potential of the Africa tourism market. Currently, we are working on cooperative promotion plans with African hotels."

Kenya hopes to attract at least 100,000 tourists from China in the following year or two, said Najib Balala, Cabinet Secretary for Tourism and Wildlife.

An official with the Moroccan Tourism Ministry said that Morocco is stepping up efforts in improving their transportation and hotel infrastructure to raise its tourist capacity, aiming to attract an annual average of 500,000 Chinese tourists by 2020.

Meanwhile, South Africa took the opportunity of the 20th anniversary of the establishment of diplomatic relations with China and the 100th birthday of the late President Nelson Mandela to promote its tourist products in China.