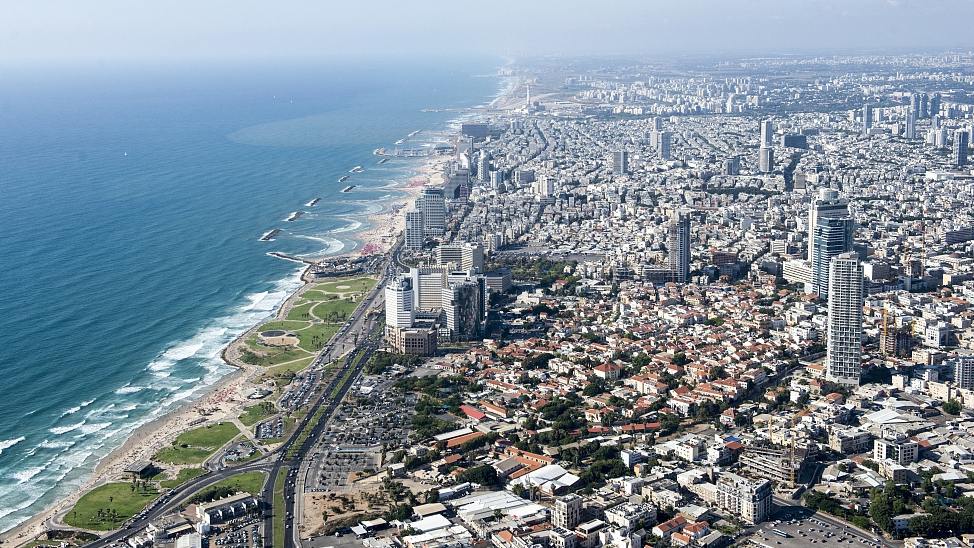 Aerial view of the coastline and city of Tel Aviv, Israel. ( Photo: VCG)

Israel's Ministry of Tourism of signed an agreement with China's online travel operator Ctrip during the ongoing  ITB China tourism exhibition to strengthen tourism in the Chinese market.

Further cooperation will be carried out between the two sides, mainly in terms of itineraries, big data and marketing to attract Chinese travelers, particularly young people to Israel, according to the agreement.

Some 55,000 Chinese visited Israel during the first four months of 2019, up 70 percent year-on-year, according to data released by the Ministry of Tourism of Israel.

Israel has launched a series of measures to promote tourism in China, including developing travel products with diversified themes, increasing direct flights between the two countries and providing more convenient visa policies.

ITB China, a professional exhibition focusing on travel and tourism industry, is annually held in Shanghai. This year, 800 exhibitors from 84 countries and regions are taking part in the exhibition from May 15 to 17.