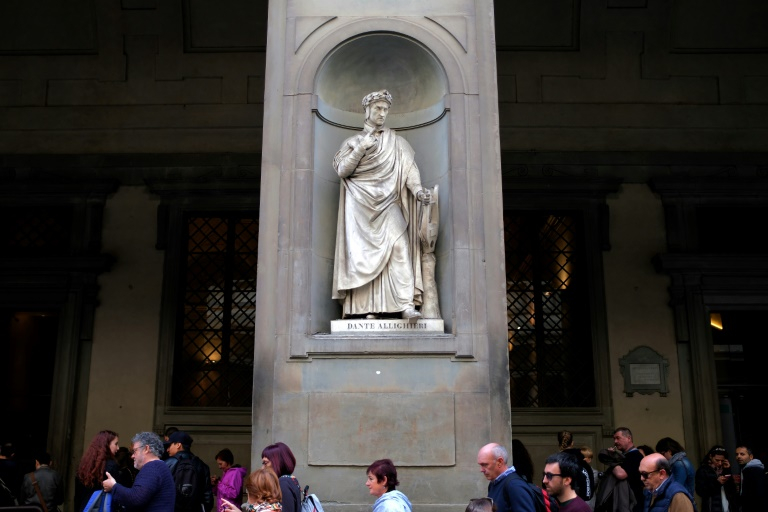 The Uffizi Gallery has won a U.S. court victory which said it had a "superior right" to use its name, brand and logo. (Photo: AFP)

Visitors to historic museums and sites around the world are frequently confronted with a plethora of websites masquerading as official sites when seeking to buy tickets online.

"These websites have been exploited to date for the sale of tickets to the museum at grossly inflated prices through improper use of the name Uffizi in a deliberate attempt to trick visitors," the gallery said in a statement.

"This was no mere small-time legal tussle: huge sums of money are involved in the phenomenon of online ticket touting, and it is money stolen from the community as a whole that ends up lining the pockets of the web's artful dodgers."

The legal battle was with BoxNic Anstalt, a company that had registered numerous domains containing the word Uffizi in Arizona, said the museum, one of the most visited in the world.

The Arizona Federal Court has now declared the "museum's superior right" over that company to use the Uffizi name, brand and logo.

BoxNic had argued that the term "uffizi" was simply an old-fashioned spelling of the Italian word "uffici" or "offices".

The court "has obliged the company to transfer the registration of the domains it had misappropriated to the Uffizi within 15 days," the gallery said.

"We have delivered a devastating blow to the web's bloodsuckers who have been exploiting our heritage illegally and in bad faith for years like parasites, depriving the community of resources," said gallery director Eike Schmidt.