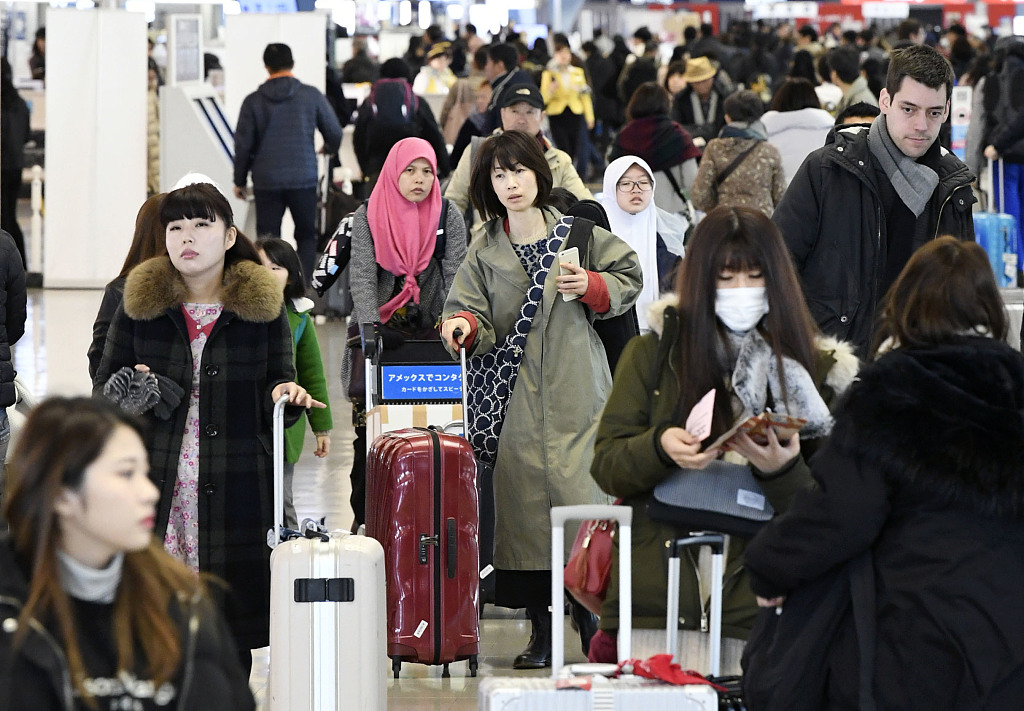 The new departure tax is applicable to those departing Japan by airplane or ship, while infants aged under two years old and those transiting within 24 hours are exempt.

The tax follows legislation passed in April last year and is aimed at creating new revenue streams that will be directed into facilitating improved travel services, as well as providing travelers with better access to information about traveling in Japan to enhance visitors' satisfaction and bolster tourism, especially to rural areas.

The departure tax will also be allocated to the building of facilities and infrastructure to cope with the increasing numbers of tourists expected to visit Japan in the run up to and after the Olympic and Paralympic Games to be held in Tokyo in 2020, government officials have said.

Government officials in Tokyo have said the income from the new tax will amount to some 6 billion yen (55.26 million US dollars) between January and March 2019, and prior legislation had been passed to ensure all revenue generated is allocated for projects related to tourism.

Revenue in fiscal 2019, meanwhile, is expected to hit the 50 billion yen mark, the government has estimated, with the funds to be utilized for tourism-related projects and infrastructure, including facial recognition technology at gates in air and seaports.

Japan, while enjoying an economic uptick, is still mired in deflationary pressure and has been increasingly looking towards its tourism industry to boost its economy.

The number of tourists, particularly from Japan's closest neighbors, has risen significantly recently, owing in part to relaxed visa regulations and a comparatively weak yen bolstering the purchasing power of inbound visitors.

The Japan Tourism Agency said that inbound tourists for the first time since record keeping began topped 30 million visitors in 2018 and the government is aiming to see that figure rise to 40 million by 2020.

Visitor numbers from China have been consistently solid, as well as those from South Korea.

In addition, the government also aims at attracting more tourists from European countries.

There has been some backlash, however, to the introduction of the departure tax, with some locals complaining that the system is designed just to benefit tourists and not Japanese citizens.