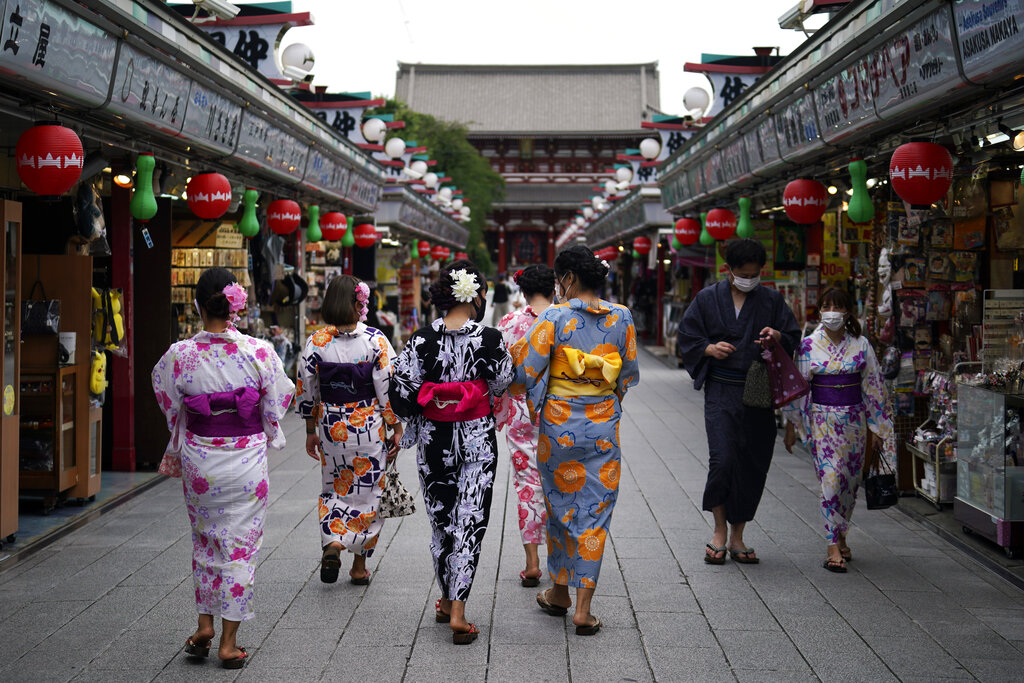 TOKYO, May 3 (Xinhua) -- Japan's "golden week," an important holiday around early May for both the Japanese people and businesses, was bleak and quiet this year amid the COVID-19 pandemic.

A popular noodle shop on Tokyo's Meiji Street posted a notice regarding suspension of business due to refurbishment ahead of Japan's May day golden week this year. Although closure for refurbishment is not rare for Japan's catering service business operating amid the pandemic, shutting down during the golden week is still an unusual thing to do.

According to the order, large commercial facilities are closed, sports and other major events would receive no spectators, catering services must close at 8 p.m., and alcohol shall not be served throughout the day. The government has also asked people to stay indoors.

"More than half of our turnover is from alcoholic drinks," said the owner of a bar near Tokyo's Shibuya station. "When a bar is not allowed to sell alcohol, it makes no sense to open the shop. We might as well close it."

Local media reported that not only restaurants, but wholesale enterprises for alcohol and foodstuffs have been greatly affected. Kirin, Suntory, Sapporo and other beer companies have said that refunds have become common, and the enterprises will pay close attention to the regional market.

Electrical chains Yamada Denki and Kojima, as well as general department stores Isetan Mitsukoshi and Takashimaya have responded to the government's call to shorten operating hours in some areas and close some stores or floors and counters. But even before the government declared a third state of emergency, the share prices of department stores and clothing retailers had tumbled.

Surveys have shown that about 80 percent of respondents believe that the worsening pandemic will affect this year's golden week arrangements, and 70 percent said they will not travel or visit relatives back home.

Takeshi Minami, a researcher at the Norinchukin Research Institute, said that Japan had lifted its second state of emergency in March, but the pandemic has become worse rather than eased off. As the pandemic continues, there are concerns about a prolonged period of stagnation in service-centered economic activities.

Toshihiro Nagahama, an economist with Dai-ichi Life Research Institute, said that the scope of the emergency state may be expanded and the duration may be extended, which will inevitably affect the country's economic recovery.