Japan is reportedly planning to ease travel restrictions to China and 11 other countries and regions next month, local media reported Thursday. 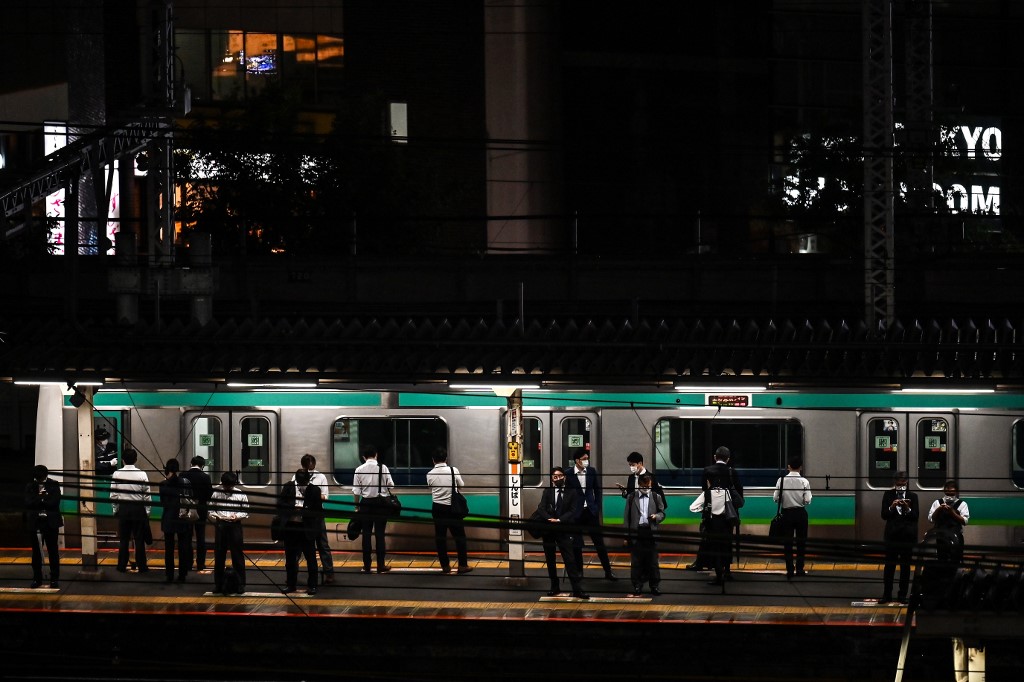 People wait for the train in Tokyo's Shimbashi station on October 7, 2020. (Photo: AFP)

According to the Yomiuri Shimbun newspaper, the 11 countries and regions include Australia, New Zealand, Singapore, South Korea, Vietnam, Malaysia and China's Taiwan, among others.

The Japanese government said it will urge travelers to not make unnecessary trips and to refrain from visits that are not urgent, the newspaper said.

A day earlier, Japan and Australia discussed the promotion of further talks towards easing travel restrictions both countries have placed on each other due to the COVID-19.

Japan's Foreign Ministry also confirmed recently that business travel would resume between Japan and South Korea as early as Thursday after flights were similarly suspended.

Under the agreement between Tokyo and Seoul, both countries, on the resumption on bilateral travel, agreed that travelers on short-term business trips will not be required to self-isolate if they test negative for COVID-19 and submit travel itineraries to the appropriate authorities.

Expatriates and long-term residents, meanwhile, will have to self-quarantine for 14 days under the agreement.

The deal, in essence, is similar to one struck recently between Japan and Singapore.

Japan on October 1 eased entry restrictions into the country from foreigners around the world, although entry is still being refused for tourists.

Those such as foreign medical professionals, teachers and others who are qualified for medium or long-term stays for three months or longer will be allowed entry, the government decided, with those traveling for business purposes for fewer than three months also being eligible.

Eligible travelers will have to test negative for COVID-19 before entering Japan and upon arrival in Japan, while their sponsors, such as companies or organizations which support them, will be expected to ensure their self-isolation for 14 days, during which time they will not be allowed to use public transport.

The government had said it would consider permitting 1,000 foreigners into the country per day, mainly to accommodate those who intend to stay for three months or longer, while looking to increasing the cap in the months ahead.

Foreigners with resident status here who had been overseas have recently been allowed to re-enter the county, while expatriates and other long-term residents from some Asian countries have also been granted access into the country.

These include those from Vietnam, Thailand and a number of other economies with which reciprocal agreements have been made.

The Japanese government has more recently made similar reciprocal agreements with Singapore and Brunei.

Currently, people from 159 countries and regions have been denied entry to the country, but Japan has steadily been easing its entry restrictions.