TRAVEL Journey to the west: the ruins of a great trade route

Journey to the west: the ruins of a great trade route

Barren mountains, dry valleys, crumbling mud-brick towns, post houses, ancient Buddhist caves and graveyards. In the torrid heat of August, we retraced the epic journeys made by camel caravans across the Tianshan, or Heavenly Mountains, in the northwestern autonomous region of Xinjiang Uygur. 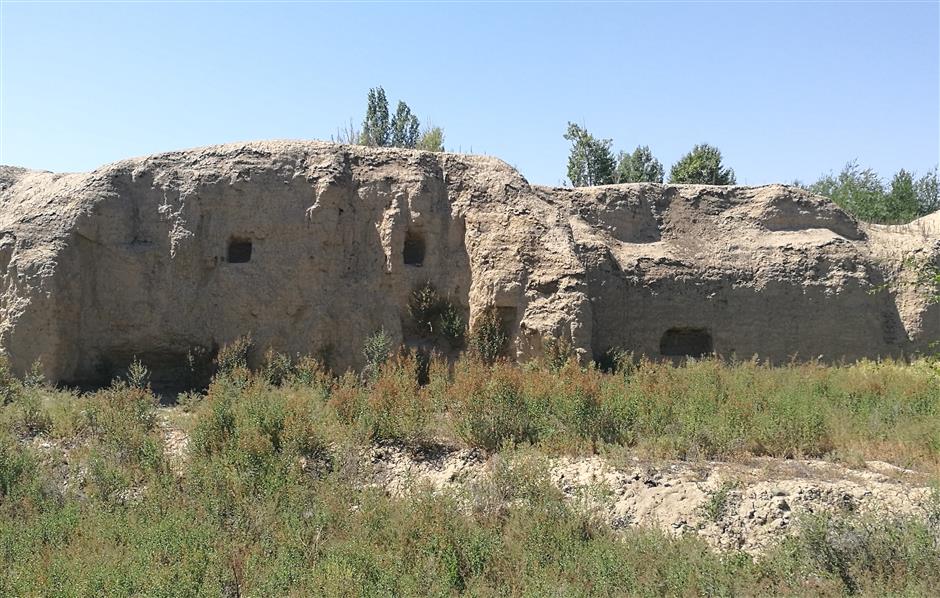 Officially opened in 2016, the Beshbalik Ruins are 12 kilometers north of the Jimsar County in Xinjiang. (Photos: Shine.cn)

The series of routes collectively known as the Silk Road linked China, Central Asia and Europe from the second or first century BC until the 16th century. In ancient times, it connected multiple civilizations in an exchange of trade, religious beliefs, scientific knowledge, technological innovation, cultural practices and arts.

Today, the ancient trading settlements, cities and palace complexes of various empires and Khan kingdoms are ruins of the past. 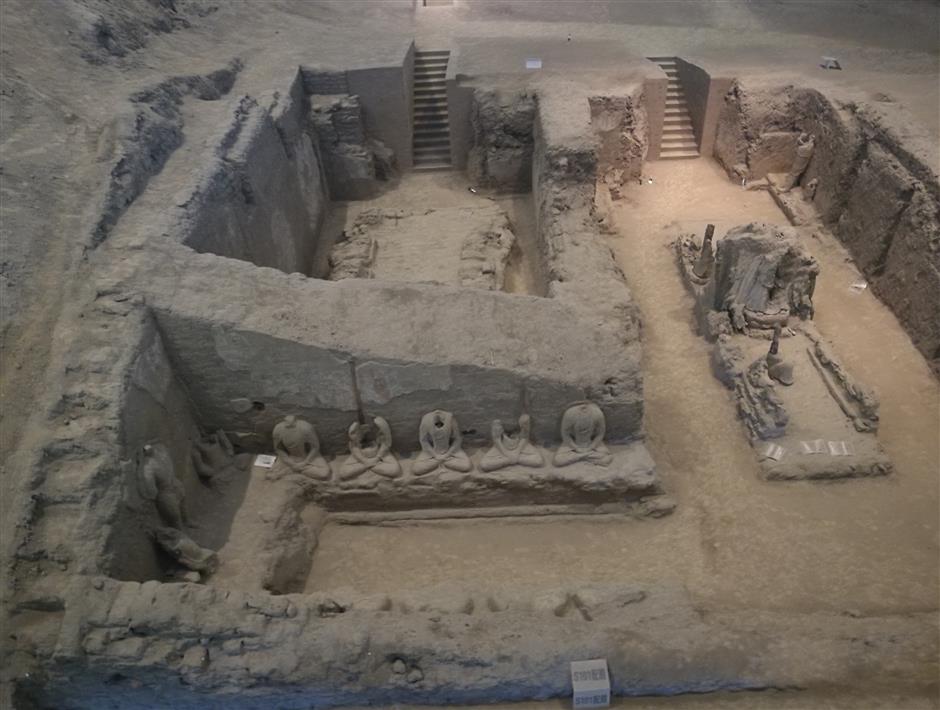 Part of the site of the Qocho Uygur Buddhist Temple has been unearthed by archeologists, revealing the architectural design of the temple.

Officially opened in 2016, the Beshbalik Ruins are 12 kilometers north of the Jimsar County in Xinjiang. The city, called Beiting in Chinese, was once a strategic pass along the Silk Road.

Covering an irregular rectangle of some 1.4 square kilometers, the major remains in Beiting include the city gates, the inner and outer wall bases, the traffic networks and the site of Qocho Uygur Buddhist Temple, also known as the West Temple in Chinese.

First built in the Han Dynasty (206 BC-AD 220), the site served, in chronological order, as the seat of the government of the Ting Prefecture, the Beiting Protectorate and the Beiting Military Governor of the Tang Dynasty (AD 618-907).

In the 9th century, the Uygurs used Beiting as their base for westward expansion. After establishing their capital in Qocho, located in what is today the Gaochang District of Turpan, they turned Beiting into a summer capital because it was cooler.

On a raised terrace of the West River, the West Temple was the royal temple of the Qocho Uygur Kingdom. Moat remains have been discovered around the temple. The existing highest point is 14.3 meters. Buddhist statues removed from the cave niches are on display at the Qocho Uygur Buddhist Temple museum.

To protect the temple remains, a museum of preservation has been built. The pagoda-shaped main hall is in the north, with two stories of large cave niches built around its facade. The southern part is a complex of outbuildings.

Part of the Buddhist hall in the front has been cleared by archeological teams. There, visitors can see the general architectural design of the temple, which included side halls, a storehouse, a monks’ residence and other outbuildings. The rest was filled in with adobe after the site was abandoned, to prevent collapse. Buddhist statues, murals, horse bones and armor remains discovered in the cave niches of the main hall and the southern side halls are displayed on the ground floor of the museum.

The temple was destroyed during Islamic invasions of Beiting in the 13th and 14th centuries. 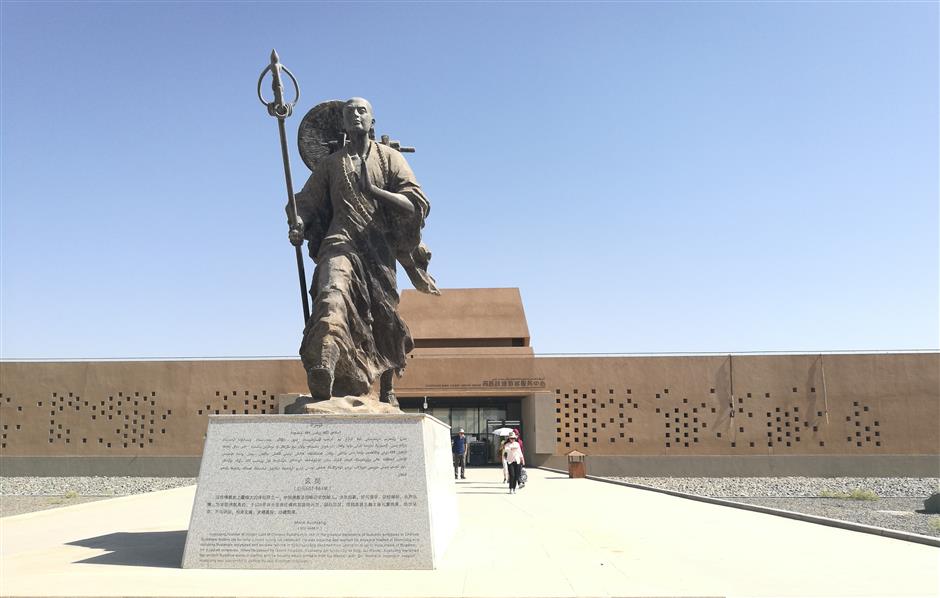 About 40 kilometers from the city of Turpan, Gaochang was the largest oasis city on the southern flank of the Tianshan Mountains. Dating from 100 BC to AD 1300, it was a stopping point for merchant traders traveling the Silk Road.

Over the years, the city underwent five historical stages with changing dynasties. It was listed by the State Council, China’s cabinet, as a key cultural site in 1961 and placed under national protection. As a result, the Gaochang Ruins are well preserved. They occupy 2.2 square kilometers, with inner and outer cities.

The layout of the city is similar to that of Chang’an, capital of Tang Dynasty at that time. The remains excavated at the site include the Southeast Minor Temple, Khan Fort, the Tang monk Xuanzang’s Preaching Hall and Southwest Grand Buddhist Temple.

The story goes that Xuanzang visited Gaochang on his way to India in AD 630, and the King of Gaochang was so impressed by his preaching that he took the young monk captive. Xuanzang went on a hunger strike and was released with a promise to return. The key structure where Xuanzang lectured is still recognizable. Archeologists have concluded that buildings in the inner city were as high as four stories.

There are nine gates leading to the outer city, where visitors can view a defense wall, turrets on the terrace, and a hollow wall by the moat. The high walls and deep moats made it a significant military fortress of the Western Region. 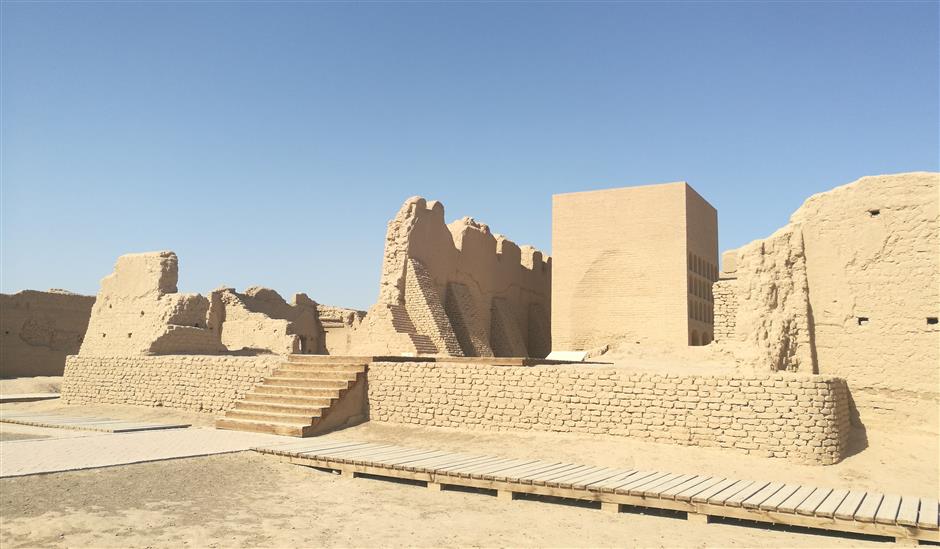 By the beginning of the Ming Dynasty (1368-1644) the city was abandoned due to invasion of the Mongols.

The city of Yar, or Jiaohe in Chinese, also developed from a border garrison post in the Han Dynasty. The earliest people known to have lived in the area were the Cheshi (about 60 BC), who were Caucasians.

Lying between two rivers atop a cliff of over 30 meters, Jiaohe, which translates as “river junction” in Chinese, looks like a long leaf-shaped strip. The rushing water eroded steep cliffs, creating a natural city wall.

Being part of the Silk Road UNESCO World Heritage Site, Jiaohe is best-known for its mud houses dug from the raw soil. The underground rooms were cool, providing shelter from the heat of summer and the strong winds of winter.

The city is divided into an administrative district, residential quarters, a temple and tomb areas. The streets, stupas and workshops we see today feature Tang Dynasty style. No house gates face the streets because military defense was priority at that time.

Mummies, horse bones and other relics evacuated in the graveyard of the city are displayed in the Turpan Museum, as well as in the Xinjiang Regional Museum in Urumqi.

In the middle of the 14th century, the Yuan empire collapsed. The resulting disruption of trade, combined with a lack of water amid a drier and colder climate associated with the Little Ice Age, caused people to abandon the fortress city.

In ancient times, both Gaochang and Jiaohe were once a fertile, cultivated land, inhabited by the Chinese, Sogdians, Tocharians and Caucasians. It was where Buddhism spread to China from India along the northern branch of the Silk Road. The building of Buddhist caves probably began during this period, according to historical documents. The remnants of Khan Fort at the Gaochang Ruins

The Kizil Thousand Buddha Caves developed in the third to eighth centuries are the earliest Buddhist art treasure in China. The caves are on the edge of the Tarim Basin northwest of Kucha, an ancient Buddhist kingdom in what is today Baicheng County of Xinjiang.

A specific style of music called Kuchean developed within the region and spread along the Silk Road. Lively scenes of Kuchean music and dancing are described in the writings of the monk Xuanzang, who visited Kucha en route to India.

“The fair ladies and benefactresses of Kizil and Kumtura, in their tight-waisted bodices and voluminous skirts, recall that of all the rich caravan towns of the Tarim, Kucha was renowned as a city of pleasure,” he wrote. “China men talked of its musicians, its dancing girls and its courtesans.”

Visitors to the caves can see the murals on the walls of Kizil caves, which give a convincing visual form to the scene in the writings of Xuanzang. According to researchers from the Kucha Research Institute of Xinjiang, Kuchean music was very popular in the Tang Dynasty — particularly the lute, which became known in Chinese as the pipa.

A notable feature of the murals in Kizil are the diamond-shaped blocks in the vaulted ceilings of the main rooms of many caves. Buddhist scenes are depicted in many layers on top of one another to show the narrative sequences of the scenes. The theme, composition, line drawing, extensive use of blue pigments, including the precious ultramarine pigment from Afghanistan, and character modeling reflect distinctive Gandharan influences.

Kucha is also well-known as the home of the great Buddhist monk and translator Kumarajiva (AD 344-413). A big statue of him sits in front of the caves. He is recognized as one of the greatest translators of Buddhist scriptures from Sanskrit into Chinese.

Not far from the Kizil caves is the Kumtura Thousand Buddha Caves, dating from the 5th to the 11th centuries, which sit along the Muzat River.

Damaged by the Islamic conquests, by occasional habitation by locals after the site was abandoned and by looting of expedition teams in the early 20th century, only a few caves survive.

One of them contains Tocharian inscriptions, though the text has yet to be decoded. Another cave reveals a grape pattern after a corner of the ceiling was trial-cleansed and restored with modern technology. 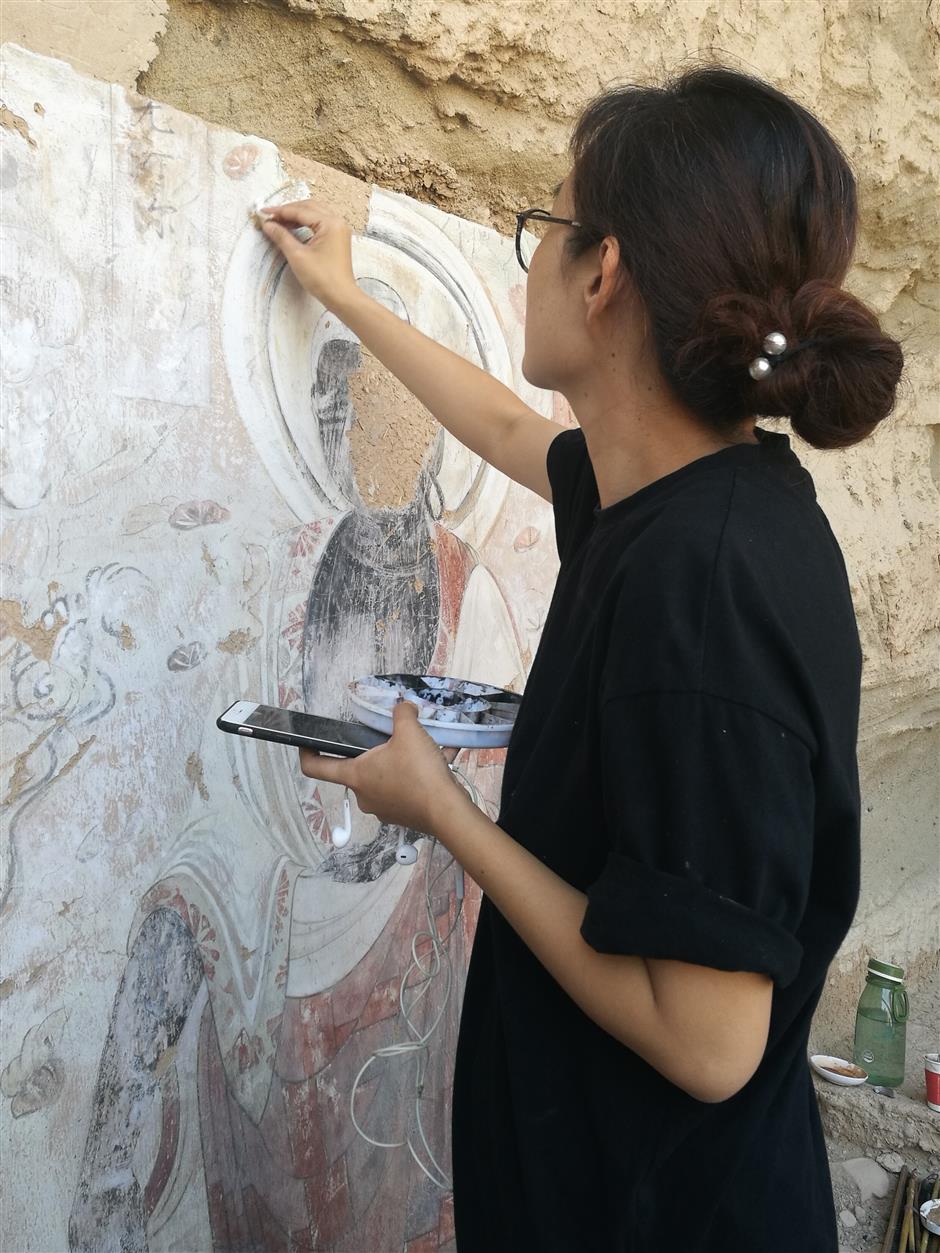 An art student makes a copy of the murals at the Kumtura caves.

Led by a specialist guide from the Kucha Research Institute, visitors to the Kumtura caves get a clear picture of the caves’ structure. Most of the caves have a central pillar design, which is a representation of the stupa. A large vaulted chamber is located in front of the column, with a smaller rear chamber behind, with two tunnel-like corridors on the sides linking the spaces.

In the front chamber, a three-dimensional image of Buddha would have been housed in a large niche serving as the focus of the interior. However, none of these sculptures remains at Kumtura. The rear chamber may feature the parinirvana scene, or nirvana after death, in the form of a mural or large sculpture, and in some cases, a combination of both.

Cover image: Almost nothing is left in Kumtura caves except for the cave structures.