TRAVEL Kanas Lake: The mysterious lake and the water monsters

Kanas Lake: The mysterious lake and the water monsters 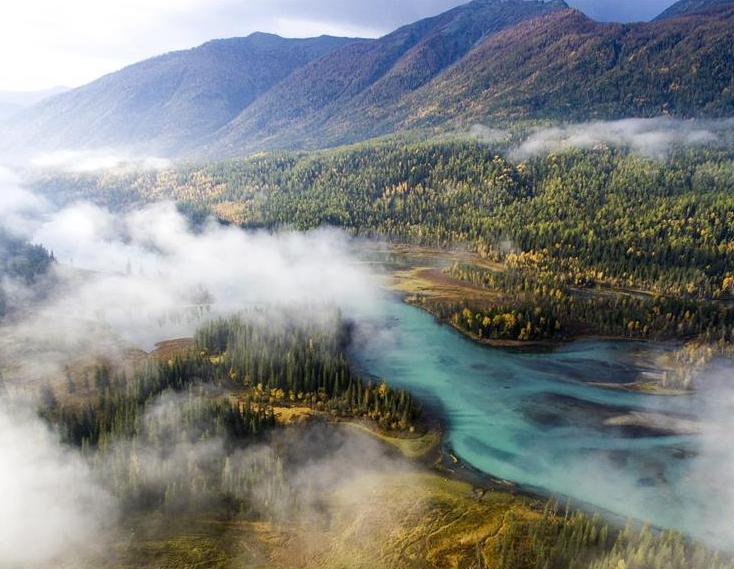 Hidden in the dense forests, Kanas Lake, a crystal clean alpine lake has an unknown story beneath its water surface. It is said that horses drinking by the lake were once dragged into the water by a monster. This amazingly beautiful lake bears with both fear and curiosity of people for several centuries.

Kanas Lake is located in the Altay prefecture, in northwest China's Xinjiang Uygur Autonomous Region. The lake was formed about 200,000 years ago as a result of glacier movement during the Quaternary period. The color of the lake changes with the seasons and weather due to light and temperature difference, which adds more mysterious for Kanas Lake.

It is said when Genghis Khan, the Emperor of the Mongol Empire, traveled to the west, passed through the lake and named it. After he died, his body was preserved in the bottom of the lake, and the water monsters were his guards. In Mongolian, Kanas means gorgeous and mysterious.

As more observations are posted online in the 21st century, researches and investigations were taken to find out the truth behind the water monsters. Scientists speculated the living giant creatures could be Hucho taimen, a species of freshwater fish in the salmon family.

Hucho taimen, or Siberian taimen can grow up to two meters long. They are one of the ferocious and secretive freshwater fish. The fish swim in both deep water and shallow shores to prey on snakes, frogs, rodents, and water birds. They can emerge from the water and make waves, which is easy to be likened to water monsters.

Kanas Lake is one of the most beautiful natural sceneries in China with alpine mountains, rivers, forests and grasslands. The forests, named Taiga forests, are dominated by straight and tall fir and pine trees, which grow by the Kanas Lake, giving it some hints of mystery.