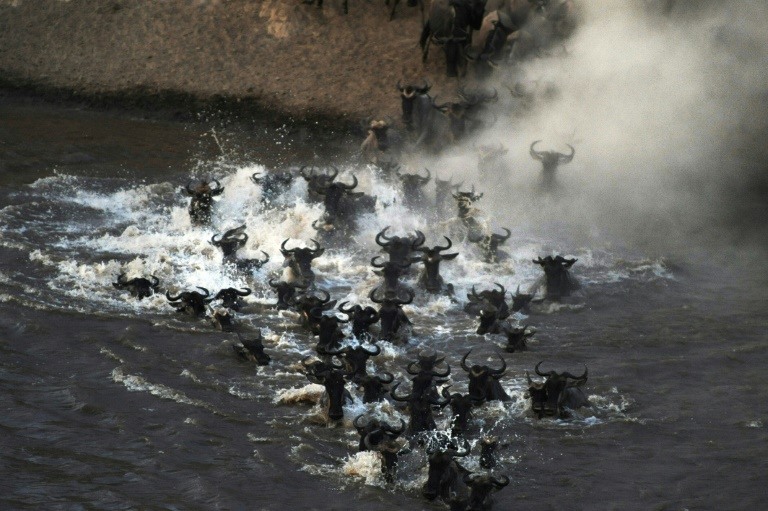 A fresh report backed by the International Union for Conservation of Nature (IUCN) assessed the extinction risk of 651 freshwater species like fish, molluscs, dragonflies, crabs and aquatic plants native to Africa's largest lake.

It found that a full 20 percent of these species were threatened with extinction.

The picture was however far darker when looking only at the freshwater species endemic to the area -- 204 of those assessed, according to the report titled "Freshwater biodiversity in the Lake Victoria Basin".

"Three-quarters (76 percent) of these endemics are at risk of extinction," IUCN warned in a statement.

In its report, the Switzerland-based organisation pointed out that freshwater species are important sources of food, medicine and construction material for the millions of people living in the area surrounding the lake.

The lake, which stretches into Kenya, Tanzania and Uganda and whose catchment also touches Burundi and Rwanda, is known for its high-level of unique biodiversity.

"The Lake Victoria Basin is incredibly rich in unique species found nowhere else on Earth, yet its biodiversity is being decimated," said Will Darwall, a co-author of the report who heads IUCN's freshwater biodiversity unit.

"The effects on communities that depend on the lake for their livelihoods could be disastrous," he warned in the statement.

The report pointed for instance to the African Lungfish, a long eel-like fish, which it said has seen its numbers dwindle due largely to overfishing, poor fishing practices and environmental degradation as wetlands are converted to agricultural land.

Industrial and agricultural pollution, over-harvesting and land clearance are among the main threats to biodiversity in the region, the report said.

It also pointed to a significant impact of climate change, noting that freshwater fish have "high sensitivity (and) seemingly poor adaptive capacity" to climatic shifts.

And it stressed the threat from invasive species to the native biodiversity in the basin, highlighting the South American purple-flowered Water Hyacinth, which was accidentally introduced to the lake in the 1980s.

At its peak, the plant covered nearly 10 percent of the lake surface in dense floating mats, which served to reduce the oxygen and nutrients available, impacting the native biodiversity, IUCN said.

"The risk of extinction for freshwater biodiversity in the region is increasing," co-author of the report Catherine Sayer said in the statement.

Hundreds of the species present in the lake had yet to be charted, meaning "the number of species at high risk of extinction may be even greater then we currently realise," she added.