WUHAN, April 29 (Xinhua) -- The Yellow Crane Tower, a landmark tourist attraction in Wuhan, the Chinese city once hard-hit by the novel coronavirus, reopened to the public Wednesday after being closed for more than three months. 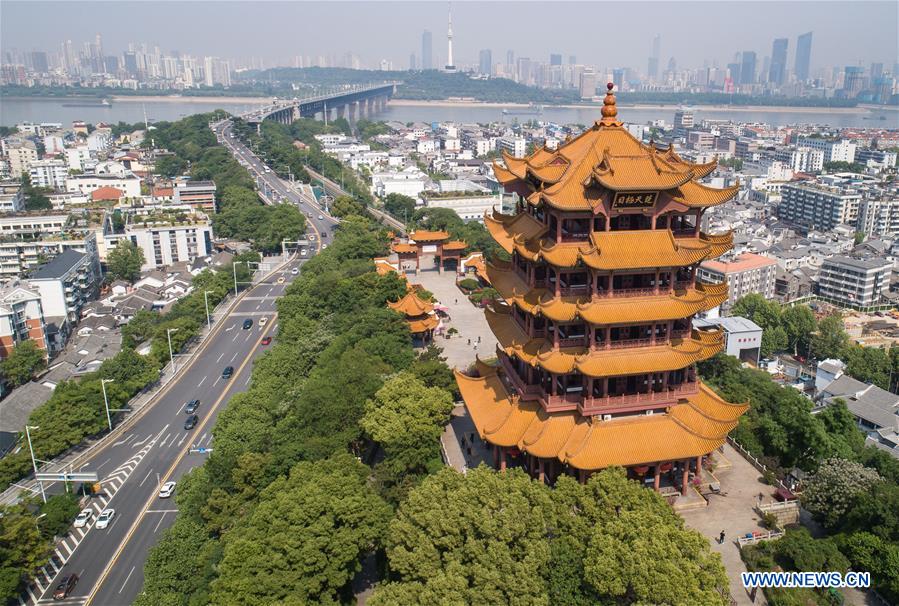 "We won't be defeated by any difficulty," said tourist Wu Zhiliang, from the city of Xiaogan, central China's Hubei Province. "The tower's reopening makes me feel confident about the future of Wuhan."

In the old street at the foot of the tower, a variety of shops have reopened and many were preparing for the coming May Day holiday.

The tower suspended operations on Jan. 23 because of the novel coronavirus.

Only a part of the tower is open to the public. Tourists need to show health codes and have temperatures taken before entry. They also need to make reservations for the tours.