TRAVEL Majority of US National Park Service board resigns

Majority of US National Park Service board resigns 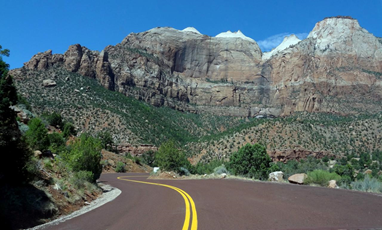 Most members of a US National Park Service advisory board, appointed while Barack Obama was president, have resigned after saying they were ignored by President Donald Trump’s administration, the panel chairman said on Tuesday.

The National Park System Advisory Board, whose creation was authorized by the US Congress in 1935, is tasked with advising on matters such as the designation of historic and natural landmarks.

Seven of the panel’s 10 members have submitted their resignations, Tony Knowles, who chaired the panel and was among those quitting, said by telephone.

The advisory board sought a meeting with US Secretary of the Interior Ryan Zinke, but did not secure it, Knowles said. The non-partisan panel included Republican members, said Knowles, who was the Democratic governor of Alaska from 1994 to 2002.

Knowles sent a letter on Monday to Zinke to inform him of the resignations.

Representatives of the Department of the Interior did not respond to emails seeking comment late on Tuesday.

All those who resigned were appointed during the Obama administration, which ended nearly a year ago. Their terms were set to end in May, allowing Zinke to choose replacements then.

“My sense is they’re just running out the clock,” Knowles said.

The concerns of the resigning panel members include climate change and the hiring of diverse candidates by the US National Park Service, Knowles added.

In May 2017, Zinke suspended outside committees pending an internal review of the work of those panels, according to the Washington Post, which first reported the resignations.

The terms of two members of the panel expired this month, Knowles said. But they were not informed that they were officially off the panel, and added their names to the seven who resigned, he said.