SYDNEY, June 21 (Xinhua) -- Australia's second-largest city, Melbourne, is about to launch a tourism marketing campaign as the destination strives to regain momentum lost in a series of prolonged COVID-19 lockdowns during the past two years.

A view of Melbourne. (Photo: VCG)

"Before COVID, our tourism sector was one of the most valuable industries," said Melbourne City Councillor Roshena Campbell.

"Melbourne is the events capital of Australia, and we want it to stay that way," Lord Mayor of Melbourne Sally Capp said, adding that the council had allocated 25 million Australian dollars (about 17.4 million U.S. dollars) towards "turbocharging" a campaign to woo back domestic and international visitors.

The councilors said the Experience Melbourne campaign would put a spotlight on the city's myriad dining options such as laneway eateries and rooftop bars along with its world-class theatre productions and vibrant street art.

One of the first of those crowd-pleasers will be the Firelight Festival in the Docklands entertainment district from July 1 to 3. 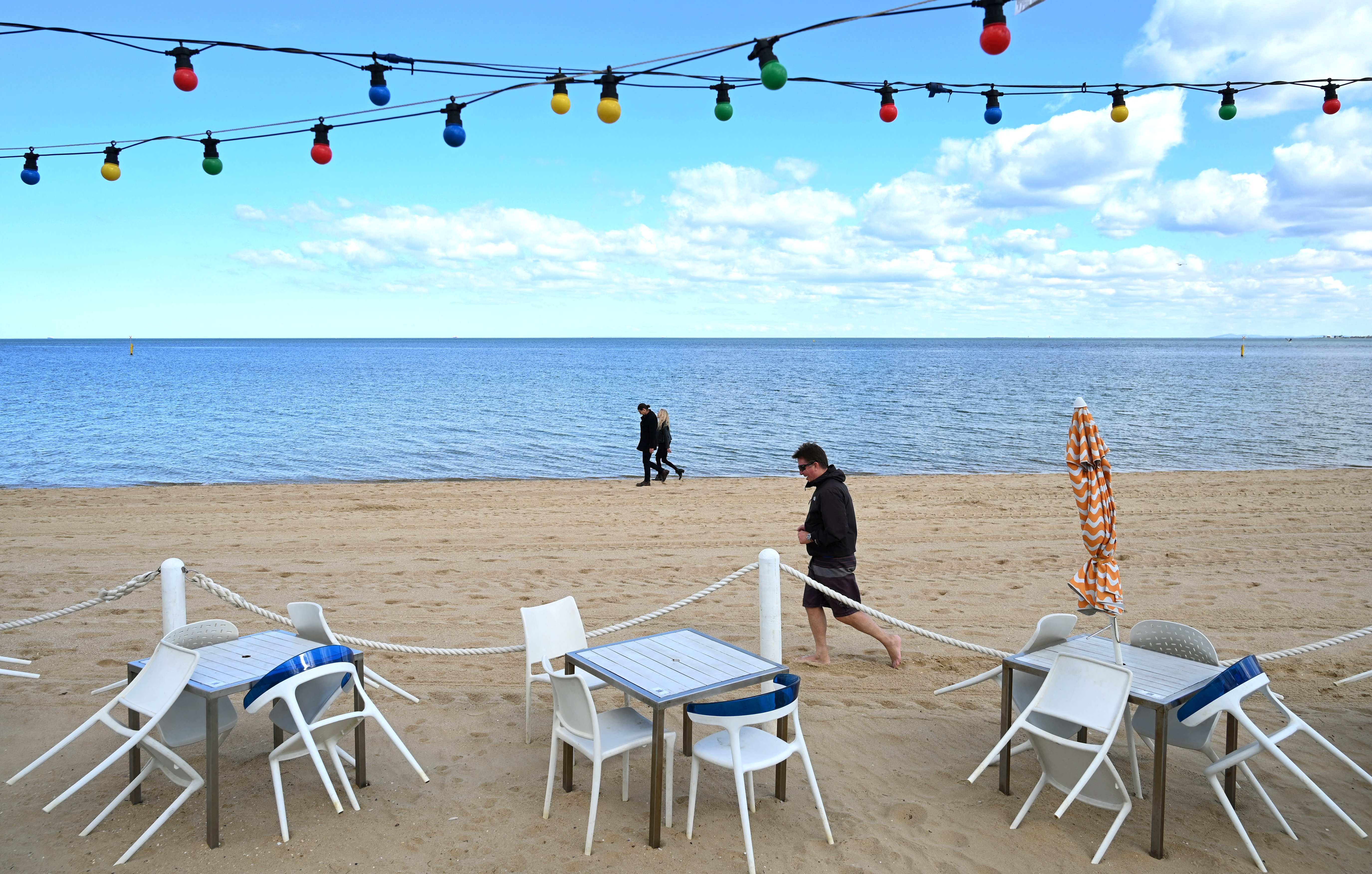 People walk past empty tables and chairs in Melbourne on August 19, 2021. (Phooto: AFP)

Campbell is equally keen to see the festival flourish, noting that in 2019 it attracted more than 75,000 visitors, adding about 4 million Australian dollars (about 2.8 million U.S. dollars) to the local economy.

Another much-anticipated offering is the return of the Winter Night Markets every Wednesday until the end of August in Queen Victoria Market, a city landmark for more than 150 years.

The traditional markets, which attract locals and tourists alike, offer an array of street foods along with drinks from brewers, distillers and performers roam among the stalls entertaining the crowds.

Joanne Pyke, director of the School for the Visitor Economy at Victoria University, told Xinhua the city has been heavily impacted by international border closures with the loss of international education, leisure and business travel.

"These visitors are only slowly returning and so the reinvigoration of the city through new events and experiences will be key to bringing back interstate and domestic visitors to kickstart recovery," she said.