TRAVEL Mermaids returning to Montana tiki bar as it reopens

Mermaids returning to Montana tiki bar as it reopens 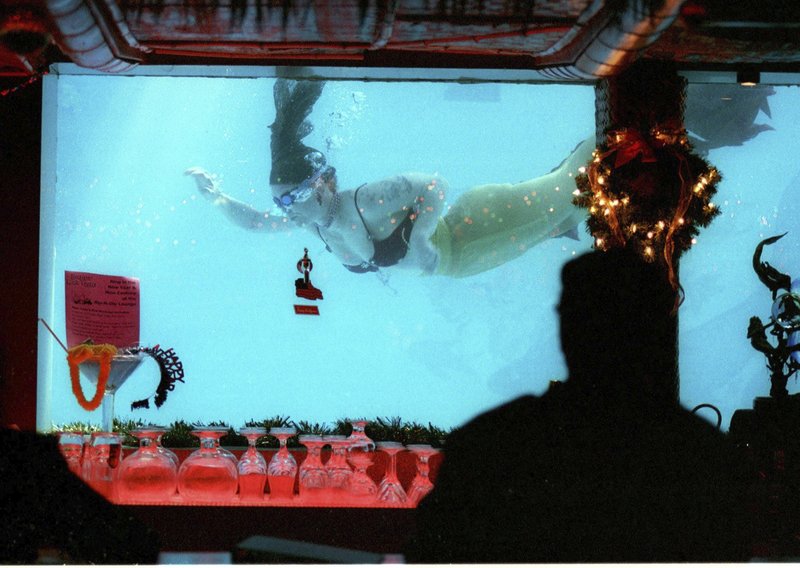 This 2012 file photo shows a woman dressed as a mermaid swimming in the pool through a window of the Sip N' Dip Lounge in Great Falls, Mont. (Photo: AP)

For patrons at a Montana tiki bar that has a back wall of a window into a motel swimming pool, it’s typical to see mermaids in the water five nights a week.

So as the owner of the O’Haire Motor Inn and the Sip ’n Dip Lounge in Great Falls began preparing to reopen the bar after eights weeks of coronavirus-related restrictions, she wanted things to be as close to normal as possible — and that included the underwater entertainment.

Sandra Thares said she emailed regulators for guidance on whether mermaid shows could resume.

After some back-and-forth in which the governor’s office noted hotel pools could reopen for registered guests with social distancing guidelines, the county OK’d the mermaid entertainment as long as only one mermaid was in the pool at a time, Thares said. There’s usually two.

“We were not trying to step on anyone’s toes, we were just trying to put people back to work,” Thares said Wednesday.

The first mermaid was scheduled to return to work on Wednesday night. For now, the mermaids will get one four-hour shift per week.

“We’re having the one tonight get in a few times with a mask on, just because we can,” Thares said.