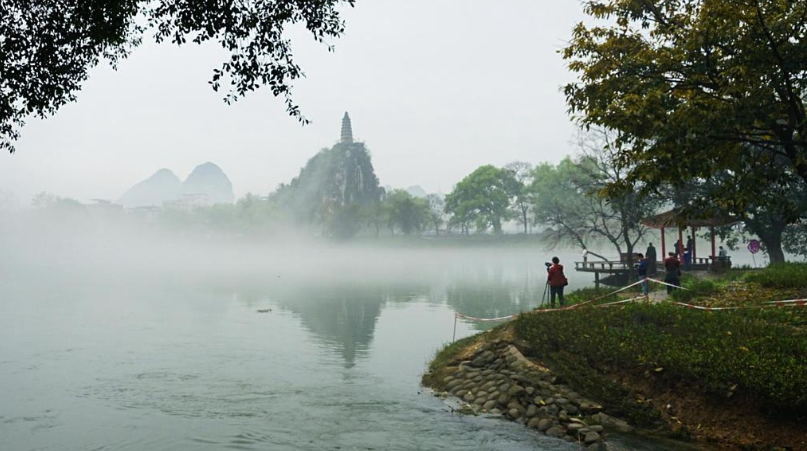 Affected by the recent high humidity and a rainfall, the city of Guilin in south China's Guangxi Zhuang Autonomous Region turned into a wash painting with thin mist floating above the Li River and shrouding the green hills.

An old saying has it that the scenery of Guilin tops elsewhere in the world. As one of the most popular tourist attractions in China, it is renowned for its picturesque karst mountains and pristine rivers. 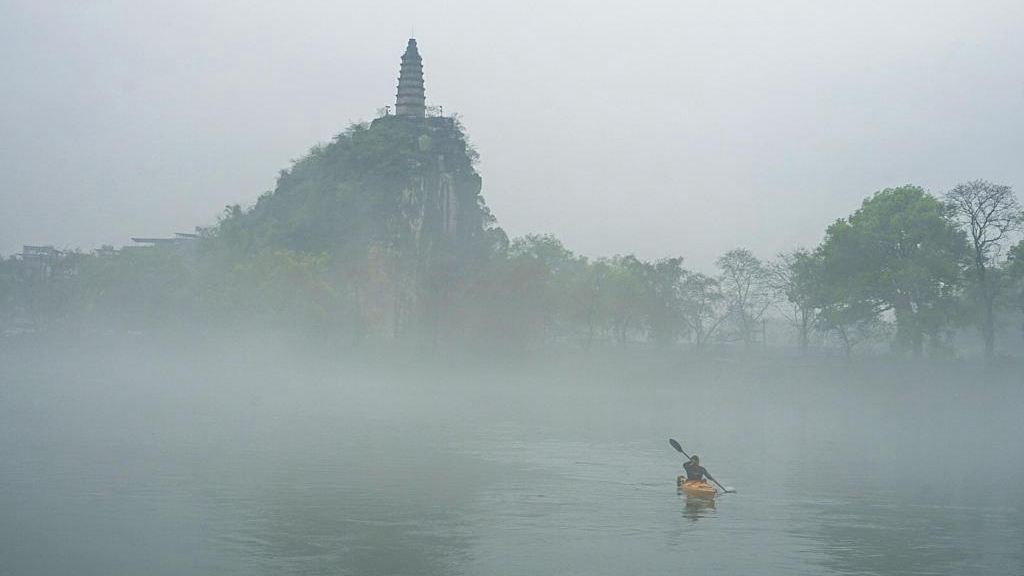 The landscape of Guilin also appears on the back of China's 20-yuan banknote, from which you can assume the importance of this hotspot.

Li River, stretching 83 kilometers from Guilin to Yangshuo, is often considered the pearl of the nation's mountains and rivers as well as the essence of Guilin scenery. A cruise tour along the Li River is a must when you travel here, which will definitely get you lost in the Xanadu. 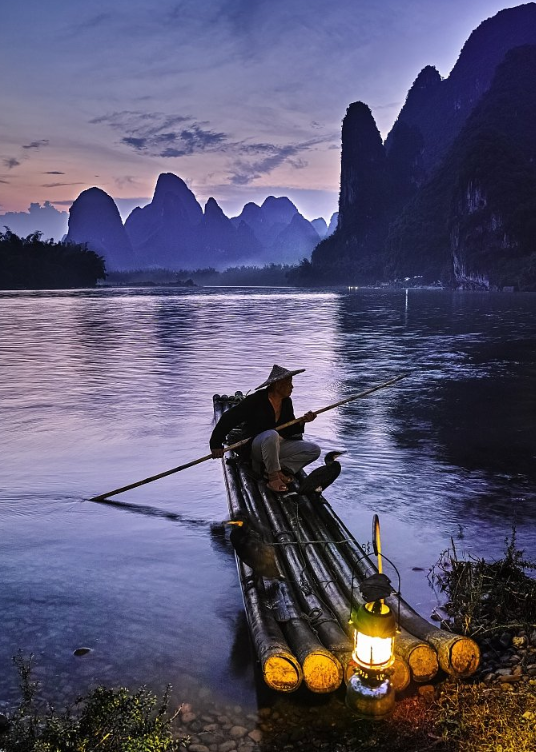 A fisherman with cormorant on Li River in sunset. (Photo: VCG)