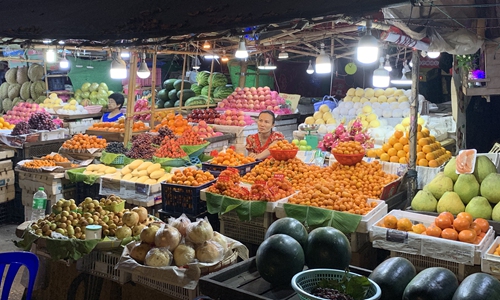 The number of Chinese tourists visiting Myanmar will increase during 2020 with the opening of the China-Myanmar cultural tourism year, booming bilateral relations under the Belt and Road Initiative and the opening of more direct flights, industry insiders and business representatives said.

The comments were made ahead of Chinese President Xi Jinping's state visit to Myanmar from Friday to Saturday. During the visit, Xi, along with Myanmar leaders, will attend a series of events including the opening ceremony of the China-Myanmar cultural tourism year, China's Foreign Ministry announced.

U Kyaw Win, chairman of Myanmar company Shwe Than Lwin Group, which has extensive operations in local tourism, told the Global Times that he estimated more than 4.5 million tourists will visit Myanmar in 2020, and the number of Chinese tourists will jump quickly.

In the first eight months of 2019, about 1.94 million Chinese tourists visited Myanmar, up1.145 million from the same period in 2018, according to media reports.

U Kyaw Win said that the fast expansion was thanks to more direct flights from Chinese cities to Yangon, Mandalay and other cities in Myanmar as well as the arrangement for on-arrival visas for Chinese nationals.

At least 16 Chinese cities have direct flights to Myanmar.

U Kyaw Wei , chief executive officer of the Myanmar-China Cultural Tourism Promotion Association,  told the Global Times on Wednesday that more Chinese cities will open direct flights to Yangon, Mandalay and the capital of Naypyidaw in 2020, which could provide a new boost to the bilateral tourism industry.

Li Qiuyan, Lvmama's branding development director, said that the number of Chinese tourists travelling to Myanmar via the platform is "quite small" compared with those visiting other Southeast Asian countries such as Thailand, Vietnam and Malaysia. "But it is growing very fast."

"There are many tourist attractions in Myanmar such as cultural and religious sites, ancient cities and beaches. Due to the similarities of culture, religion and tradition between China and Myanmar, Chinese tourists enthusiastically visit Myanmar where cultural heritage sites exist," U Kyaw Win said.

"We hope Myanmar could become a new hot spot in China's outbound tourism," U Kyaw Wei said. "A booming tourism relationship will also cement paukphaw friendship, which means brother in Myanmese, and lead to cooperation in other fields."

But industry insiders also suggested Myanmar should further improve its accommodation facilities, such as transportation, hotels and catering services, to attract more tourists.