TRAVEL More people get off the beaten track for relaxing break

More people get off the beaten track for relaxing break 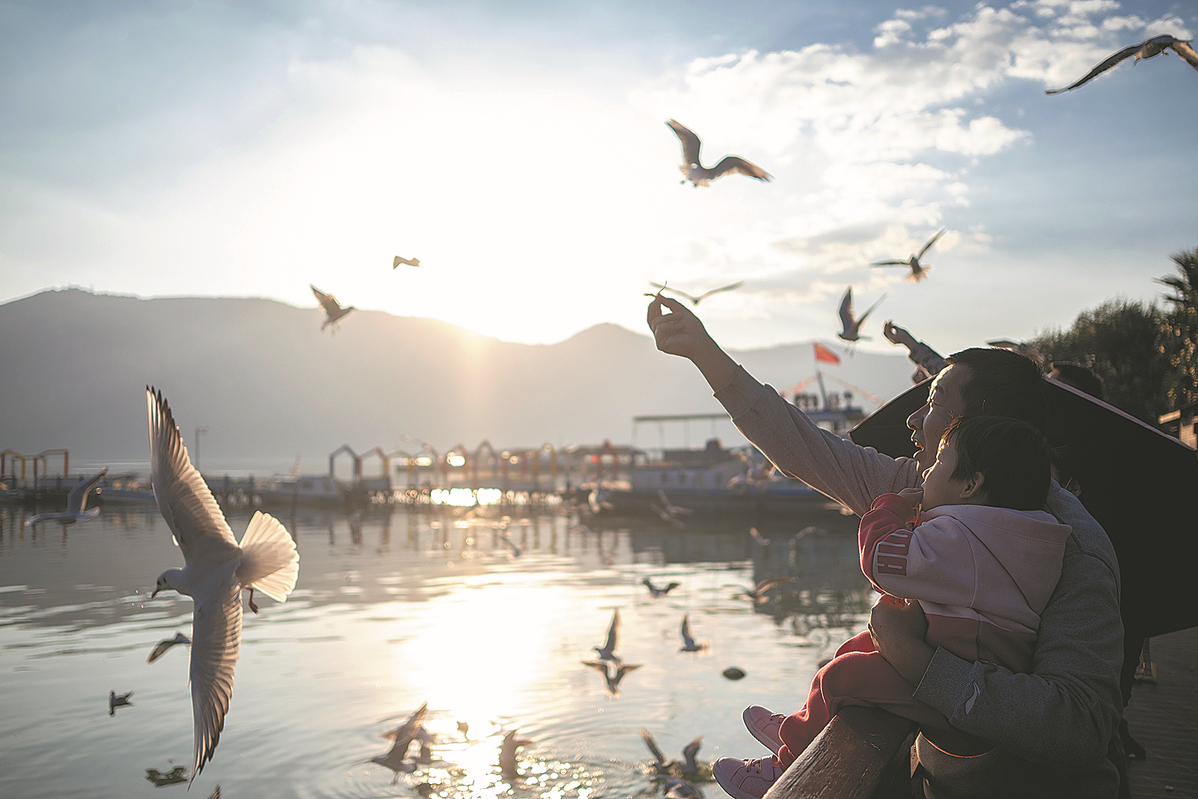 Going against the tide of flocking to well-known yet generally jam-packed tourist destinations on vacation, a growing number of holidaymakers in China tend to spend their leisure time at lesser-known resorts to seek unique, relaxed holiday experiences.

"Reverse tourism" has emerged as a new trend among young holidaymakers in China.

"Man moves 1 meter every 10 minutes on Huangshan Mountain" became a trending topic on social media during this year's National Day holiday in October, a time when well-known tourist attractions such as Huangshan generally operate at full capacity.

The news reminded some of a social media post in August about a comfortable stay in an upscale hotel in the lesser-known northeastern border city of Hegang at only 318 yuan ($44) per night.

During the weeklong public holiday, which ended on Oct 7, large numbers of vacationers, especially young professionals who long to escape hectic city life, shunned popular holiday destinations in order to get off the beaten track and enjoy some peace and quiet.

According to data from online travel agency Qunar, as cited by Beijing Daily, the number of rooms booked at hotels in less-traveled cities during the holiday was up 30 percent year-on-year.

Bookings for four — and five-star hotels in less-traveled places including Linxia in Gansu province, Shizuishan in the Ningxia Hui autonomous region, and Haibei in Qinghai province all increased at least 10-fold compared with the same period of 2021.

In Shandong province, for instance, some lesser-known scenic spots posted double-digit growth during the holiday. Baimaiquan Park in the provincial capital of Jinan received 52,100 visits in the seven days, up 15.78 percent year-over-year.

Some young professionals who normally have little time for themselves simply had a staycation in a hotel to make the much-awaited hiatus more relaxing.

Besides crowds, some vacationers chose less-traveled places to save on the cost of trips to popular destinations, which often entail pricey tickets, meals and hotel stays.

"Tourism used to be about sightseeing. Now it is about experiences," Dai Bin, president of the China Tourism Academy, told Beijing Daily.

He said popular tourist spots are always packed and often raise their prices during holidays. As people become more mature travelers, they are increasingly reluctant to follow the herd. Some of them are simply looking to take a rest somewhere quiet for a couple of days, which is a good way to vacation, he noted.

In addition, lesser-known attractions are not as "commercial" and "standardized" as developed ones and are able to offer more authentic experiences and natural encounters, according to social media posts. And unlike popular destinations, some underexplored places with little online exposure can offer more surprises.

COVID-19 is another key factor fueling reverse tourism. As precautionary measures continue, traveling has an unpredictable quality. A traveler has no way of knowing what lies ahead before departure, be it a perfect holiday or one interrupted by a sudden outbreak. Travelers have thus become more cautious and tend to choose local attractions or places with fewer tourists.

"The rise of reverse tourism is not a bad thing," said an opinion piece in Zhengzhou Daily. It means that vacationers now have more options, which brings more possibilities to the tourism market, the article explains.

More importantly, it noted, the trend is set to force popular destinations to improve themselves instead of resting on their laurels.

Jiang Han, a senior researcher at the Beijing-based public policy think tank Pangoal, said that reverse tourism will become one of the future directions for the market and is an opportunity for growth comparable to the camping economy.

To give a real boost to the tourism market, Jiang suggested that more efforts be made to tap the potential of underrated, lesser-known destinations.