BEIJING, Oct. 4 (Xinhua) - More sections of the wall surrounding the Forbidden City have been opened during the week-long National Day holiday, allowing more of the public to visit, the Beijing Daily reported Thursday. 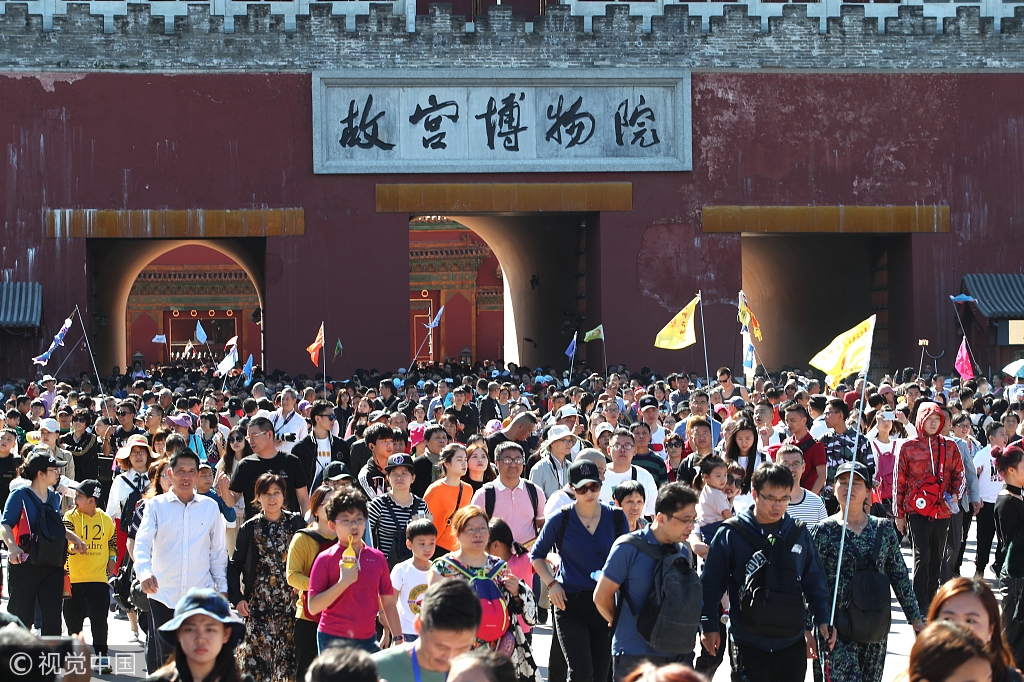 The Palace Museum in the Forbidden City has opened the southern, eastern and northern sections of the wall, most of which was previously closed to the public, including the section from the Wumen Gate (Meridian Gate) at the southern end to the southwest corner tower. Visitors can walk on the wall and overlook three-quarters of the palace.

The wall has a gate on each side. At the four corners of the wall sit towers, which are the most visible parts of the palace to people outside. Their elaborate roof structure and shadows in the water surrounding the palace always draw crowds to photograph the spectacular scenery.

According to Shan Jixiang, curator of the Palace Museum, the move was mainly to avoid overcrowding and offer visitors more choices to see the cultural relics.

In recent years, the Palace Museum has taken many measures to control the number of visitors, while unveiling more areas to the public.

In 2015, to celebrate its 90th anniversary, the museum made 65 percent of the complex, including a small section of the wall, accessible to the public.

As of 7 p.m. Wednesday, tickets to the museum are sold out through Friday.