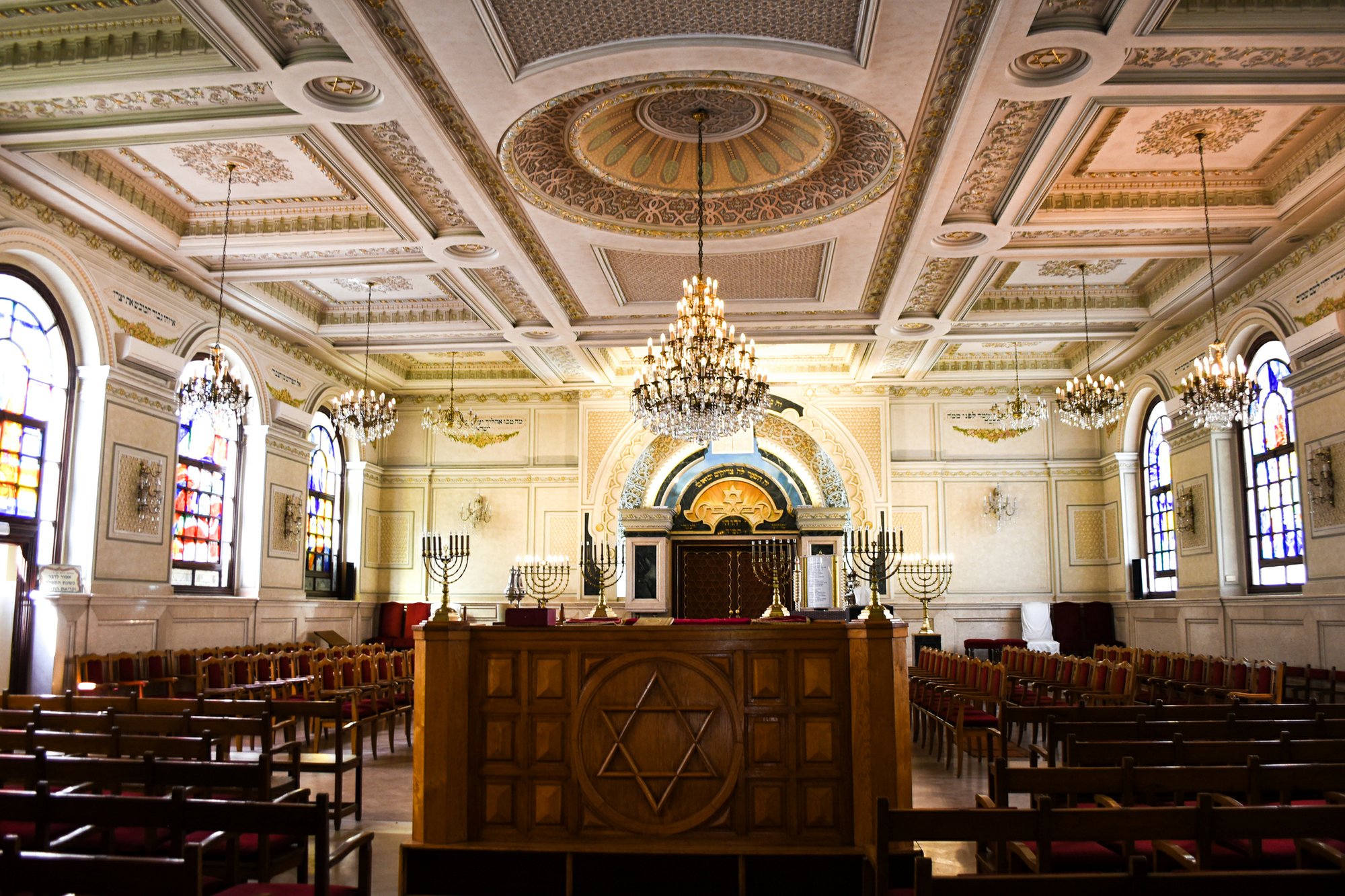 With its mountains and desert, beach resorts and Berber villages, Morocco is a feast for travelers of all kinds, including those who want to explore the kingdom’s deep Jewish roots.

The presence of Jews in Morocco stretches back more than 2,000 years. Before the founding of Israel in 1948, estimates put their number as high as about 275,000, which was considered the largest Jewish community in the Muslim world, said Roy Mittelman, director of the Jewish studies program at The City College of New York.

Today, after vast waves of departures over the years, only about 2,000 Jews remain in Casablanca and about 500 elsewhere in Morocco, but the Jewish presence is still alive in a variety of sights. The Museum of Moroccan Judaism in suburban Casablanca, for instance, is the only museum on Judaism in the Arab world.

Jews of Moroccan descent, in Israel and around the globe, return to the North African kingdom often and some maintain second homes in familial regions. Jewish heritage tours to Morocco are abundant and easy to track down. Most cities have a mellah, which is an old Jewish quarter, along with Jewish cemeteries and synagogues.

Mittelman, who has spent 40 years absorbing the history, culture and religious practices of Jews in Morocco, leads groups of students on tours of Jewish sights as part of an advanced seminar. He said there’s plenty to read ahead of a visit.

He recommends Shlomo Deshen’s “The Mellah Society: Jewish Community Life in Sherifian Morocco” for more on pre-colonial Morocco, based on the writings of 18th- and 19th-century Judeo-Moroccan sages.

To learn more about the spiritual history of the Jewish quarter in Marrakech, he recommends the travelogue of Bulgarian Jewish writer Elias Canetti, “The Voices of Marrakesh: A Record of a Visit.”

Mittelman has honed his travel itineraries over the years. Here are some of his favorites and other sights:

The last Moroccan Jewish day school, Neve Shalom, is in Casablanca, which is the economic and business center of the kingdom. Watch the children playing outside in the yard, enjoy them singing Jewish songs and learn more about the school’s Hebrew classes and Bible studies, Mittelman said.

Visit the Tahiti Beach Club, once a local Jewish hangout.

Among Mittelman’s walking tours of Jewish residential areas in Casablanca are stops at the Beth El and Eim Habanim synagogues. There’s also a newer synagogue, David HaMelech, in the tony, beachside Corniche quarter not far from the beach club.

Casablanca has a traditional kosher bakery and kosher restaurants, as do other cities. The city is a good place to start for a grounding in Jewish heritage and history.

Just over 100 Jews remain in Marrakech, including a handful who live in the old Jewish quarter, Mittelman said, but the mellah is bustling.

Among the synagogues that remain is the tiny blue-and-white Lazama, along a narrow street. Ask a local how to find it. Visitors may enter for a small fee. There’s an inviting riad-style courtyard with a fruit tree and a few chairs for weary travelers.

The original synagogue dated to 1492 but it was later rebuilt.

The mellah isn’t the only place for synagogues. Head to the city’s newer section of Gueliz, with a heavy European influence, for shabbat services at Temple Beth El Synagogue. Any taxi driver should know how to get there.

For a day trip out of Marrakech visit the Jewish heritage sites at Essaouira, once a thriving Jewish center and a former Portuguese fishing town. It was also a stop for 1960s and ’70s rock stars who made pilgrimages to Marrakech. The town, dating to the 1700s, has a synagogue, cemetery and mellah, with plaques indicating buildings where ancient, long-gone synagogues once stood.

The city had a large Jewish community in the 17th century and has a well-known Orthodox synagogue, Ibn Danan. Once crumbling, it was refurbished in the 1990s with help from the World Monuments Fund and American Express. King Mohammed VI has committed to reviving Jewish sites around Morocco.

The mellah here is a maze within walls. You WILL get lost and that’s half the fun. It was the first mellah in Morocco, dating to around 1438.

In addition to a Jewish cemetery, where a couple of eminent medieval rabbis are buried, there’s a site in Fes that is considered sacred among women, the Tomb of Solika. With a last name that varies, Solika — as one retelling goes — was a Jewish woman of great beauty who was beheaded in 1834 for refusing to convert to Islam.

Maimonides, one of the most prolific and influential Torah scholars in the Middle Ages, lived in Fes from 1159 to 1165. His stone home, with weathered engraving marking the location, is worth a stop.

Walk a few steps and you’re bound to find somebody willing to guide you in Fes and elsewhere, but one who knows “Jewish Morocco” is harder to come by, Mittelman said. Do some research beforehand to find just the right drivers and guides if you’re traveling independently.

OFF THE BEATEN PATH

If you favor this style of traveling, Mittelman said you should have no trouble in small towns and villages tracking Jewish influences and history.

“Find yourself the first 80-year-old and say, ‘Do you remember Jews here?’ Chances are they’ll say, ‘Yeah and here are their names and that crumbling house over there is where they used to live.’”