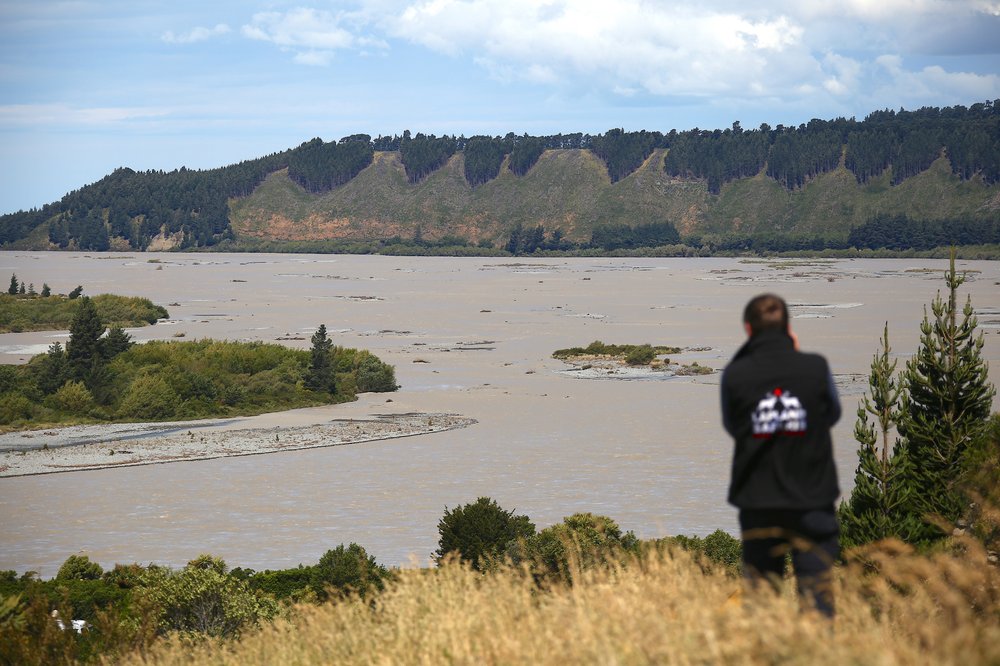 In this Sunday, Dec. 8, 2019, photo, tourist photographs the rising water in the Rakaia Gorge 85kms (50 miles) west of Christchurch in Canterbury, New Zealand as stormy weather across New Zealand over the weekend caused disruptions and road closures in many parts of the country. (Photo: AP)

Nearly 1,000 tourists are stranded in the small New Zealand town of Franz Josef after stormy weekend weather triggered landslides and flooding along the town’s main highway.

Authorities said road access to the town likely won’t be restored until Friday.

Some of the tourists were choosing to leave by helicopter or small plane while others were waiting until the highway reopened.

Westland Mayor Bruce Smith said many of the 970 tourists in Franz Josef were taking the news in stride, but some were frustrated their travel plans had been disrupted.

He said there were about 20 planes and helicopters flying in and out of the town to help people leave. He said some tourists wanted to stay with their vehicles while others were trying to get confirmation their travel insurance would cover the extra costs of flying out.

“They all have the option of taking fixed-wing planes or helicopters,” Smith said. “It’s just a question of who writes the check. I understand that.”

Smith said there would have been many more people stuck if the slips had occurred a few weeks later. He said the summer tourist season peaks in February when the town gets about 6,000 tourists traveling through each day.

Dan Burt, a spokesman for aviation tourist operator Inflite, said it had flown about 60 tourists from the town on Monday on two planes and two helicopters it had diverted to the area. He said it was charging them its normal rate of about 600 New Zealand dollars ($393) for the trip out.

Burt said many tour operators and rental car companies had been good about allowing people to leave their cars behind.

“They’ve said ’Look you get out of there, and we’ll worry about vehicle later,” Burt said. “We’re trying to make sure people have a really good experience when they fly with us. We don’t want their last impression of New Zealand to be three days stuck in Franz Josef.”

Stormy weather across New Zealand over the weekend caused disruptions and road closures in many parts of the country. Monday dawned fine and sunny in most of the country.