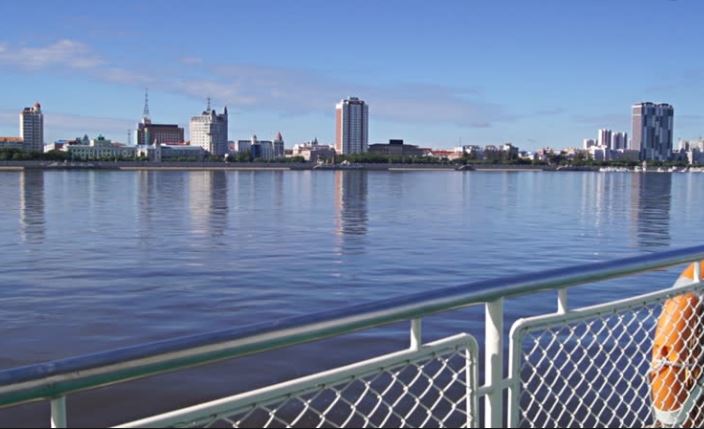 HARBIN, Dec. 21 (Xinhua) -- The port city of Heihe in northeast China's Heilongjiang Province had received over 1 million cross-border tourists in 2019 as of Friday, according to local authorities.

This year's record number of annual tourists exceeded the previous record set in 2013, the authorities said.

Located on the China-Russia border, Heihe is only 100 meters from Blagoveshchensk, capital of the Amur region in the Russian Far East.

A series of measures have been taken including setting up information platforms for travel agencies and foreign trade enterprises to provide convenience for tourists, said Li Zhiqiang, an official with the city's border inspection station.