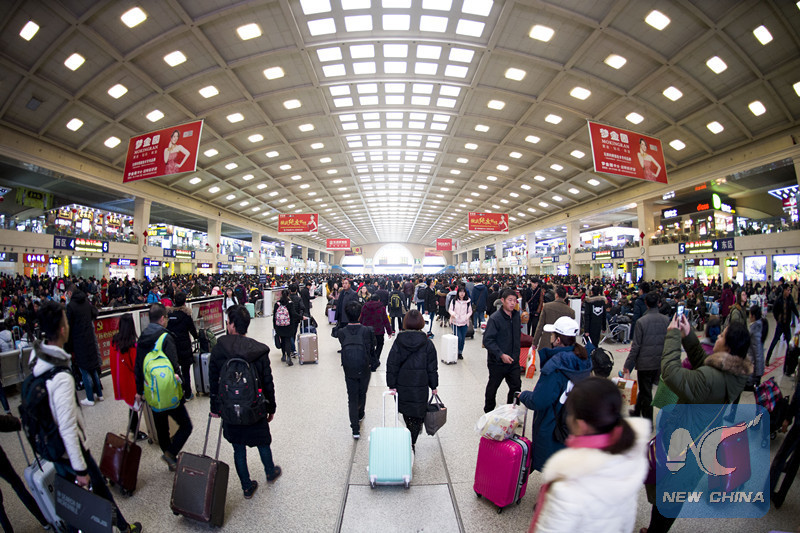 SHANGHAI, Jan. 9 (Xinhua) -- Over 400 million Chinese will travel during the upcoming Chinese Lunar New Year, among them nearly 7 million will travel abroad, according to a report released on Wednesday by Ctrip, a Shanghai-based online travel agency.

The report said people from over 100 Chinese cities had booked to travel to nearly 500 destinations across over 90 countries and regions.

Thailand, Japan, Indonesia and Singapore are among the most popular destinations while Nordic countries, the United Arab Emirates and Spain have seen the fastest growth of Chinese visitors.

Traveling schedules covering cultural sites or winter sports that can be enjoyed by a big family are the most popular choices, indicating that Chinese are willing to enjoy high-quality travel experiences.

In 2018, 140 million Chinese traveled outbound, marking a year-on-year increase by 13.5 percent, according to the China Tourism Academy.

Service consumption including travel are becoming a major part of Chinese people's consumption, and a force for the economic development of overseas destinations.

According to a report released by China's Ministry of Commerce during the first China International Import Expo held in November 2018, China has been the world's biggest spender on outbound travel for six consecutive years.

In recent years, China's outbound travel has contributed about one-sixth of added-value to the world's travel industry, creating about a quarter of tourism jobs worldwide and contributing to more than 10 percent of international tourist growth, the report said.