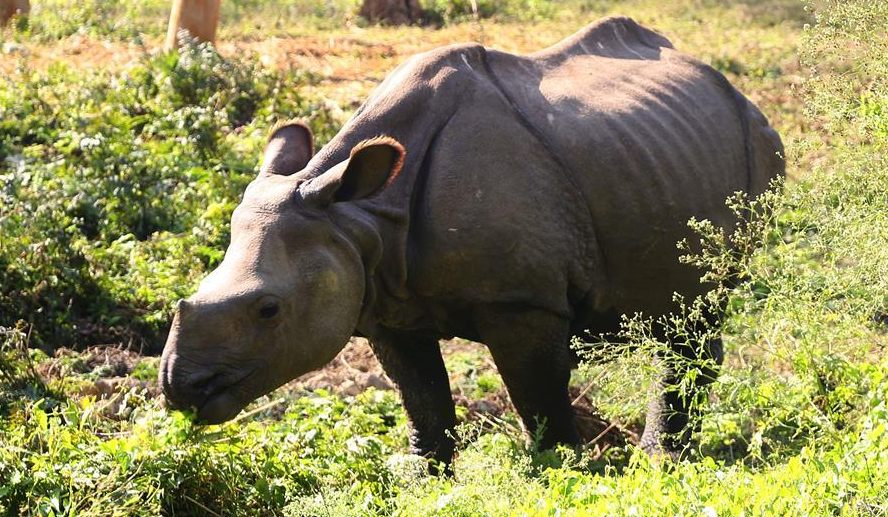 The baby rhino estimated to be five years old died in a mustard field in Nawalparasi district on Sunday morning in the territory of CNP, the country's largest rhino habitat located some 160 km from the capital Kathmandu.

"We are yet to identify the real cause of its death," Gopal Ghimire, spokesperson for CNP, told Xinhua, adding the verification of the cause of the death would take some time.

This was the first recorded death of rhino in 2020.

Nepal homes 645 endangered rhinos in its different national parks as per the census of 2015. However, rhino deaths due to natural reasons are on the rise.

According to officials, many rhinos succumb to death following battle with other animals regarding territories, while some die due to diseases and infections.

A total of 46 one-horned rhinos had died in the fiscal year 2018-19 in and around the CNP, recording the worst year for the endangered species in the country.

According to the Department of National Parks and Wildlife Conservation, out of the 645 rhinos in Nepal, over 600 are in CNP.

The Himalayan country will conduct another rhino census this year.