Tourist arrivals in Nepal topped 1 million for the first time in 2018 - boosted by increased visitors from India, China, the US, Sri Lanka and the UK. 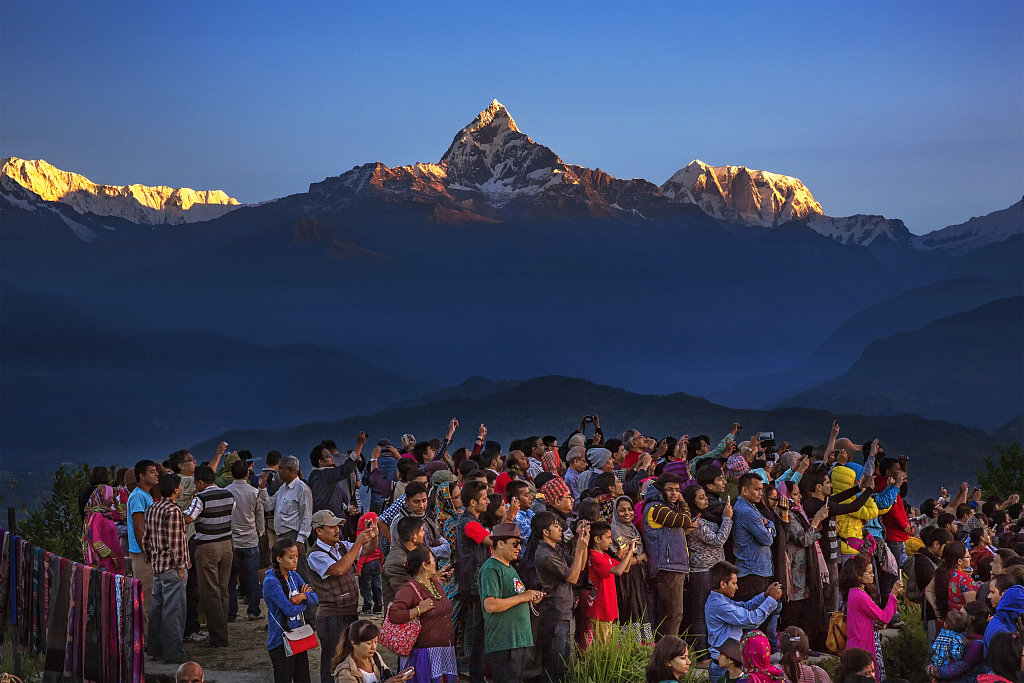 The Himalayan nation saw the number of tourists jump nearly 25 percent as it welcomed a record high of 1,173,072 visitors in 2018, the country's tourism authorities said on Tuesday.

Last year also saw a record 807 climbers reach the summit of Mount Qomolangma, known in the West as Mount Everest, including 563 summits from Nepal.

Tourism is a major revenue earner for impoverished Nepal, home to eight of the world's 14 peaks over 8,000 meters.

Fears for the industry rose after a devastating earthquake in 2015 that killed nearly 9,000 people and destroyed many of the country's heritage sites.

Annual revenues fell by almost a third that year, dealing a devastating blow to the economy, but the sector has since gradually recovered.

Tourism contributed 7.8 percent to Nepal's GDP in 2017, according to the World Travel and Tourism Council.