Chengdu Tianfu International Airport in China's Sichuan province has opened for operations, with a Sichuan Airlines flight bound for Beijing taking off on Sunday morning. 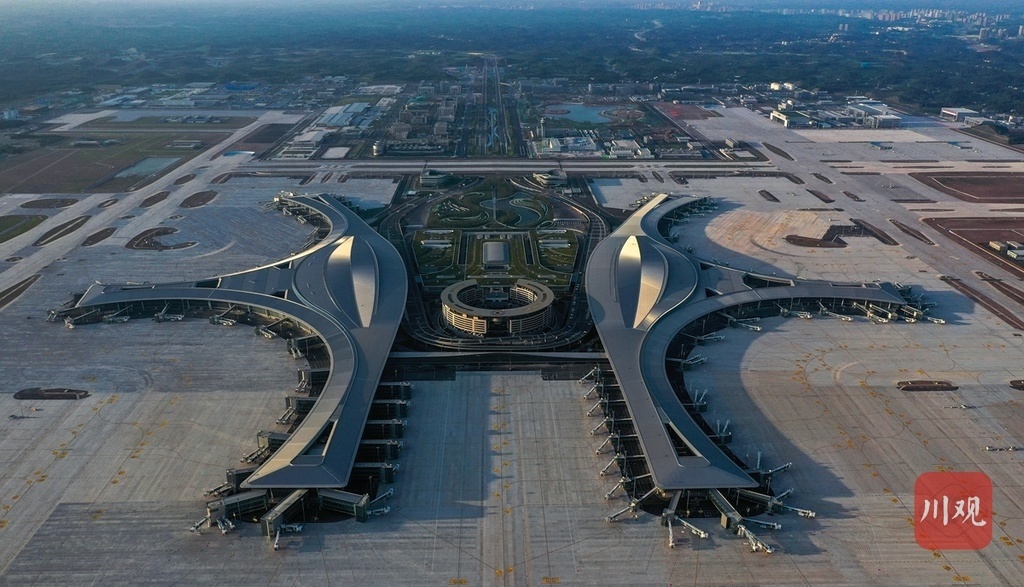 Located some 50 kilometers from downtown Chengdu, the Tianfu airport is the largest civil transport airport built during China's 13th Five-Year Plan period (2016-2020) and the second international airport in the provincial capital, Chengdu.

With first-phase investment exceeding 75 billion yuan (about US$11.7 billion), the airport has two terminals totaling 710,000 square meters, roughly the size of 100 football pitches, and is capable of dealing with an annual passenger throughput of 60 million.

The opening of the airport could help Chengdu become an integrated international transport hub linking China with Europe, the Middle East, Central Asia and Southeast Asia.