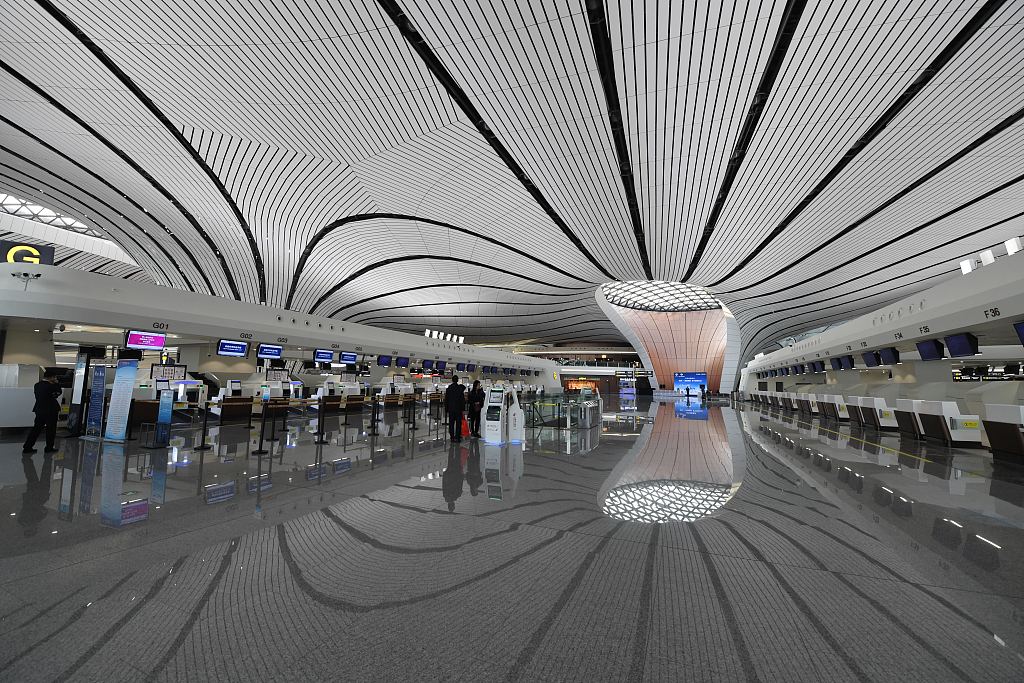 The airport's first outbound flight, CA757 to Bangkok took off at 7:50 a.m. The first inbound flight, BA039 from the United Kingdom landed at the airport at 9:13 a.m.

Beijing customs said it has taken multiple measures to streamline exit and entry procedures to optimize the experience for passengers.

The airport opened to flights on Sept. 25. Located 46 km south of downtown Beijing, the new aviation hub is shaped like a phoenix spreading its wings. Its passenger and cargo throughput are expected to reach 72 million and 2 million tonnes, respectively, by 2025, with 620,000 takeoffs and landings.