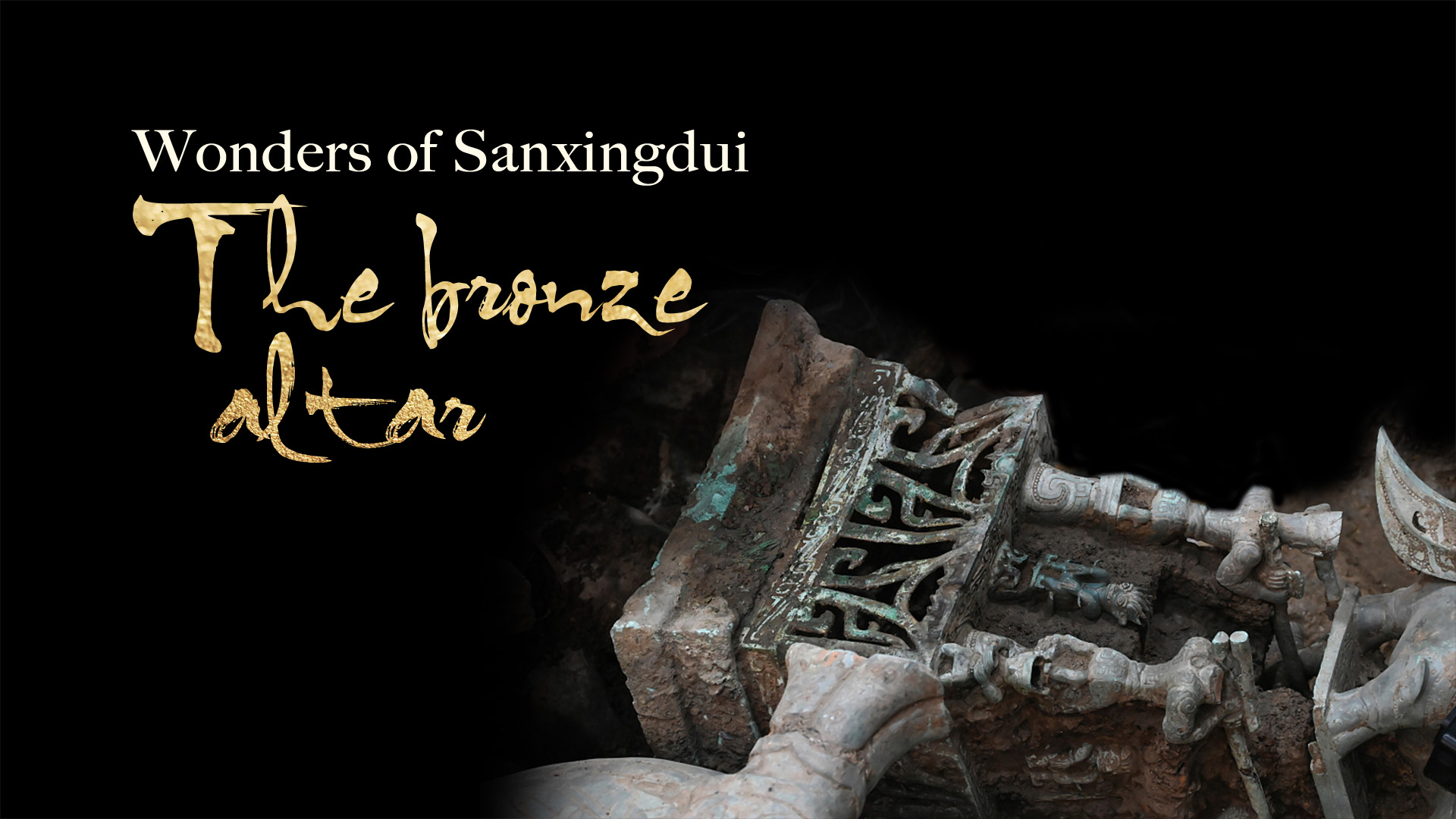 The bronze altar, composed of three parts from the bottom to the top with sculptures of not only human beings but also gods and animals, depicting a solemn sacrificial scene.

When it was discovered, the bronze altar was broken, so the archaeological team extracted it twice. The little beast on the top that was extracted first has a very strange shape, like a mixture of various animals, with a trunk similar to a horse, legs like an elephant, a big tail, and a very wide mouth.

After the extraction, it was found that the little mythical beast had two extra long fangs compared with other mythical beasts, and the fangs were rolled up, said Zhao Hao, who is in charge of the excavation site of Pit 8 and an associate professor at Peking University.

The neck of the little mythical beast is tied by a copper rope, which extends upwards, about 30 to 40 centimeters. "But the upper part of the copper rope has been broken, so we infer that the altar may be higher." Zhao said.

This altar is about a meter high and can be roughly divided into three layers: the platform base, the human portrait, and the mythical beast. During the excavation process, the archaeological team discovered a little bronze figurine in the portrait layer, which was really cute. 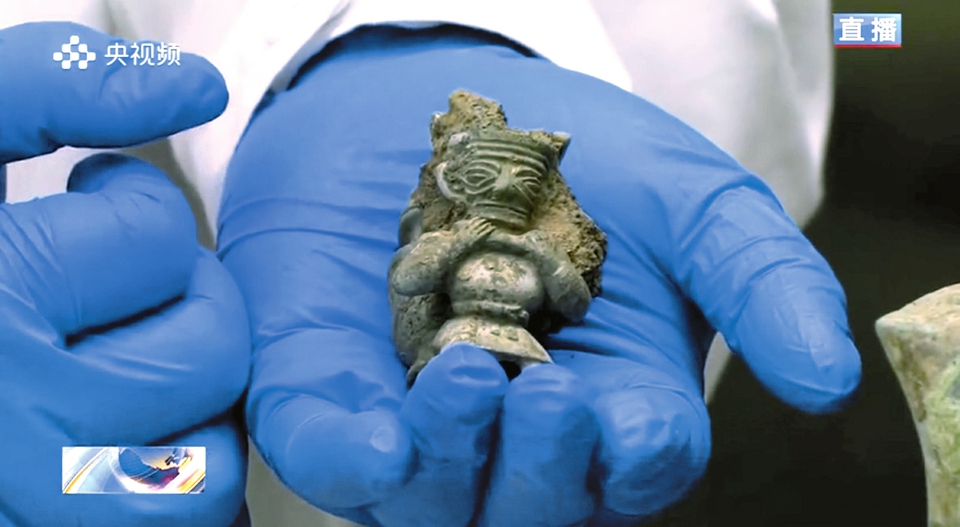 The newly discovered little bronze figurine is in a kneeling position, with a jug called "Lei" tied to his back with a sling. (Photo: CMG)

The newly discovered little bronze figurine is in a kneeling position, with a jug called "Lei" tied to his back with a sling. According to archaeologist, "Lei" is the most important ritual vessel in the sacrificial scene, and can be understood as a wine jug.

Zhao Hao added that there are a total of 13 figurines on the portrait layer of the bronze altar. The newly discovered bronze figurine with "Lei" on his back is located in the center.

Since the pedestal was mineralized and fragile, the interior of the altar was cleaned by archaeologists to reduce weight before extraction. During the cleaning process, the archaeologists found a complete bell at the base of the altar.

The bronze altar in No.8 pit has been extracted and preserved in good condition. Next, archaeologists will conduct further research on the altar in the laboratory.