TRAVEL New museums, destinations and openings around the US in 2018

New museums, destinations and openings around the US in 2018 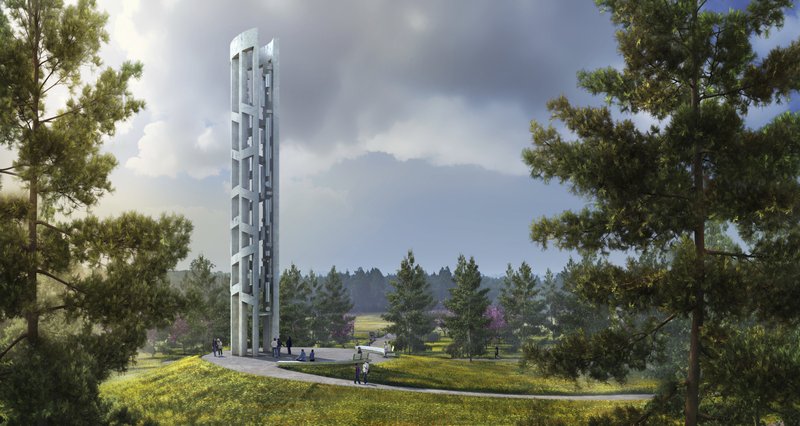 For travelers, the new year opens up a whole new world of places to go and things to do. Here are a few notable openings and events scheduled for 2018 around the U.S.

NOTABLE IN THE NEW YEAR

The Flight 93 National Memorial in Pennsylvania is scheduled to open the Tower of Voices in September. The structure will be part of the commemoration of the United Airlines plane that crashed on Sept. 11, 2001. It will rise 93 feet (28 meters) and will feature 40 chimes, a symbolic representation of the 40 passengers and crew who perished in the crash of Flight 93.

In Seattle, the Space Needle completes its renovation in the spring. New features include a multi-level, floor-to-ceiling glass viewing experience, open-air outdoor observation deck and glass benches designed to make visitors feel like they’re floating on air. Two observation levels will be connected by a steel-and-wood staircase with glass oculus. The see-through glass rotating floor of the observation deck and lounge will open up a new view looking down.

This year marks the 175th anniversary of the Oregon Trail . Take a forest hike in the wheel ruts of wagons that carried settlers westward, visit a living heritage museum like the Philip Foster Farm or learn more about the trail’s history at the End of the Oregon Trail Interpretive Center.

Washington D.C.’s National Cherry Blossom Festival, March 20-April 15, will be hosted in a new neighborhood, The Wharf, a 24-acre (10-hectare) development along the Potomac River with three hotels, 20 restaurants, four piers, a water taxi with service to Georgetown and an electric “jitney” boat that will shuttle visitors from the Wharf to the park behind the Jefferson Memorial and Tidal Basin. On April 7, there will be a “Petalpalooza” festival with pink fireworks.

Motorcycle fans will want to be in Milwaukee for Harley-Davidson’s 115th anniversary hometown bash Labor Day Weekend, Aug. 29-Sept. 2, including a parade.

In Albuquerque, New Mexico, the Sawmill Market is expected to open this year, serving as the hub of the new Sawmill District neighborhood, north of Historic Old Town. The former industrial area will be a destination for art, entertainment, food and shopping, with a food hall and more at the Sawmill Market. Meanwhile a 50-mile activity loop recently opened in Albuquerque, connecting bike paths through destinations from the Sandia Mountains to the Bosque trail along the Rio Grande.

Stargazers will want to plan trips to central Idaho, which has just been designated as home to North America’s first Dark Sky Preserve. The preserve includes Sun Valley, the Sawtooth National Recreation Area and wilderness areas.

MUSEUMS AND OTHER OPENINGS

In Indianapolis, the Children’s Museum opens the Riley Children’s Health Sports Legends Experience on March 17, with 12 outside sports experiences and three indoor exhibits devoted to physical fitness and sports history.

In Richmond, Virginia, Virginia Commonwealth University will open the Institute for Contemporary Art in April.

In Montgomery, Alabama, a new museum dedicated to slavery and its legacy is scheduled to open in April. The Legacy Museum: From Enslavement to Mass Incarceration is a project of the Equal Justice Initiative, a nonprofit that provides legal representation to indigent prisoners, those who may have been wrongly convicted and defendants in Alabama death penalty cases.

The Glenstone Museum in Potomac, Maryland, is expanding, opening a new museum building by the end of the year along with additional acres for outdoor sculpture.

In St. Louis, the Gateway Arch Grounds and Museum opens July 4 with biking and running trails, space for outdoor concerts and indoor events and the new Jefferson Memorial Expansion Museum commemorating the westward expansion of the United States.

In New York City, Spyscape, a museum experience about the world of hacking, espionage, code-breakers and investigative journalism, opens in late January.

The Farm Wisconsin Discovery Center in Manitowoc, Wisconsin, opens in June. It’s an agricultural center that shows visitors where food comes from, how it’s produced and who’s producing it, including a birthing barn for calves.

In addition to the usual theme park attraction openings — including Toy Story Land at Disney World — a new water sports park is expected in Orlando this summer. Nona Adventure Park will feature an inflatable, floating obstacle course, wakeboarders pulled along by cables and a 60-foot (18-meter) climbing tower with a ropes course.

Miami is getting its first Italian food hall, La Centrale, at Brickell City Center, as well as a TimeOut Market with dining, bars and art on Drexel Avenue. The Institute of Contemporary Art just opened in a new home in Miami’s Design District.