CHANGSHA, Dec. 26 (Xinhua) -- A new railway was put into operation Thursday to offer faster access into a hinterland area, which despite its scenic mountains has been a major bastion of poverty in China. 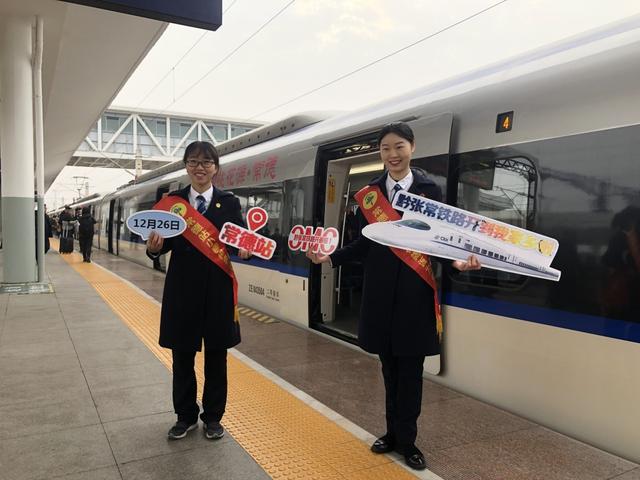 The rail line links Qianjiang District of the southwestern Chongqing Municipality and the city of Changde in central Hunan Province, passing seven railway stations with a maximum speed of 200 kph in its initial phase of operation.

It boasts a station in the city of Zhangjiajie, known for its pillar-like mountains that are said to have influenced the scenery in the film "Avatar." It is regarded as both an engineering feat and a powerful aid to the local poverty reduction drive.

The railway, about 335 km in length, is part of a major rail line connecting Chongqing, Changsha in Hunan and Xiamen in east China's Fujian Province.

The design of the railway started in 2009 and its construction began in December 2014.

"We have successfully solved the global problem of how to pass rail lines through treacherous karst regions," said Liu Tingxi, chief designer of the rail line, referring to the limestone region with sinkholes, underground streams and caverns.

About 143 km of the rail line passes through the karst region, said Liu, adding that "it is where the attractive scenery is, but also where the risks for the project lie."

Due to the mountainous terrain of the region, constructors built 104 tunnels and 196 bridges, whose total length accounts for about three-quarters of the rail line.

On Thursday, a crowd of impoverished villagers held festive celebrations at a station in Sangzhi County, Zhangjiajie, to mark the arrival of their "first railway."

"It is a railway that locals have anticipated for many years," said Wu Yongqing, one of the revelers. "Poor traffic has been the bottleneck of our economy for years. We expect the new railway to take our local products out and bring tourists in."