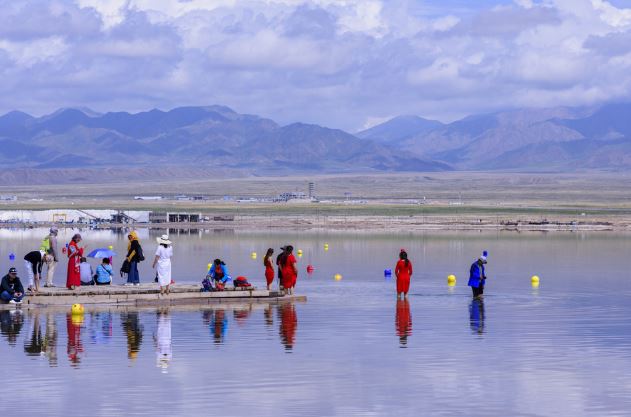 The park is a new addition to tourism infrastructure at the lake, an eastern gateway to Qaidam Basin, which reserves one of the largest salt mines in the world.

With its snow-white lake bed and crystal blue water, the lake has earned the moniker "the Mirror of the Sky."

Located at 3,100 meters above sea level in Ulan county, the oval-shaped lake is 15.8 km long and 9.2 km wide, covering a total area of 105 square kilometers. It is about four hours' drive from Xining, capital of Qinghai province.